Home U.S Kellyanne Conway and daughter Claudia call a truce as they celebrate the...
U.S

By Alicia Quarles For Dailymailtv

Kellyanne Conway’s ongoing rift with her outspoken daughter Claudia appears to have been put to the side to celebrate the 16-year-old’s birthday.

An eyewitness who saw the mother-daughter duo told DailyMail.com that Anti-Trump TikTok star Claudia was having a birthday party with a few of her teen friends at the restaurant and at one point Kellyanne gave her daughter a hug.

‘She and her mom seemed to be getting along great,’ they said. 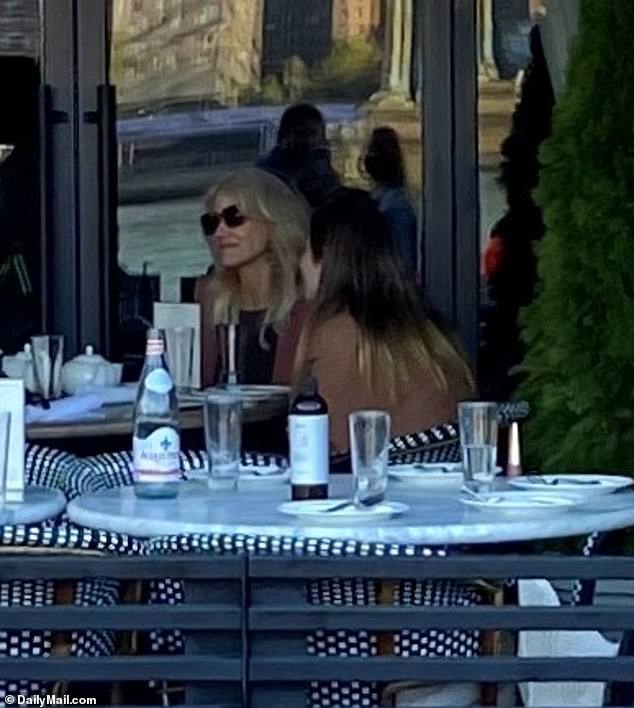 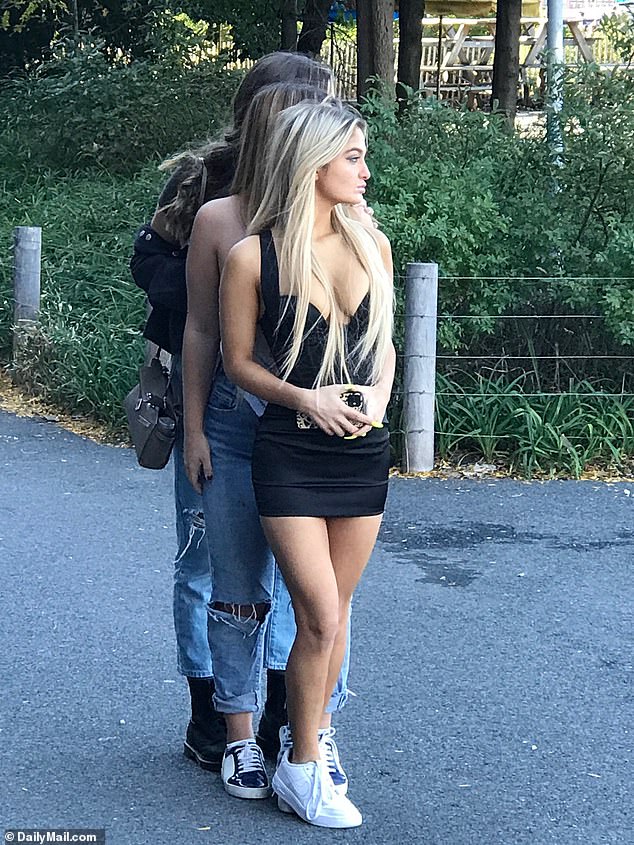 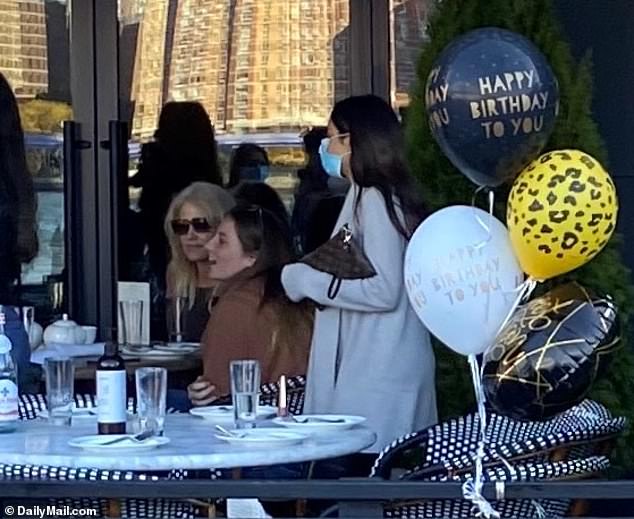 ‘She and her mom seemed to be getting along great,’ our source said. TikTok star Claudia was seen having a birthday party with a few of her friends at the restaurant and at one point Kellyanne gave her daughter a hug

This appears to be the Conways’ first public sighting since both Kellyanne and Claudia tested positive for COVID-19.

Claudia had been vocal about her diagnosis on TikTok -to her mother’s dismay.

Just last week, Claudia claimed that her oxygen levels were low and that her famous mother was refusing to take her to the hospital.

The teen shared a video to the social media site, in which she used a pulse oximeter to take her oxygen saturation levels.

‘It won’t stop beeping my oxygen is low haha!’ she wrote in the video’s caption.

‘Do I go to the hospital now?’ Claudia asked in the short clip.

It would seem Claudia made a full recovery as she was seen Saturday posing with friends in a sleek black mini dress and sneakers. She nor Kellyanne were seen wearing a mask.

DailyMail.com photos show several birthday balloons around the tables. Our source said that the small party sang Happy Birthday before her mother gave her a huge.

‘Kellyanne went up to her, from her separate table, gave her a hug, and handed her an envelope,’ they said. 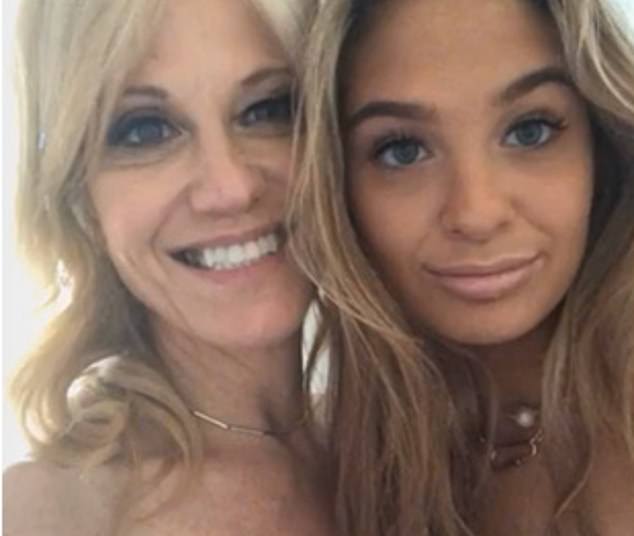 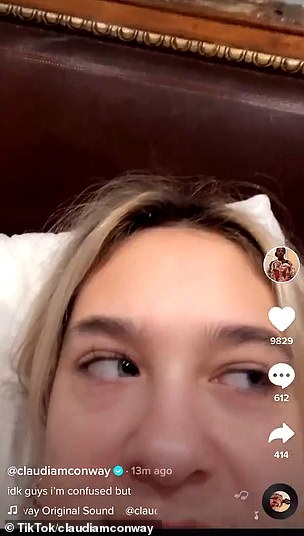 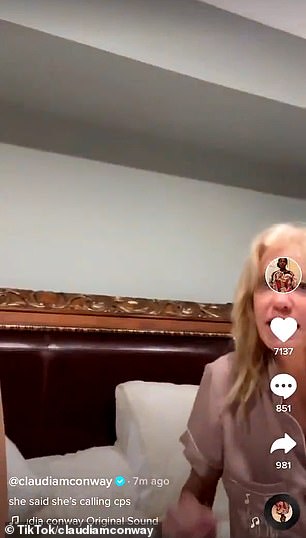 Earlier this month, Kellyanne feuded with her daughter about her diagnosis in the teenager’s TikTok video 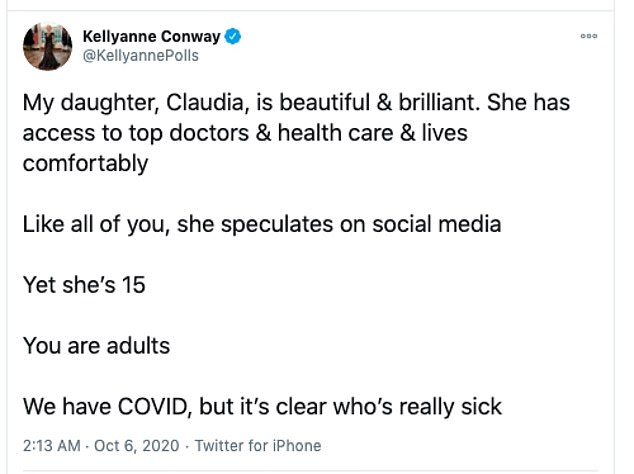 Conway also took aim at people criticizing her daughter on social media, saying she was ‘beautiful and brilliant’

The Conway family has come into the spotlight as both her Claudia and Kellyanne’s  husband George are vocal anti-Trump advocates.

Earlier this month, Kellyanne feuded with her daughter about her diagnosis in the teenager’s TikTok video.

Claudia posted on the site to ‘clarify’ her claim that the Donald Trump aide had ‘lied’ about her test result on Friday – but the pair argued in the video as Kellyanne accused her daughter of ‘lying about your f***ing mother’.

The teenager also claimed while Trump was in hospital that the president was ‘doing badly… and they are doing what they can to stabilize him’ – contradicting the optimistic picture painted by Trump’s medics.

‘My daughter, Claudia, is beautiful & brilliant. She has access to top doctors & health care & lives comfortably,’ Kellyanne wrote on Twitter. ‘Like all of you, she speculates on social media. Yet she’s 15. you are adults. We have COVID, but it’s clear who’s really sick.’

Claudia’s videos have made her an unlikely ‘whistleblower’ and social media star, but her mother cited a need for ‘less drama, more mama’ when she resigned from the White House this summer.

Facebook
Twitter
Pinterest
WhatsApp
Previous articleWest Brom boss Slaven Bilic worries that £14.95 pay-per-view fee is pricing fans out of football
Next articleMax George speaks out on intimacy 'ban' with others on Strictly: 'You get shouted at'

Teenage squatter dragged from house and pinned to the ground amid...
Read more
U.S

An Australian academic's Israeli boyfriend was the real reason she was detained by Iranian intelligence officers as she tried to leave the country...
Read more

Riley was also the only character to have been accepted as part of the group by Buffy's male friend, Xander Harris (Nicholas Brendon).Usually,...
Read more

The world's biggest club have had their pants pulled down: This...
Read more

Black Friday has officially begun, with the huge pre-Christmas sale kicking off today (Friday November 27). And in the run-up to the clock...
Read more
Load more

Manchester United have had their pants pulled down: This cyber-attack is...