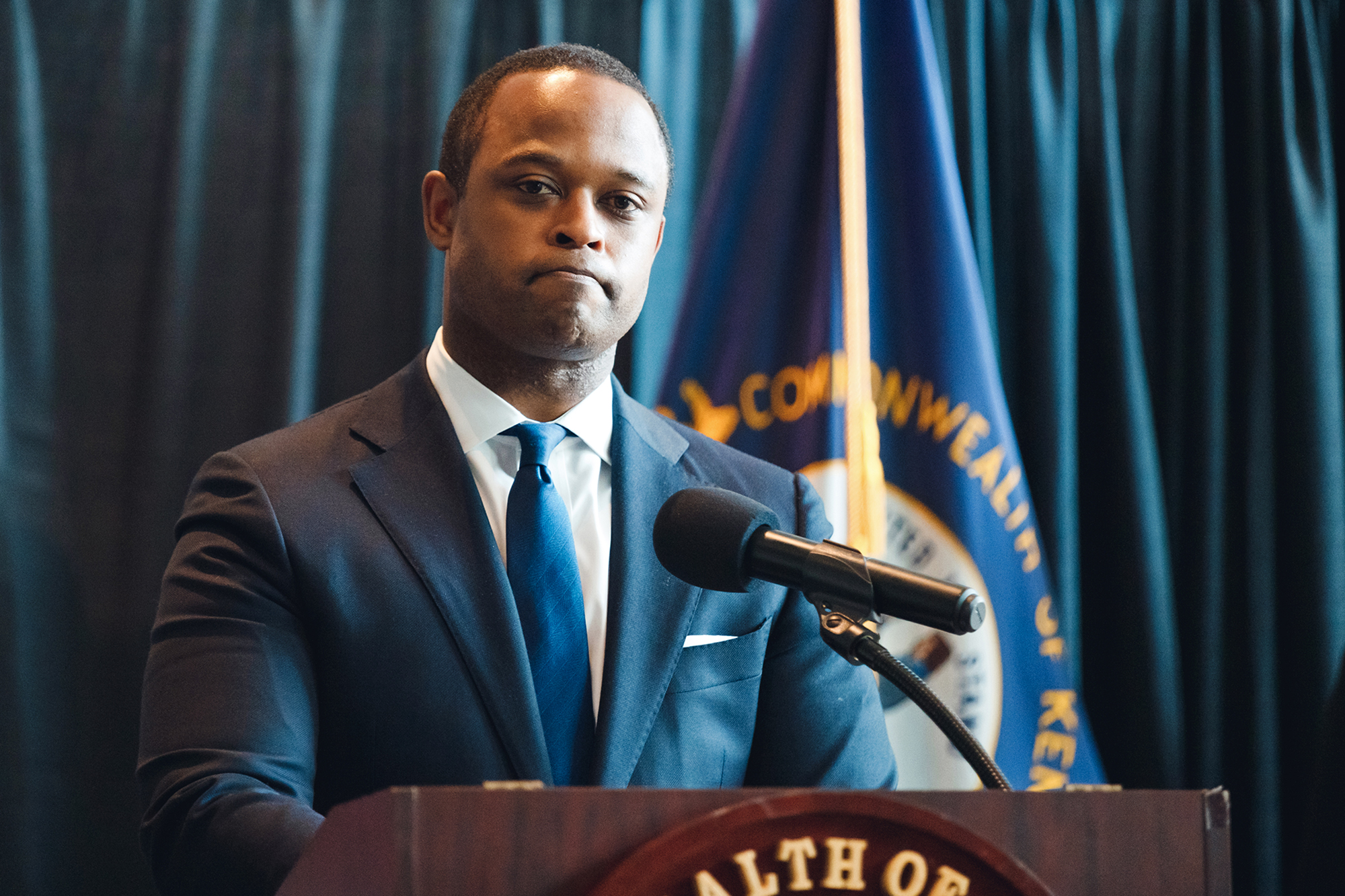 Kentucky’s first black attorney general has called “disgusting” attacks on him over his handling of the Breonna Taylor case “beyond the pale” — saying they highlight the hypocrisy of “intolerant” liberals.

Daniel Cameron, 34, told the National Review that most of the attacks centered on the fact that he is a black conservative — including Megan Thee Stallion’s “pretty disgusting” performance comparing him to “sellout Negroes that sold our people into slavery.”

“There’s a long list of black conservatives who have been disparaged just because of the political philosophy that we have,” Cameron told the conservative magazine.

“I hope it exposes the intolerance of the Left and how they don’t respond in civil public conversation or discourse. The way they respond is to hurl insults at black conservatives, and it’s disappointing,” he went on.

“There are really a lot of intolerant people here to black folks who might have different philosophical views or don’t subscribe to a liberal orthodoxy.”

He recalled how the left-leaning Lexington Herald-Leader last year ran a cartoon showing him holding onto the coattails of someone in a Ku Klux Klan hood and robes, suggesting “you’re a racist following the KKK unless you hate” President Trump.

“I wake up every day and my skin is black and I’m fully aware of that,” Cameron told the National Review.

He said the anger at the Taylor decision — in which a grand jury ruled against charging any of the cops for her fatal shooting — was because people “had already made a determination” about the case.

“Sometimes the criminal law is inadequate to respond to or address a tragedy,” he told National Review of the decision not to charge. “Frankly that, in my judgment, is the case here,” he said.

Cameron also ripped the ongoing violent protests across the nation.

“Peaceful protest has been a part of our history,” he told the mag. “But when we see these violent elements try to hijack peaceful protests and we’ve seen some of the looting and vandalism and burning of American cities, I mean that is disheartening.”

North Korean leaders are nervous about President-elect Joe Biden’s forthcoming administration and are waiting to see what his policies are before adjusting strategy,...
Read more
News

Facebook has mistakenly blocked the advertising of some small businesses as it relies more heavily on artificial intelligence to police its platform, according...
Read more
Load more