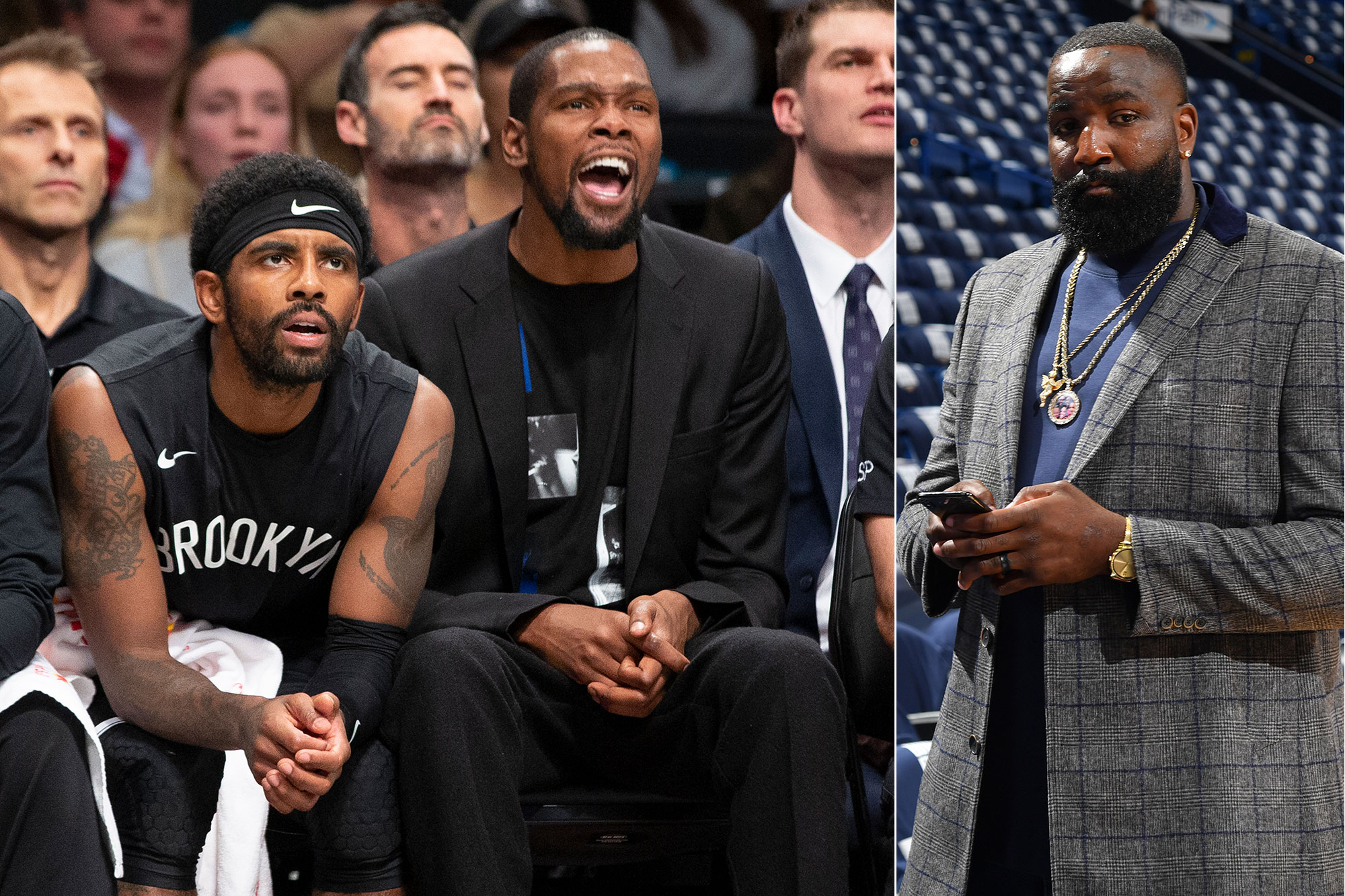 Kevin Durant has never had a problem with calling Kendrick Perkins out on social media, and that trend continued after Perkins went after Durant’s Nets teammate Kyrie Irving.

After Perkins publicly scrutinized Irving for raising concerns about the NBA’s restart plan in Orlando, in addition to taking away from the current Black Lives Matter movement across the country, Durant called Perkins a “sell out” in the comments of an Instagram post that quoted some of Perkins’ comments about Irving.

“No one is listening to Kyrie,” Perkins said on CBS Sports Radio Tuesday. “The NBA is going to continue. All he’s doing is causing unnecessary drama between the NBA brothers that we don’t need right now. Him lashing out is just making news and making a whole bunch of noise for nothing because the NBA season is going to happen.”

Durant and Perkins, who were teammates on the Oklahoma City Thunder, have a tumultuous history. From when Perkins flipped his middle finger at Durant in 2018 to going back and forth in a Twitter feud in January, it’s no surprise Durant would side with Irving, his friend and current Brooklyn Nets cohort.

On a call with over 80 NBA players last Friday, Irving, the vice president of the Players’ Association, reportedly “made an impassioned plea” for players to sit out the upcoming restarted NBA season, according to ESPN.

Perkins referred to Irving as a “popular voice” among players, but not a “powerful voice.”

“Right now, all Kyrie is doing is just trying to throw a wrench in something, but he don’t have the power to do so,” Perkins said. “When you’re powerful, you actually move the needle. Kyrie is not moving the needle. All he’s doing is ruffling the feathers for no reason. The NBA is going to continue.”

Ex-Athletics catcher Bruce Maxwell: I was pushed out of MLB for kneeling