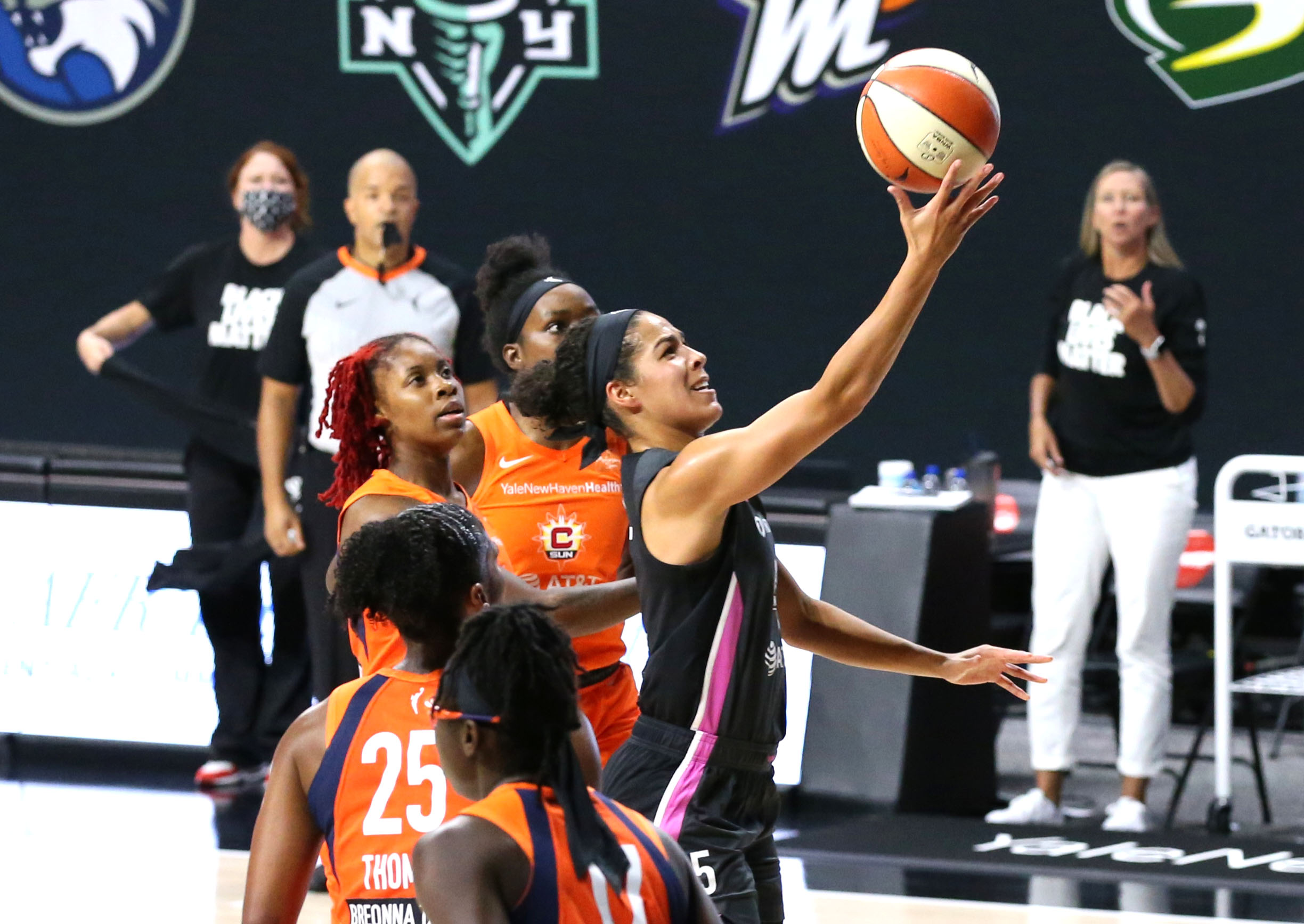 Kia Nurse, coming off the bench for the first time this season, scored 18 points for the Liberty (2-14), which didn’t have a starter score in double figures. Rookie Jazmine Jones sank a running 3-pointer from midcourt to beat the third-quarter buzzer, pulling New York within 52-48.

The Liberty are still without Sabrina Ionescu who still is recovering from an ankle injury she suffered on July 31.

Bonner made a baseline jumper on a broken play to give Connecticut a 67-61 lead with 16.7 seconds left. She was 7 of 23 from the field and made 12 of 13 free throws to reach 20 points for the second straight game.

Alyssa Thomas added 15 points, six rebounds, four assists and five steals for Connecticut (8-9), which has won five of its last seven games. Jasmine Thomas, averaging 11.5 points and 4.2 assists, did not play due to plantar fasciitis.

Both teams shot below 35 percent from the field, and the Liberty turned it over 18 times.