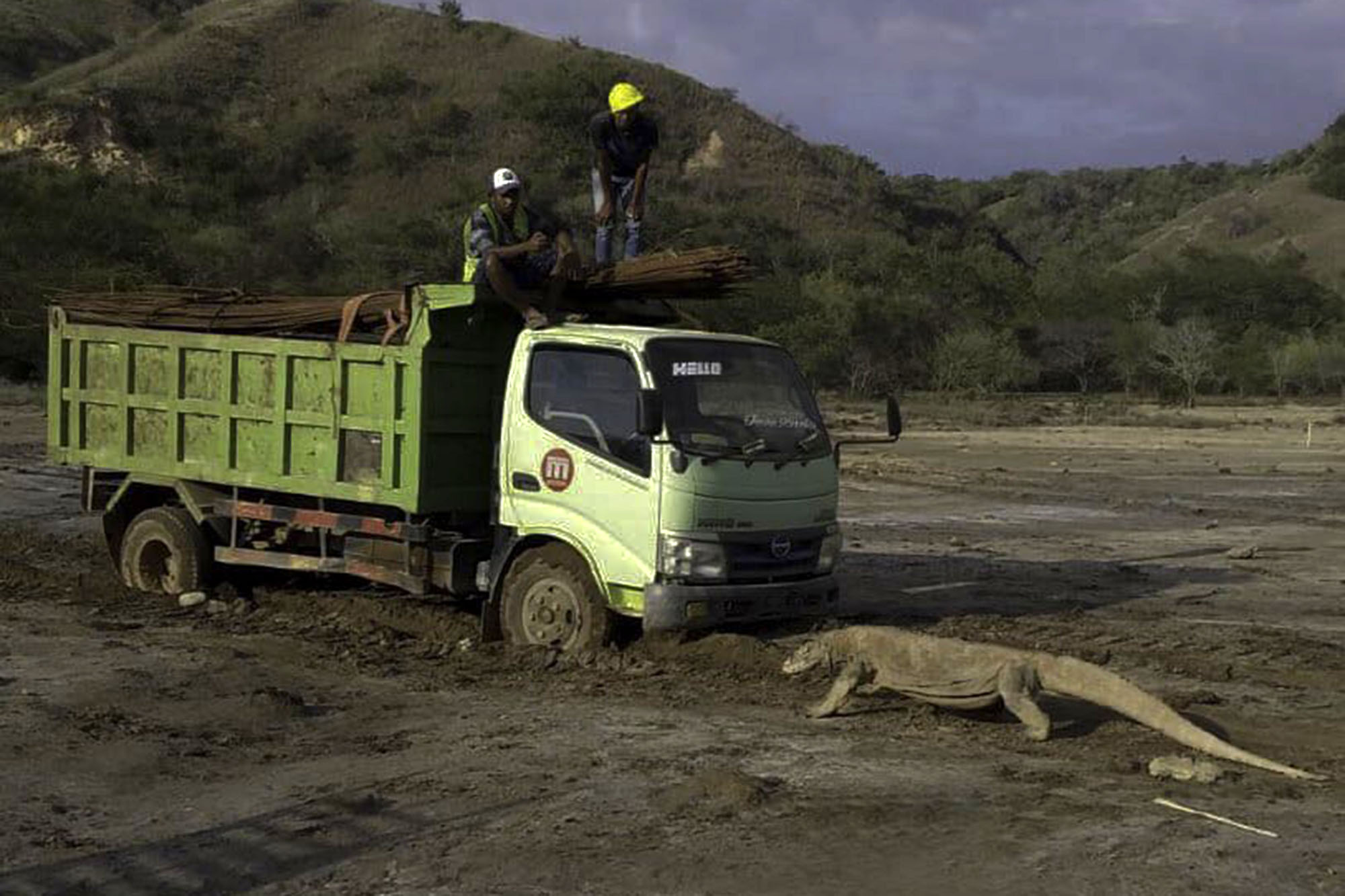 It’s not exactly a T-Rex, but a photo of a Komodo dragon has raised concerns about a “Jurassic Park” under construction on an Indonesian island, according to a report.

The giant reptile was captured standing in front of a truck in a viral image snapped at the multimillion-dollar site, which is part of the government’s plans to promote tourism at the Komodo National Park, the BBC reported.

Officials insisted that none of the famed dragons, which draw visitors from around the world, have been harmed.

Last year, plans were scrapped to close Komodo Island and kick out the 2,000 people who have lived alongside the reptiles for generations, according to the BBC.

Officials said they would introduce a $1,000 membership plan to visit the site – and also announced plans for tourist development on neighboring Rinca Island, home to the second-largest population of Komodos.

The project, which is expected to be completed in June 2021, has been dubbed “Jurassic Park” after the developers posted a video on Instagram set against the music from the dinosaur film franchise, which was launched in 1993.

The footage generated a lot of attention on social media, including on Twitter and Instagram, where the dragon facing the vehicle on Rinca Island was spotted.

“This is the first time Komodos are hearing the roar of engines and the smell of smoke. What will the future impact of these projects be? Does anyone still care about conservation?” wrote Save Komodo Now, an activist group.

Group member Greg Afioma told the BBC that the activists are worried that the planned development will affect the cold-blooded residents.

“This kind of massive development disturbs the interaction of the animals. It will change their habitat,” he said.

Government officials told BBC Indonesia that no Komodo dragons had been harmed during the construction work.

“No Komodo dragons will become victims,” said Wiratno, director-general of Nature Conservation and Ecosystems at the Indonesian Ministry of Environment and Forestry.

About 3,000 Komodos, which can grow to about 10 feet long, live in Indonesia, according to government data.

A Colorado congresswoman-elect, and pro-second amendment activist who straps a Glock to her hip, is looking to bring her weapon on Capitol grounds...
Read more
News

The emotional message finished: “We miss you every minute of every day. As you would say my darling, 'In a bizzle.' Love You.”The...
Read more

Fifteen alleged mobsters and associates involved in the Philadelphia and New Jersey mafia have been indicted on a string of charges, including federal...
Read more