Kris Jenner blames social media for the end of KUWTK

Keeping Up With The Kardashians was a ratings winner right out of the gate when it premiered in October 2007 on cable network E!.

It had been pitched by mom-of-six Kris Jenner to  TV host and producer Ryan Seacrest who was looking to bring a fly-on-the-wall show to E! following the huge success of MTV’s The Osbournes that ran from 2002 to 2005.

Kris persuaded him that she and her children – three daughters and a son with former O.J. Simpson defense attorney Robert Kardashian and two daughters with Olympic decathlete Bruce Jenner – would be a perfect fit. 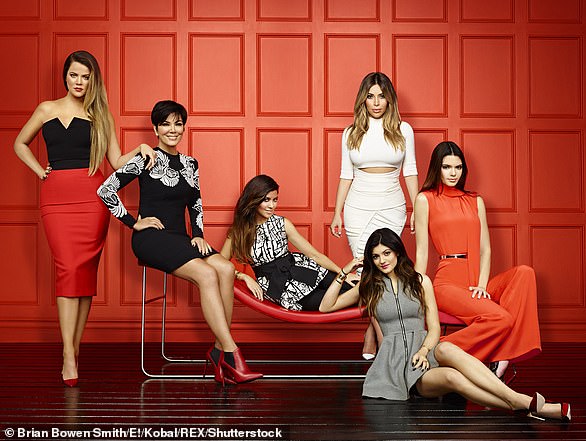 Fly on the wall: Keeping Up With The Kardashians was a ratings winner right out of the gate when it premiered in October 2007 on cable network E!

A few months before the first episode was set to air, a sex tape featuring Kris’ daughter Kim Kardashian was leaked, generating headlines and interest in the 27-year-old.

She had made the tape in 2002 with then boyfriend Ray J but the timing of its release five years later couldn’t have been better timed.

The publicity surrounding the sex tape considerably raised Kim’s public profile; until then she was best known for being an assistant to Simple Life star and hotel heiress Paris Hilton. 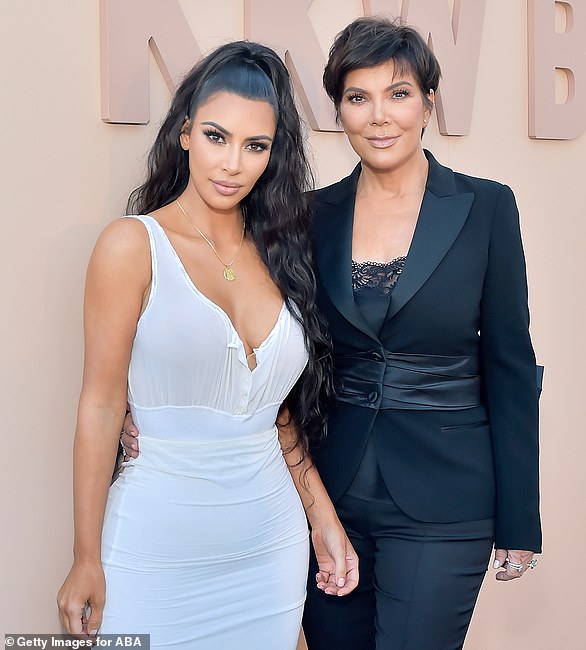 Timing: Kris Jenner masterminded the reality show and a few months before the first episode aired, a sex tape starring her daughter Kim was leaked, generating huge interest in the series

The E! series made global stars of Kim and her sisters Kourtney and Khloe Kardashian as well as her half-sisters Kendall and Kylie Jenner.

In the past 13 years, they have grown up on camera, sharing their life and loves, heartache and happiness, their changing faces and changing bodies, and the births of their own children.

More than that, though, they have taken TV fame and spun it into a huge money-making empire, with a lot of help from social media and some very clever marketing.

They mastered the art of keeping hundreds of millions of Twitter and Instagram users engaged with multiple posts a day and then found ways to make money from it.

They used their platforms to sell everything from makeup and perfume to waist trainers and underwear, while also striking lucrative endorsement deals and signing up for high-paid public appearances.

Throughout it all, Kris has managed her children’s careers, taking 10 percent of their earnings in addition to her own fees from the TV show and its spin-offs.

While KUWTK may be coming to an end after 20 seasons, there’s no doubt we haven’t heard the last of the momager, her kids and grandkids.

Kylie Jenner – KUWTK made her a billionaire (well, almost)

She is the youngest of Kris Jenner’s six children but she’s also now the richest. 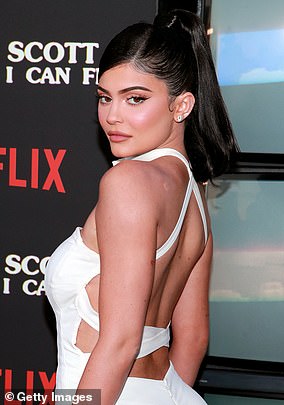 Kylie Jenner, 23, is the youngest but richest of the KUWTK stars

Kylie, 23, made the cover of Forbes magazine in 2019 as the ‘the world’s youngest self-made billionaire’ after she sold 51 percent of her Kylie Cosmetics company to beauty giant Coty in a deal valued at $1.2 billion.

Forbes subsequently retracted the ‘billionaire’ title reckoning that, in reality, she was only worth an estimated $900 million.

Kylie’s personal wealth came thanks mainly to her decision to start getting lip fillers when she was 18. And while she initially denied getting enhancements, she later acknowledged it and launched a collection of lip kits in 2015.

The following year, due to the tremendous success of her initial products, she launched Kylie Cosmetics.

Kylie has also partnered with sister Kendall in a clothing line, founded her own skincare line, Kylie Skin, and released her own fragrance through half-sister Kim Kardashian’s KKW Beauty.

It can certainly be argued that without her sex tape, she and her family might never have achieved unimaginable wealth.

But while Kim Kardashian Superstar raised her profile, Kim, 39, made sure to capitalize on every opportunity that came her way subsequently. 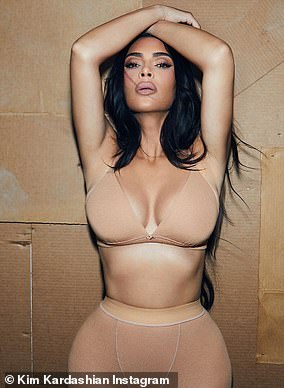 Unquestionably the star of her family’s reality show, her televised 2011 wedding to NBA pro Kris Humphries was a ratings blockbuster. Her divorce and subsequent marriage to rapper Kanye West kept fans fascinated by her private life.

In 2014, she launched mobile game app Kim Kardashian: Hollywood and it made $1.6 million in the first five days after its release. In 2015, she released her own range of Kimojis.

In addition to her TV fees, paid endorsements and appearances, the bulk of Kim’s wealth comes thanks to her KKW Beauty company.

In 2019, the Product line raked in $100 million and she gained $200 million by selling a 20 percent stake in the company to Coty, the same company that bought Kylie’s brand.

Her SKIMS shapewear launched last year is also a huge revenue generator and she can earn up to $1 million for a paid Instagram post. 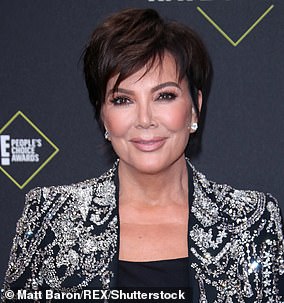 As her daughters’ manager, Kris, 64, get a 10 percent cut of each of their earnings

Kris, 64, is the mastermind behind everything Kardashian, and that’s how she makes her fortune.

In 2018, Forbes reckoned her net worth to be $37.5 million but it’s certainly grown plenty since then with some placing her true net worth at somewhere between $90 and $140 million.

The bulk of her income comes from her 10 percent fees as the manager of her children’s careers.

She also has stakes in some of her kids’ companies; for example, when Kylie sold her cosmetics company in 2019, Kris pocketed $60 million from the deal, Forbes reported.

Khloe Kardashian – denim and workouts bring her an estimated $50 million 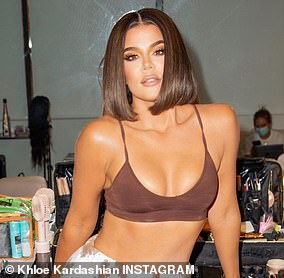 Khloe Kardashian, 36, has dramatically transformed her look during the series

Khloe, 36, has carved out her own niche in the Kardashian family marketplace.

She is perhaps the sister who has most transformed their look in recent years, almost to the point of being unrecognizable.

Her fitness regimen in the wake of her divorce from Lamar Odom helped land her her own TV show Revenge Body, and she also hosted the TV chat show Kocktails With Khloe.

In 2016, she founded Good American, which began with a line of jeans and has since expanded to include bodysuits, activewear and swimwear. 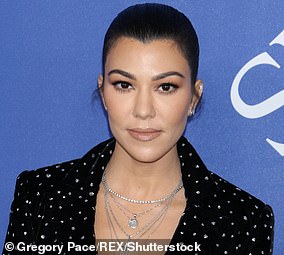 Kourtney Kardashian, 41, makes most of her money from the TV show

Kourtney, 41, the eldest of the Kardashian siblings, is most reliant on the TV show for her income.

In 2017 she partnered with fashion retailer Pretty Little Thing.

Then last year, Kourtney launched her lifestyle website Poosh where companies can sell their products directly to consumers attracted to Kourtney’s brand. 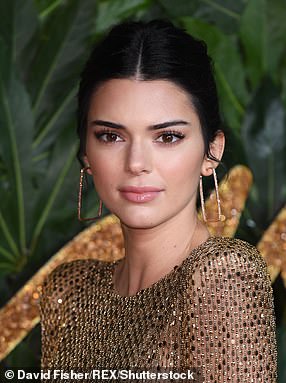 Kendall, 24, turned her attention several years ago to trying to fulfill her dream of becoming a fashion model.

Thanks to her TV and social media celebrity, she won contracts with some of the world’s top brands making her the highest-paid model of 2018, according to Forbes.

Forbes estimated her net worth at $22.5 million but it’s only increased since then.

She has also teamed up with younger sister Kylie for clothing, jewelry and swimwear lines and like the rest of her sisters, she gets plenty of paid endorsement work.

Rob, 33, is the only boy in the family of girls and has played a much more low-key role in the KUWTK world.

Initially featuring on the reality show, he subsequently retreated from the spotlight as he battled a number of health issues.

He had his won sock company Arthur George and in 2016, he agreed to star in a spin-off Rob & Chyna, that followed his relationship with fiancee Blac Chyna and the birth of their daughter Dream.

His estimated $10 million net worth comes mostly from his TV appearance fees.

University of Bristol palaeontologist Professor Mike Benton has said that the ancestors of both mammals and birds became warm-blooded at the same time, some...
Read more
U.S

Woman in her 30s who died on flight in JULY was suffering from COVID-19, officials now reveal

Woman in her 30s who died on flight from Arizona to...
Read more

“Coming in from the cold requires hot drinks, and something delicious to eat, and these delicious spiced muffins are perfect.“They are super easy,...
Read more

'He's living for goals - you can totally rely on him':...
Read more

Back into the basement he goes. Democratic presidential nominee Joe Biden is back at his Wilmington, Del., home and will not return to the...
Read more
Load more

Naomi Campbell says she was told certain things she did when...