Homicide detectives have launched an investigation following the discovery of a human body inside a Los Angeles storage unit.

LA County Sheriff’s Deputies were called to the Hawaiian Gardens facility on Thursday evening after employees reported a strong order emanating from a locker.

Police and paramedics broke into the unit shortly after 6 pm, at which point they discovered the corpse. 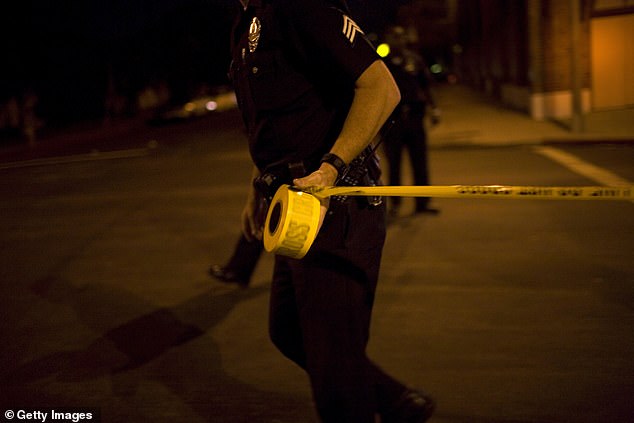 According to KTLA, a StorAmerica self-storage facility on Carson Street was where the grisly discovery was made

Investigators say the deceased was a white male aged between 30 and 35.

They are currently working to determine his identity, and did not immediately say whether it was clear how he died.

Detectives did not reveal how long they believe the body had been inside the storage unit.

While they did not name the specific facility where the corpse was uncovered, they stated that the discovery was made on the 12300 block of Carson Street.

According to KTLA, a StorAmerica self-storage facility is the only such business in the area.

The discovery was made in the Hawaiian Gardens neighborhood, southeast of downtown Los Angeles

A fourth-grader from New Mexico has been pictured lying outside of his elementary school, closed because of the coronavirus pandemic, in order to...
Read more
U.S

Amazon has announced a new upgrade to its talkative Alexa voice assistant that’s sure to make life a little easier for those who...
Read more

'There's nothing more draining than when you know you're not going...
Read more

“Johnny's just never kind of involved her in the initial stages or indeed told her the full story at any point,” she added.“So...
Read more

Fauci: COVID-19 taskforce only meets weekly despite US case surge

Despite increasing infections in seventy-five percent of the U.S., The White House coronavirus task force has met just twice in the past two...
Read more
Load more