Lawyer charged with plotting to kill missing Connecticut mom Jennifer Dulos along with her ex-husband Fotis is released on compassionate grounds after posting $200,000 bond

The lawyer charged with plotting to kill missing Connecticut mother Jennifer Dulos along with her estranged husband Fotis, who killed himself last year, was released on bond on Monday after posting a $200,000 bail.

Kent Mawhinney has been in custody since January, when he was arrested on suspicion of conspiracy to murder Jennifer Dulos.

He was friends with her estranged husband Fotis and, according to prosecutors, had plotted with him to kill her.

Fotis killed himself in January while awaiting trial.

His ex-girlfriend, Michelle Troconis, and Mawhinney are now the only people left to answer to what happened to Jennifer, who vanished in May 2019 after dropping her four kids off at school. 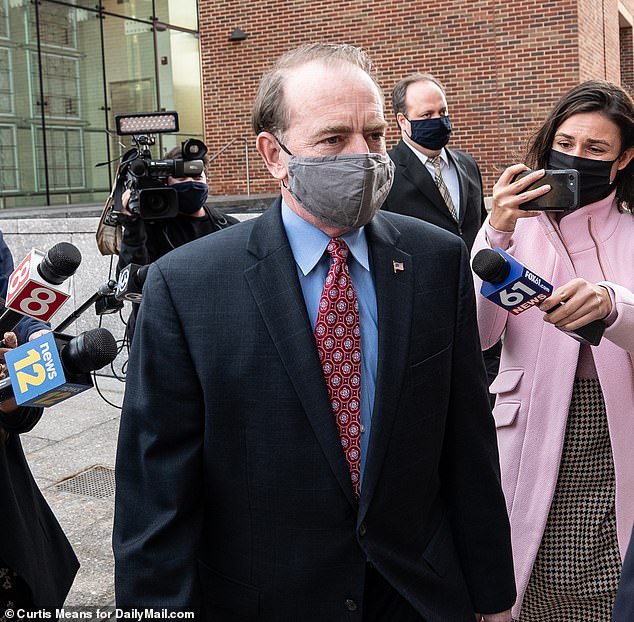 Kent Mawhinney has been in custody since January, when he was arrested on suspicion of conspiracy to murder Jennifer Dulos. He is shown leaving custody on Monday

Mawhinney pleaded not guilty earlier this year. This month, he had his bond lowered from $2million to $200,000.

He was released on Monday after asking to be let out to visit his ailing 86-year-old father in Florida.

Mawhinney said his father has cancer that is spreading through his body. He put up cash and property to be let out.

Prosecutors think he and Dulos – who killed himself before he could stand trial earlier this month – had a pact that they would help each other get rid of their wives.

Mawhinney was in the midst of his own divorce when Jennifer vanished. His wife previously told police she was scared for her life.

Now that Dulos is dead, only Mawhinney and Dulos’ then girlfriend, Michelle Troconis, are alive to answer for Jennifer’s disappearance and presumed murder. 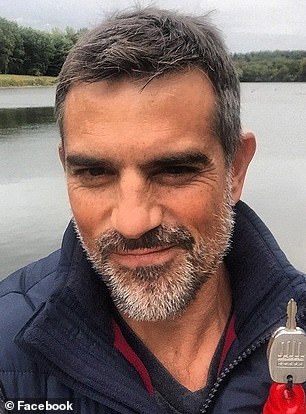 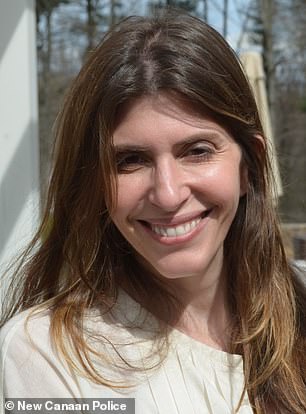 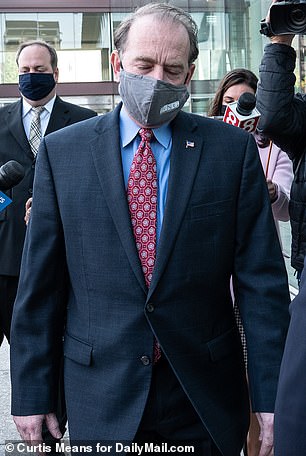 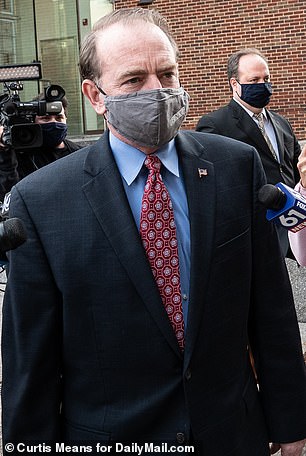 Her body has never been found but police think Dulos lay in wait for her in her garage in New Canaan, Connecticut, on May 24 then attacked her and drove her body out of the home in her own car.

He vehemently denied having anything to do with her disappearance and claimed he did not know what had happened to her.

On January 30, Dulos was declared dead two days after poisoning himself with carbon monoxide in his garage.

He was on bail for Jennifer’s murder at the time and had left a note protesting his innocence.

The day he gassed himself, he was due back in court for a bond hearing that could have sent him to prison.

They had been fighting over custody of their five children and over Jennifer’s family money for months before Jennifer vanished. She has not been seen since.

The kids now remain in the care of her mother, Gloria Farber. Mawhinney has always insisted he is innocent.

Teenage squatter dragged from house and pinned to the ground amid...
Read more
U.S

An Australian academic's Israeli boyfriend was the real reason she was detained by Iranian intelligence officers as she tried to leave the country...
Read more
U.S

Black Friday has officially begun, with the huge pre-Christmas sale kicking off today (Friday November 27). And in the run-up to the clock...
Read more

Speaking on Jamie and Brianna’s meeting, Sophie remarked: “The fans have been waiting so long, and Jamie and Bri have, well Jamie has...
Read more

Teenage squatter dragged from house and pinned to the ground amid...
Read more

Australian Open could be pushed back by TWO weeks until the...
Read more
Load more