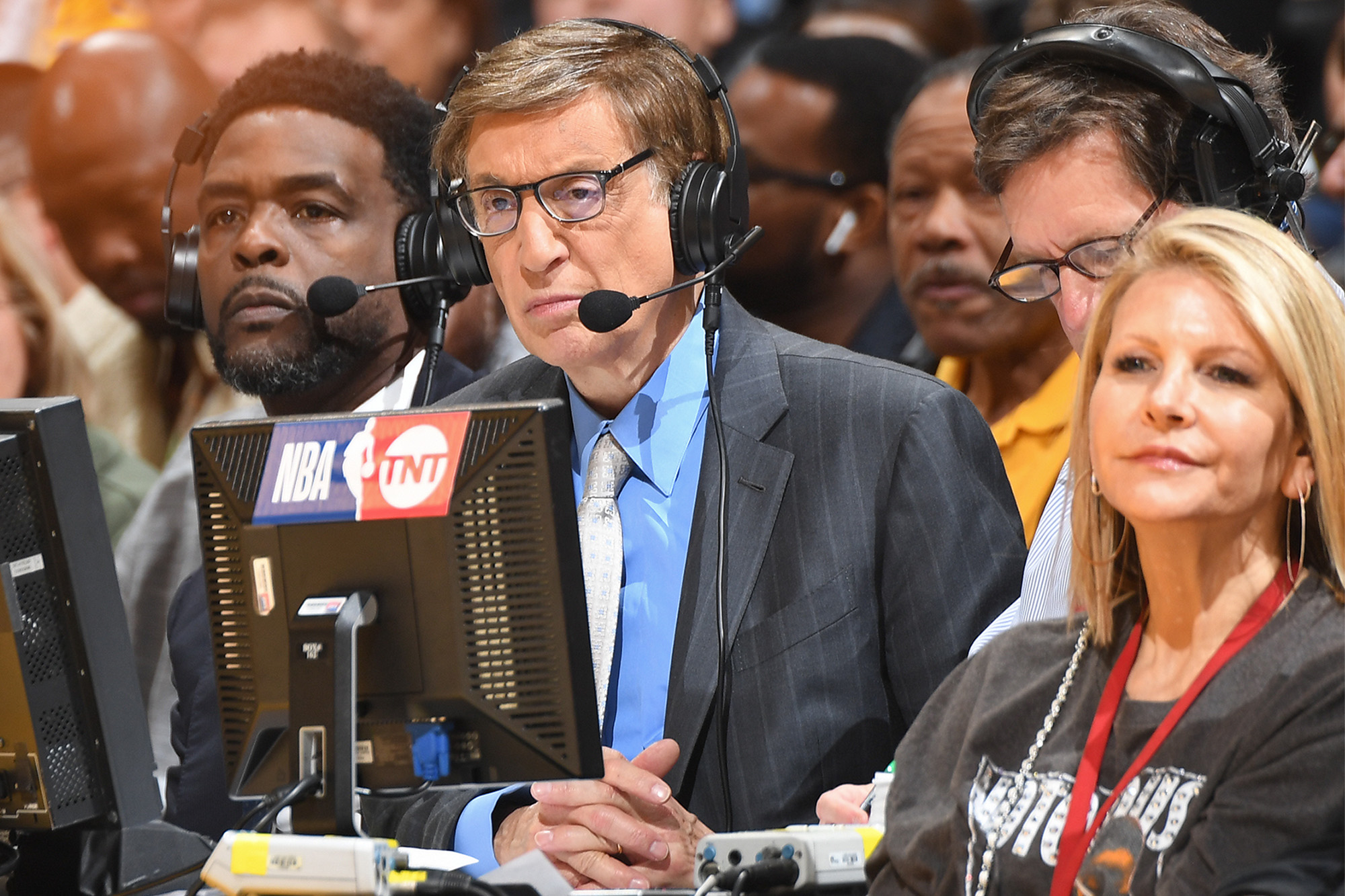 Marv Albert, arguably the greatest NBA play-by-player of all-time, will not be part of TNT’s coverage when the NBA resumes its season in July at Disney World in Orlando, Fla., The Post has learned.

Albert, 79, has been the longtime lead voice for Turner, but will not be a part of the coverage with the NBA planning to have its national announcers on site in the league’s bubble.

COVID-19 has impacted people of all ages, but has been more dire for those 65 years and older.

ESPN’s Hubie Brown, who is 86, also may not be in Orlando.

Turner has Kevin Harlan, Ian Eagle and Brian Anderson as its other play-by-players. Harlan has been TNT’s No. 2 for years behind Albert.

After this season, Albert has one more year remaining on his contract with TNT and the previous Turner regime, led by David Levy, had a plan to move Anderson in as Albert’s replacement.

However, with Jeff Zucker now in charge, those plans have been scuttled and Albert has shown no intention to retire.

But for this unusual conclusion of a season, the voice most synonymous with the NBA will not be on hand.

Tom Brady is worth the coronavirus risk for Bruce Arians

China's mask slips: What Beijing is REALLY telling its people about...

New iPhones will have OLED displays, but no chargers or earbuds:...