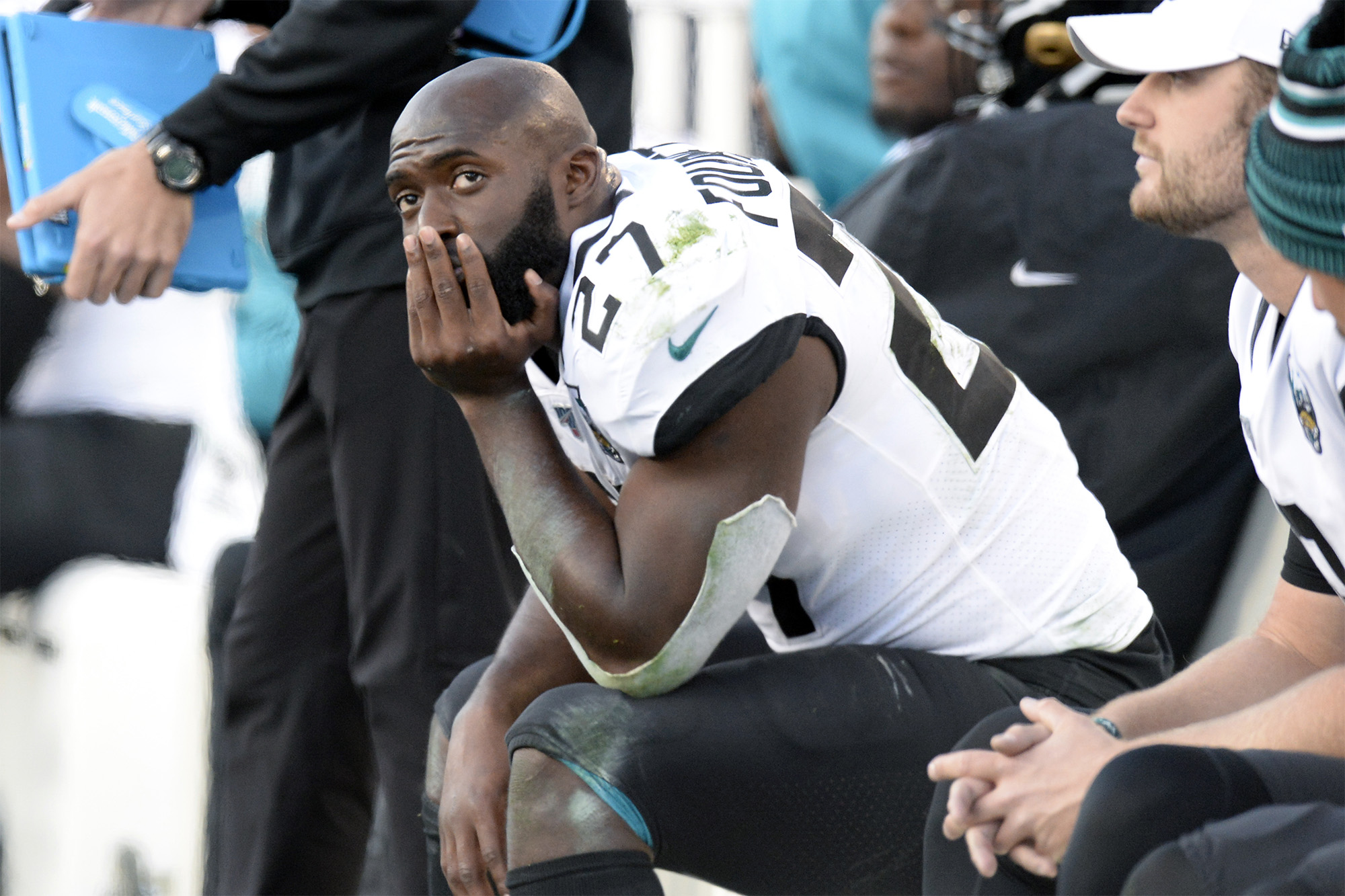 Leonard Fournette’s Jaguars career is over, but the running back hasn’t forgotten about the money he believes he is owed.

After going unclaimed on Tuesday, a day after the 25-year-old former first-round pick was surprisingly waived, ESPN reported he plans to file a grievance with the league to recoup the $4.167 million in base salary that the team voided.

The Jaguars told Fournette late in 2018 they were voiding the remaining guarantees in his four-year contract after he was suspended one game by the NFL for getting into a fight against the Bills.

But that hasn’t been resolved, Pro Football Talk reported.

The fourth pick in the 2017 NFL Draft out of LSU, picked ahead of the likes of Jamal Adams, Christian McCaffrey and Patrick Mahomes, Fournette rushed for 1,152 yards and three touchdowns last year and helped the Jaguars reach the AFC title game two years ago.

But his value has fallen far, as the league has moved away from bruising running backs, and Jacksonville couldn’t get anything in return for him in a trade.

“We couldn’t get anything. A fifth, a sixth — anything,” coach Doug Marrone told reporters on a Zoom call on Monday morning.

The Tom Brady doubters are in trouble now

US election 2020: What is 'packing the court'? Will Democrats RESHAPE...

Narcissists are more likely to get involved with political activities, study...

South China Sea crisis: Beijing’s show of military might as US...

US election 2020: What is 'packing the court'? Will Democrats RESHAPE...