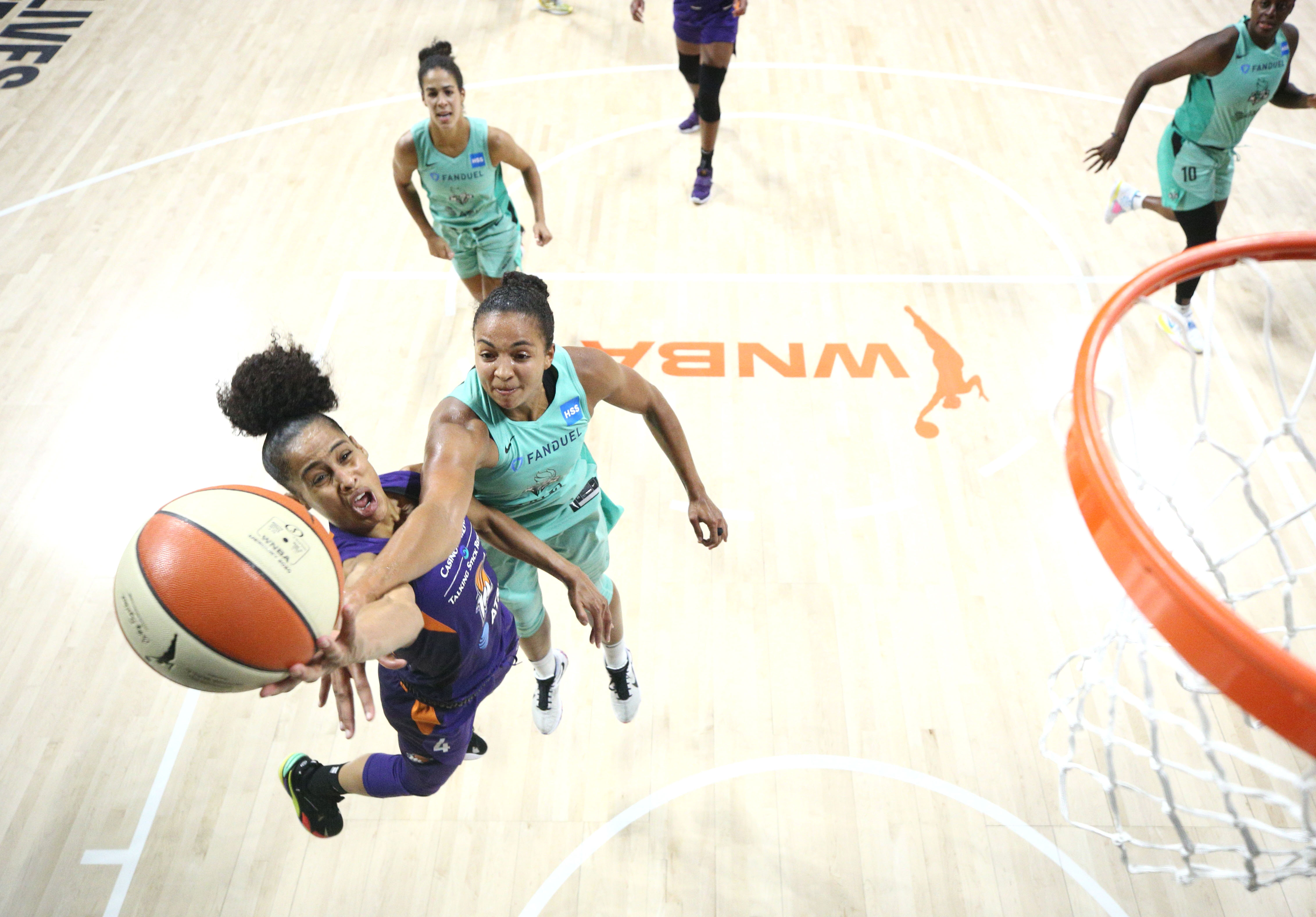 The Liberty (2-16) were eliminated from playoff contention, the first team to drop out. They were once again without star Sabrina Ionescu who still is recovering from an ankle injury and has been out since July 31.

Diggins-Smith was 11 of 19 from the field and grabbed seven rebounds. Shatori Walker-Kimbrough added 15 points, Kia Vaughn 12 and Sophie Cunningham 10. The Mercury were 10 of 30 from 3-point range. The Liberty shot 27 percent overall, going 4 of 35 on 3s.

The Mercury (12-7) led by seven at halftime and built an 18-point lead late in the third quarter, with Diggins-Smith and Cunningham each scoring eight points in the period. The Liberty got within eight in the fourth before an 11-1 run — capped by Vaughn’s jumper — put the game away.

Joyner Holmes had 13 points and 13 rebounds for the Liberty, Layshia Clarendon added 12 points, Kia Nurse 11 and Jazmine Jones 10. They have lost four straight.