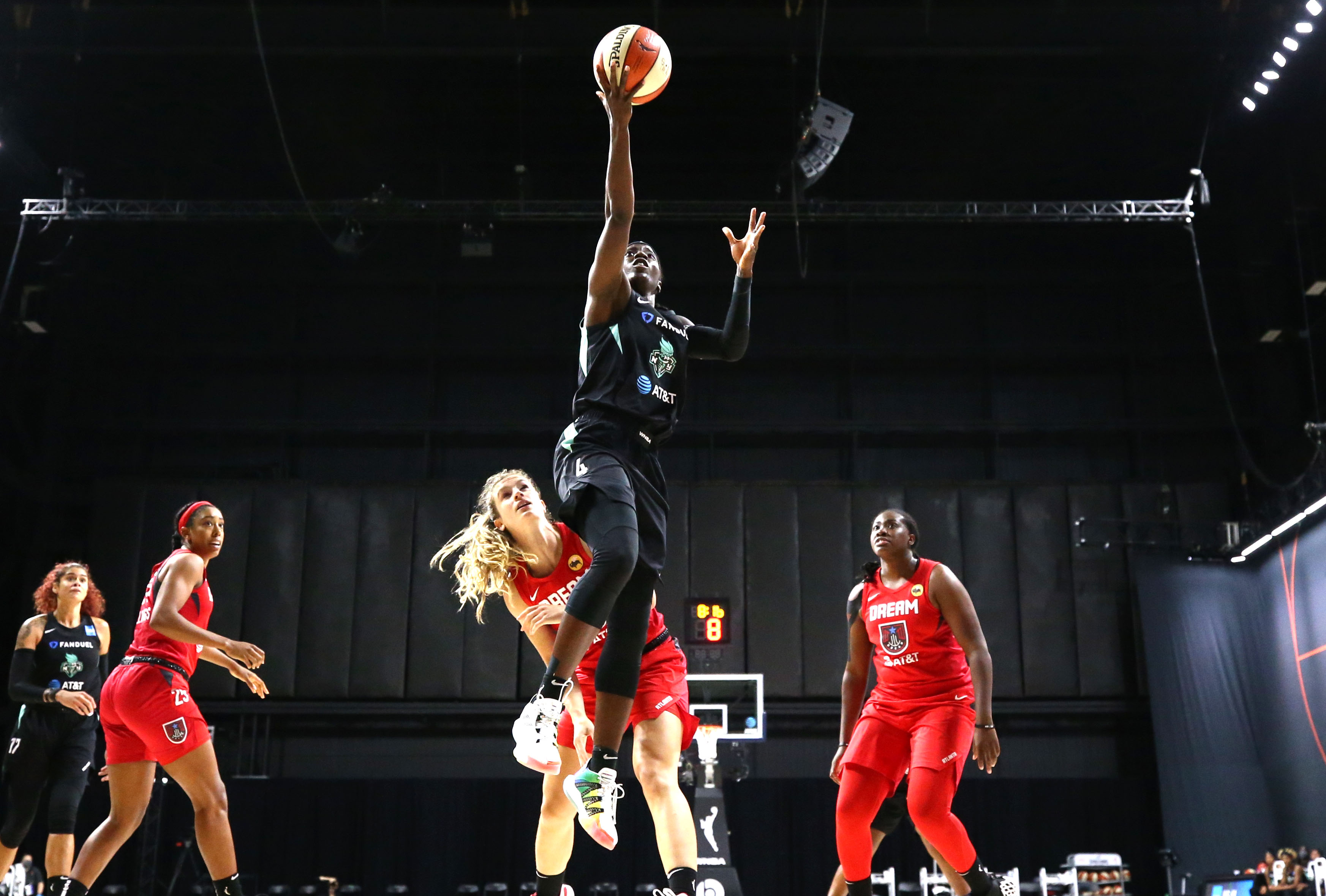 BRADENTON, Fla. — Courtney Williams had 15 points and 13 rebounds and the Atlanta Dream beat the New York Liberty 62-56 on Thursday night to sweep the season series.

Both teams shot below 33 percent from the field, combining for eight 3-pointers on 53 attempts.

Leaonna Odom and Kia Nurse each scored 12 points for New York (2-15), which has lost 10 of its last 11 games. Amanda Zahui B grabbed 11 rebounds and Kiah Stokes had 10 boards.

The Liberty remain without Sabrina Ionescu who still is recovering from an ankle injury she suffered on July 31.

Angel Hernandez had another terrible game, took it out on White Sox

Sterling Shepard placed on IR in another brutal Giants injury

Disturbing video shows Antarctica emerging from under the ice as temperatures...

Disturbing video shows Antarctica emerging from under the ice as temperatures...