Artificial light sources along the British coastline are posing a ‘serious threat’ to species of coastal wildlife by disrupting their feeding habits.

Coast-based crustaceans orientate their nightly migrations based on the moon’s position and brightness of the natural night sky.

But the abundance of artificial light or ‘skyglow’ from people’s houses, shopfronts, nightclubs and flashing arcades alters their ‘lunar compass’ that they use to locate food.

In some cases, this can lead to them travelling towards the sea and away from food, while in others it reduces the chance of them venturing out on forays for food at all. 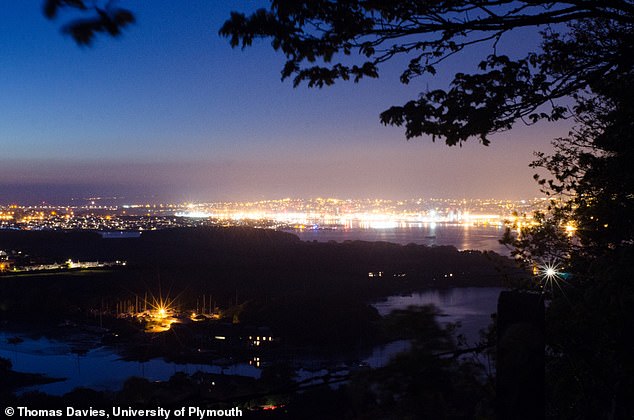 From a distance, large towns and cities can often be seen to cast a large collective glow of artificial light into the sky, ranging from pale yellow to amber.

While some of this light escapes into space, the rest is scattered by molecules in the atmosphere, obscuring the stars against the night sky and disrupting the experience for stargazers.

The Campaign to Protect Rural England (CPRE) found only one in 50 people in England experiences nights free from light pollution, while more than half of the 2,300 participants surveyed couldn’t see more than 10 stars in the constellation Orion.

But skyglow can cause even more disruption for marine life. 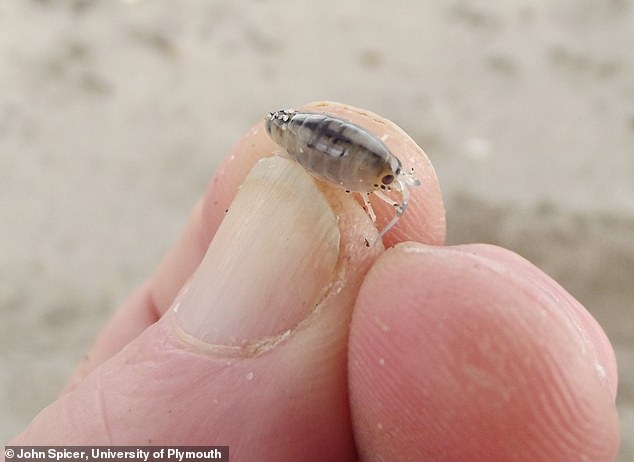 THE DANGER OF SKYGLOW

Skyglow is artificial light that is scattered in the atmosphere and reflected back to the ground.

It extends the influence of direct lighting out to hundreds of kilometres from direct sources, and comes from street lights, shop fronts, entertainment arcades and more.

It is the most geographically widespread form of light pollution, affecting 23 per cent of the world’s land surface.

Skyglow illuminances are two orders of magnitude lower than light pollution from direct artificial light, but greater than moonlight and light from the Milky Way.

Numerous organisms from across the animal kingdom orient themselves during migrations using lunar compasses and are vulnerable to skyglow.

‘Surveys have shown it can currently be detected above 23 percent of the world’s coasts nightly.

‘With coastal human populations set to at least double by 2060 its effects are only going to increase.

‘Our results show it is already having demonstrable impacts on biological processes that are guided by celestial light cues.’

Vulnerable species include the shrimp-like sand hopper (Talitrus saltator), which plans its nightly treks based on the moon’s position and brightness of the natural sky.

Less than an inch long, it gets its name from its ability to jump several inches in the air by suddenly extending its abdomen out from under its body.

It’s a common feature of Europe’s coasts and spends the day buried in the sand at depths of around 4 to 12 inches, emerging at night to feed on decaying seaweed and other detritus.

For this study, researchers monitored the sand hopper population on Cable Bay beach in North Wales, a naturally dark location, over 19 nights between June and September 2019.

They observed the behaviour of almost 1,000 individuals under a range of moon phases and weather conditions, before introducing artificial light that replicated the intensity and colour of skyglow. 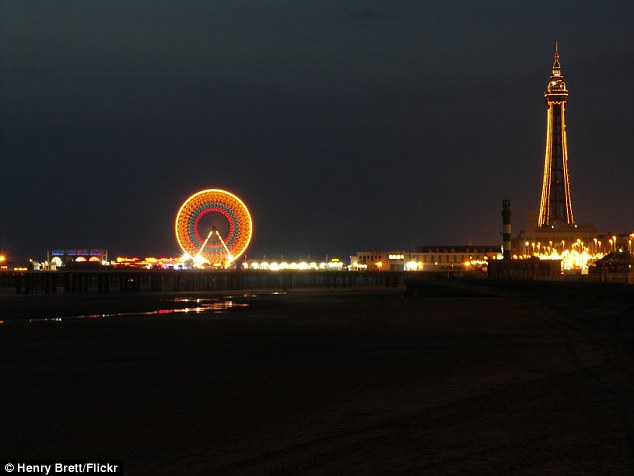 Artificial skyglow reduced the probability that individual sand hoppers undertook their migrations during the full moon under clear sky conditions, and during the new moon irrespective of cloud cover.

In the absence of artificial skyglow, when the moon was full and the sky was clear, they migrated in an expected direction towards the shore to forage.

However, in the presence of artificial skyglow during the same moon phase and cloud cover conditions, their movements were far more random, the research team found. 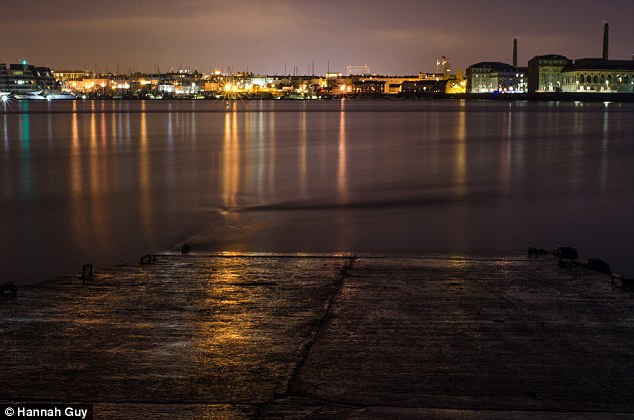 The bright lights from coastal communities, like those in Plymouth shown above, can force some species out of the water around them

‘When sandhoppers were exposed to the artificial sky glow treatment on a clear full moon night, their direction of movement was random,’ Dr Davies told MailOnline.

‘If they mistook the skyglow treatment for the moon, you might expect them to move in a particular direction that is deflected from the direction they should be moving.

‘While a mechanism this precise can’t be pinned down for certain based on our current understanding, it seems likely that they are confused by being presented with multiple signals.’

Skyglow could pose a distinct threat not just to the health of crustaceans but also the wider ecosystem, since they play an important role in breaking down and recycling algae washed up on strandlines.

It has implications for all creatures that rely on the night sky to navigate, ranging from turtles to beetles.

‘It is easy to forget the critical influence of the moon in guiding many organisms’ movements,’ said study co-author Stuart Jenkins, Professor of Marine Ecology at Bangor University in Wales.

‘However, we are increasingly realising that by disrupting patterns of night time lighting, we are potentially reducing the ability of animals to navigate.

‘This new research on the shores of North Wales shows clearly that very low levels of artificial light can have far-reaching effects on coastal marine species.’

The study was conducted as part of the Artificial Light Impacts on Coastal Ecosystems (ALICE) project, funded by the Natural Environment Research Council.

The ALICE project has gathered increasing evidence that light pollution from coastal cities influences marine species on nearby beaches, rocky shores and the seafloor.

It aims to build on this study through monitoring an several species, as well as working with conservation organisations, the lighting industry, the aquarium and aquaculture industry and the general public to increase awareness.

‘While our understanding of the impacts of street lights on nature has improved dramatically, artificial skyglow has been largely overlooked,’ said Dr Davies.

‘More work is urgently needed to fully understand the extent to which it is shaping the natural environment.’

The study published in Current Biology.

WHAT IS LIGHT POLLUTION?

Light pollution, also known as photopollution, is the presence of anthropogenic light in the night environment.

With more than nine million streetlamps and 27 million offices, factories, warehouses and homes in the UK, the quantity of light we cast into the sky is vast.

While some light escapes into space, the rest is scattered by molecules in the atmosphere making it difficult to see the stars against the night sky. What you see instead is ‘Skyglow’.

The increasing number of people living on earth and the corresponding increase in inappropriate and unshielded outdoor lighting has resulted in light pollution—a brightening night sky that has obliterated the stars for much of the world’s population.

Most people must travel far from home, away from the glow of artificial lighting, to experience the awe-inspiring expanse of the Milky Way as our ancestors once knew it.

Light pollution is excessive and inappropriate artificial light. While some light escapes into space, the rest is scattered by molecules in the atmosphere making it difficult to see the stars against the night sky. What you see instead is ‘Skyglow’

The negative effects of the loss of this inspirational natural resource might seem intangible.

But a growing body of evidence links the brightening night sky directly to measurable negative impacts on human health and immune function, on adverse behavioural changes in insect and animal populations, and on a decrease of both ambient quality and safety in our nighttime environment.

Astronomers were among the first to record the negative impacts of wasted lighting on scientific research, but for all of us, the adverse economic and environmental impacts of wasted energy are apparent in everything from the monthly electric bill to global warming.