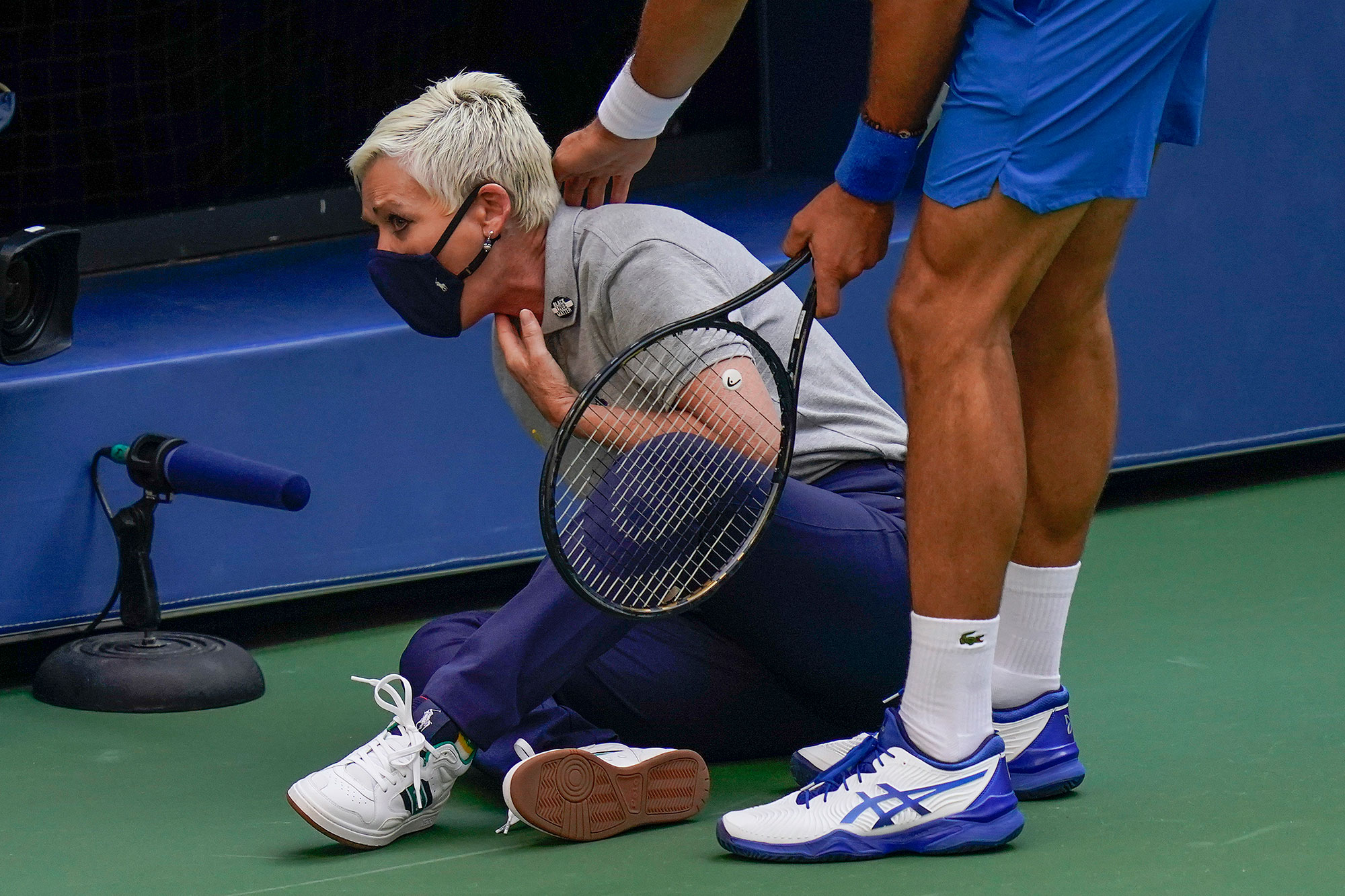 The US Open lineswoman from Kentucky hit in the throat by Novak Djokovic’s tennis ball is taking Labor Day off, according to a tennis source.

The injured lineswoman is Laura Clark of Owensboro, Kentucky, according to the source. The incident caused the disqualification of Djokovic, who was the heavy favorite and top seed to win the Open.

The USTA has been hesitant to release her name as trolls have sent death threats and vile comments to her social media accounts.

Clark is resting comfortably at a hotel and is under observation by the tournament doctor. She will return to work when she and the doctor deem it appropriate, the source said.

Djokovic flicked a ball to the backcourt after losing the match’s 11th game and it struck Clark, who crumpled to the court. Under Grand Slam guidelines regarding “abuse of ball,” Djokovic was booted from the tournament, with the action deemed “reckless.’’

“I’ve been through that myself. Honestly, I feel awful for him. I feel terrible for everybody. Nobody wants to be in this situation,” said Denis Shapovalov, who was booted in a 2017 David Cup match for accidentally hitting a ball into a linesman’s eye.

“Just a fluke. It’s accidents like this that happen. Same thing with me.”

There are 74 line umpires at the Open — down from the usual amount. Due to the pandemic, the outer courts are being governed by a chair umpire and an electronic computer system called “Hawkeye Live’’ this year.