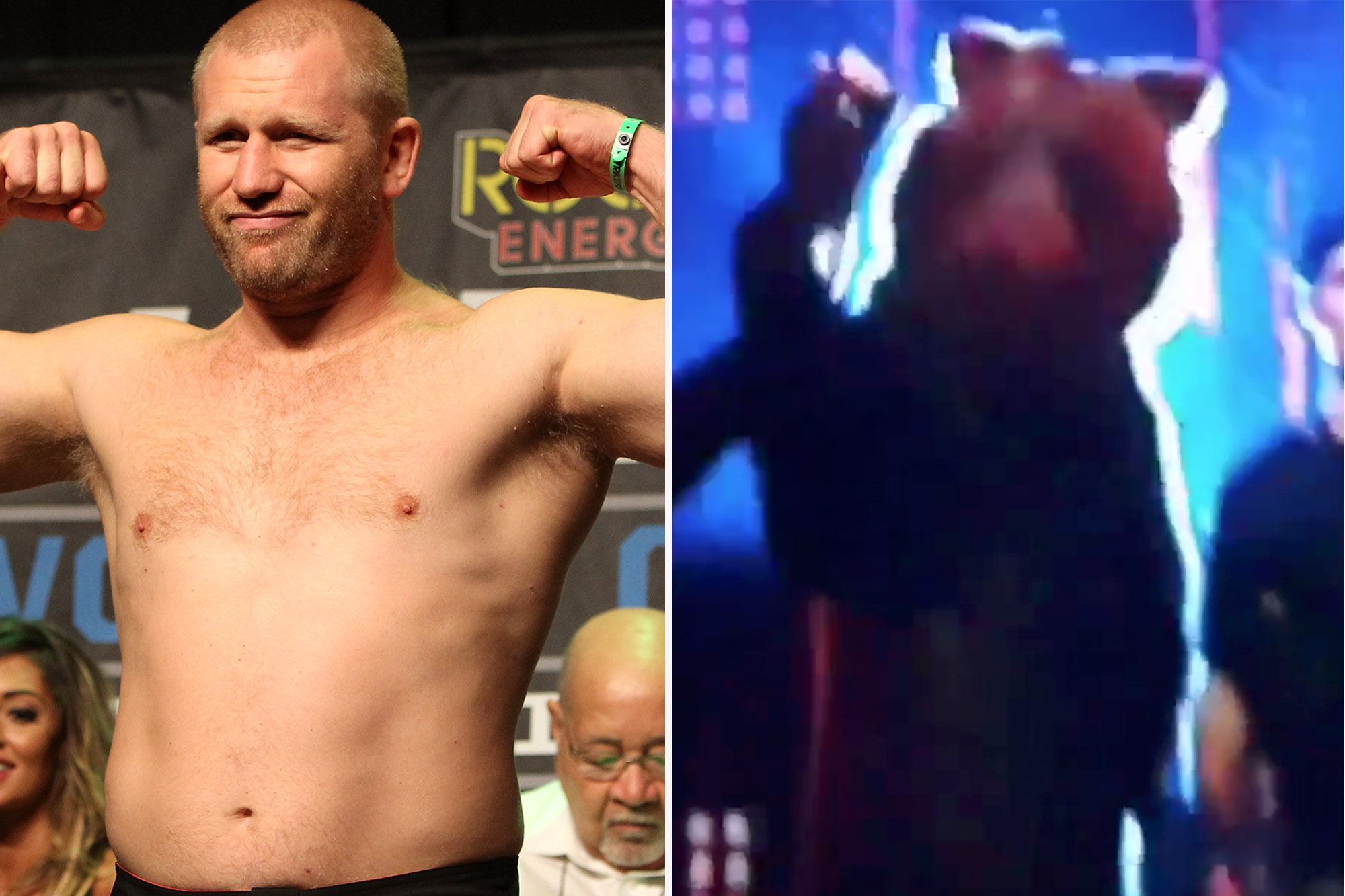 The boxing world has been left horrified by the moment a live bear was used as a prop before the showdown between Russian star Sergei Kharitonov and boxing veteran Danny Williams this weekend.

MMA legend Kharitonov, making his professional boxing debut, demolished his 47-year-old opponent. His performance in the ring, though, was overshadowed by his decision to use a live bear during his walk out to the ring.

The live broadcast from Moscow showed the bear being pulled by two handlers out to a platform inside the arena before it was made to wave to the cameras and fans inside the venue.

The bear’s long walk out to the ring was accompanied by a live rock band and women dancing in scantily-clad outfits.

Kharitonov eventually followed the bear with his entourage, walking out to loud cheers. The boxing world did not appear to appreciate the spectacle.

The contest in the ring was just as farcical.

Kharitonov, a veteran Bellator MMA heavyweight, made light work of Williams, the veteran who famously upset Mike Tyson in a 2004 fight.

However, the 47-year-old is not the man he once was and showed every one of the thousands of punches he has eaten during his 54 professional boxing-fight career.

After taking some uppercuts on the chin near the ropes, Williams appeared to freeze and stumbled backwards while keeping his feet.

After being ordered by the referee to show him something, the fight was waved off in the second round with Kharitonov remaining undefeated since moving from MMA to boxing.

Listen to Episode 30 of ‘Pinstripe Pod’: Do Yankees Want White...

Listen to Episode 30 of ‘Pinstripe Pod’: Do Yankees Want White...