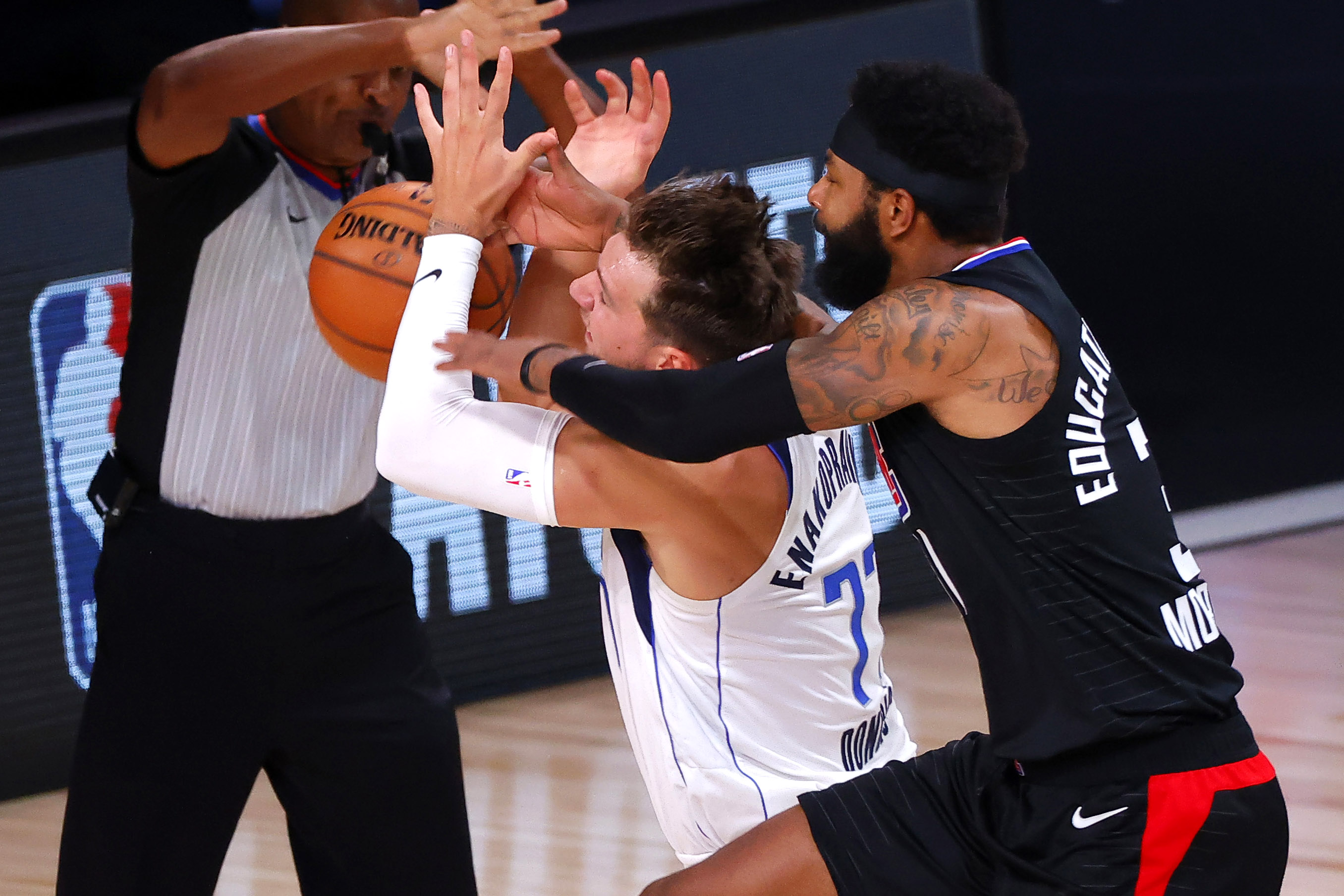 Marcus Morris got the last word — even if it was on Instagram.

Morris was ejected in the first quarter of the Clippers’ 111-97 series-clinching victory over the Mavericks for swinging his arm down and striking a driving Luka Doncic in the head. Doncic had to be restrained by Dallas teammates and coach Rick Carlisle.

In Game 5 of the series, Morris stepped on Doncic’s injured ankle with some speculating it was intentional. Doncic joined that camp after Game 6 and another run in with Morris, who was traded from the Knicks to the Clippers at the trade deadline.

“It was a terrible play. What can I say?” Doncic said after scoring 38 points with nine rebounds and nine assists. “It’s two games in a row he did something like that. I really hoped the first game it wasn’t on purpose, but looking back on the foul this game, you know what I think.

“I don’t want to deal with that kind of players. Just move on.”

Morris agreed with the flagrant 2 call that sent him to the locker room, but was quick to reply to Doncic’s response on social media. The quote above was posted by Bleacher Report on Instagram with Morris responding, “Cry me a river. Clips in 6.”

The second-seeded Clippers now await the winner of the Nuggets-Jazz series, which is headed to a Game 7 on Tuesday night.