‘Real on a free fall – and Barcelona NEXT’: Madrid-based Marca lead damning response by Spanish press after Zinedine Zidane’s men slump to shock loss to Shakhtar Donetsk ‘reserves’ in the Champions League

The front pages of Thursday’s Spanish newspapers will make for morbid reading for Real Madrid manager Zinedine Zidane after his side’s shock 3-2 defeat by Shakhtar Donetsk in the Champions League.

Zidane’s men crumpled  in a dreadful first-half display and were 3-0 down at half-time. While they rallied in the second, their two-goal fightback was ultimately in vain as they failed to snatch an equaliser.

While a losing start to the Champions League is always unacceptable for a club of Madrid’s calibre, the result was compounded by the fact they have a clash with fierce rivals Barcelona on the horizon this weekend. The loss follows their shock defeat by Cadiz in LaLiga last Saturday, too. 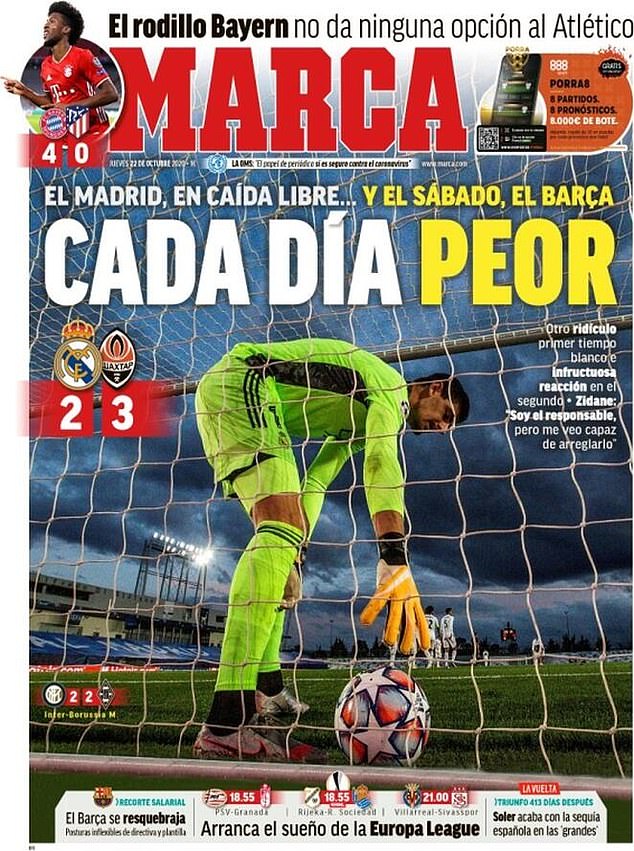 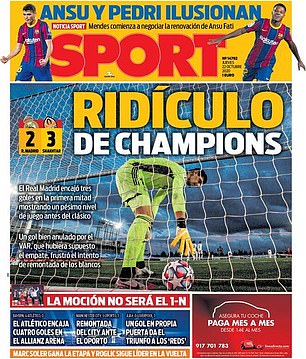 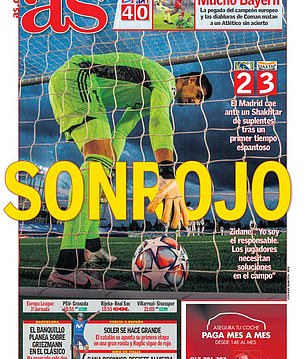 Marca, the Madrid-based sports paper, are fearful of El Clasico after Wednesday’s result.

‘Every day it’s worse: Madrid on a free fall.. and Saturday Barcelona,’ they wrote.

‘Embarrassing’ wrote AS on their cover with a picture of Thibaus Courtois picking the ball out of his net. ‘Madrid fall to Shakhtar’s reserves after a terrible first-half.’

Sport also reminded Madrid fans that a clash against Messi and Co is coming.

‘Ridiculous of champions,’ was their verdict. ‘A terrible level of performance before El Clasico.’

But over in Catalonia, there was quiet optimism on Thursday morning after the result. Barcelona-backers Mundo Deportivo labelled the result ‘Nightmare before El Clasico’. 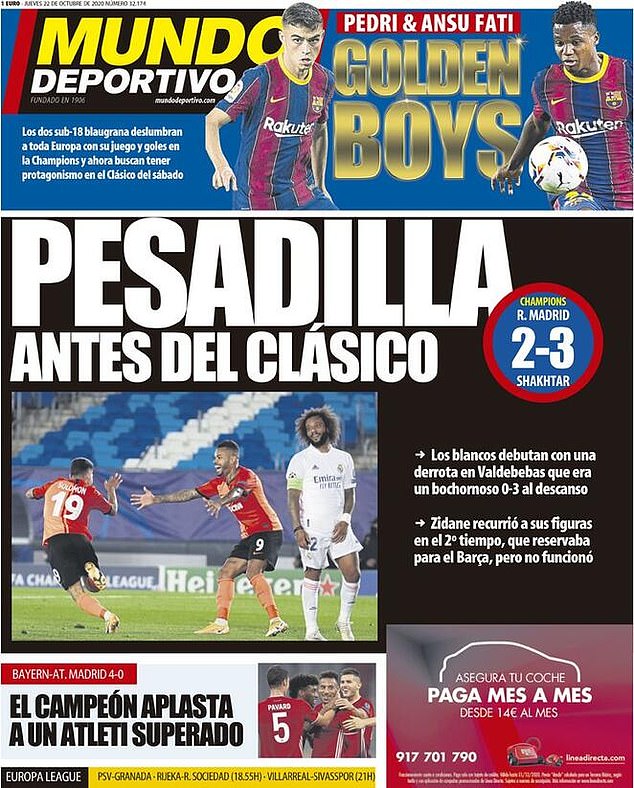 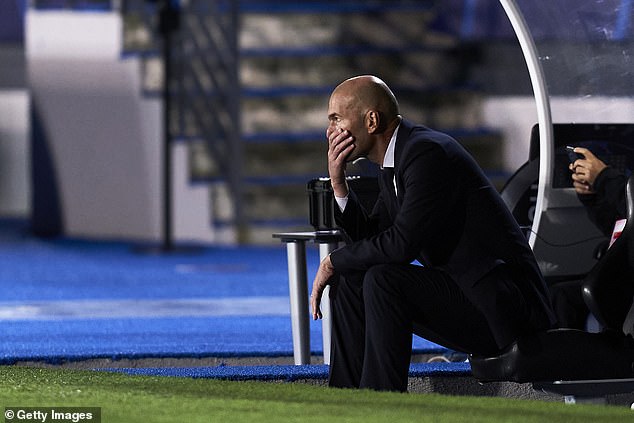 Shakhtar held a three-goal lead at the interval thanks to strikes from Tete and Manor Solomon either side of a Raphael Varane own goal.

In the second half, Madrid produced an ominous response when Luka Modric pulled a goal back in the 54th minute before Vinicius grabbed a second five minutes later.

But Zidane’s men were unable to turn the screw and make their pressure pay. Shakhtar held on for over 30 minutes to claim a victory that sent shockwaves across Europe.

And Zidane himself was clearly startled, as well. He took over an hour to appear for his post-match press conference and when he finally did, bizarrely claimed that Spain’s league champions are out of confidence.

‘We lacked the confidence to start the game as we know how,’ he said. ‘In the first half I did not see the team I wanted to see and that is my fault.

‘I have to find the solutions that will make us be strong again and get back to winning. We lacked a bit of everything but confidence is the most important thing.’

Modric echoed those claims, saying: ‘We were not at the level required for this competition. The manager has said to us that we have to press more effectively. We have to improve.

‘We have to be united now. The next game will come quickly and we have to play better. We lacked confidence.’

Elf on the Shelf originated in a children’s picture book written by Carol Aebersold and her daughter. The story explains that Santa's Scout...
Read more