Man, 21, charged with murder for 'shooting dead his former girlfriend on a Texas freeway' 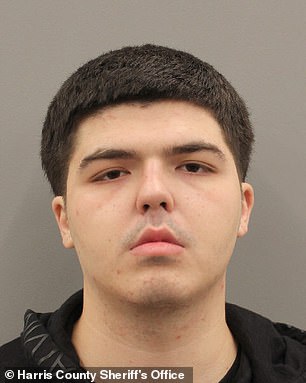 Mann Austin Hayes (pictured in mugshot) has now been charged with murder in Harris County, Texas

A man who allegedly shot dead his ex-girlfriend when he spotted her and her current boyfriend driving down a Texas freeway was charged with murder.

The Harris County Sheriff’s Office revealed that Mann Austin Hayes, 21, was in custody after the death of 20-year-old Julie De La Garza.

Hayes was initially charged with aggravated assault with a deadly weapon, but that charge was upgraded after Garza succumbed to her injuries.

The shooting happened on Sunday along the Northwest Freeway near Spring Cypress.

Authorities said Garza was riding in a vehicle with her current boyfriend when Hayes allegedly pulled up behind the couple and discharged his weapon.

‘The boyfriend of the female stated they had been driving in the area when her ex-boyfriend began following them and then shot through the back window of the truck, striking De La Garza in the head,’ a press release stated. 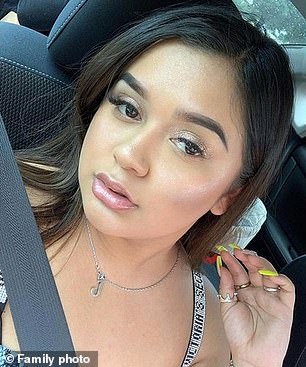 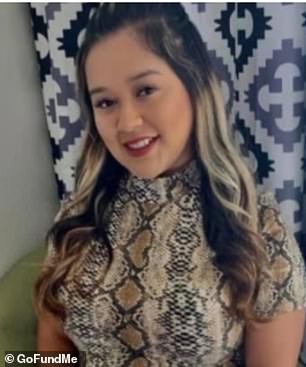 Pictured: The back window of the boyfriend’s truck is shattered after Hayes allegedly opened fire at the vehicle

The boyfriend desperately rushed an unresponsive Garza to an ER clinic, where she was flown via Life Flight to Memorial Hermman and eventually died.

Authorities originally believed the incident was an act of road rage.

Red tape roped off the area as Garza was placed on a medical gurney and responders tended to her. 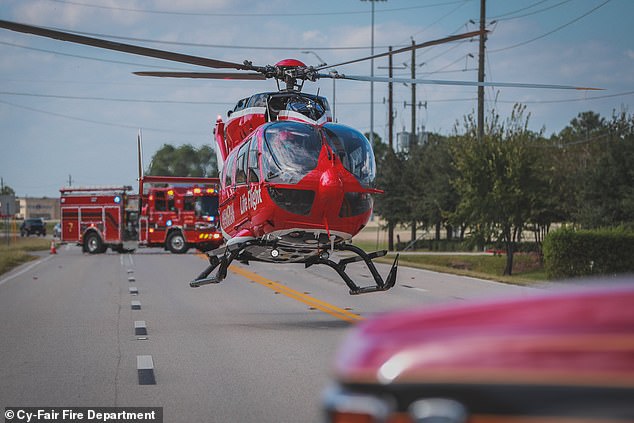 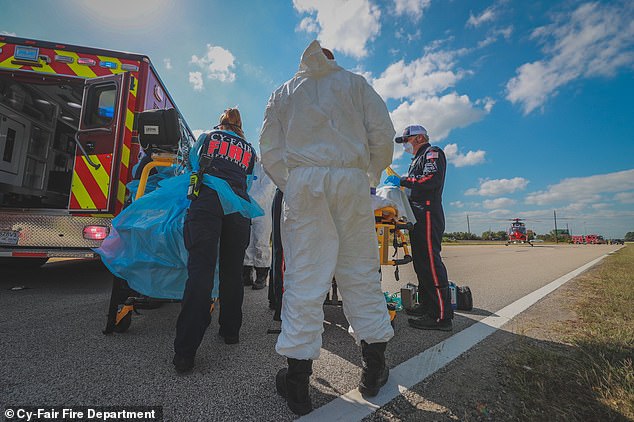 Medical and emergency crews gathered around Garza, who was placed in a gurney and transported to a medical center 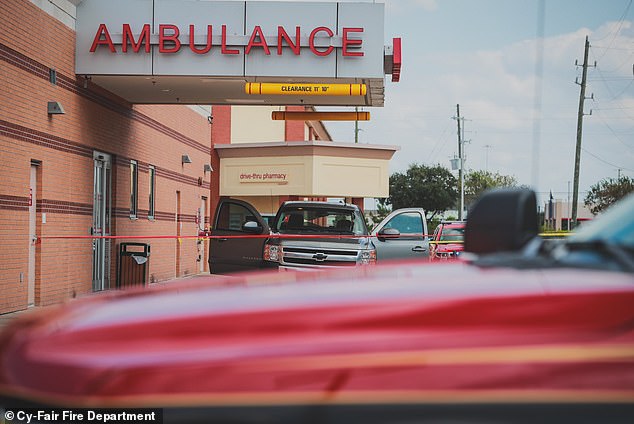 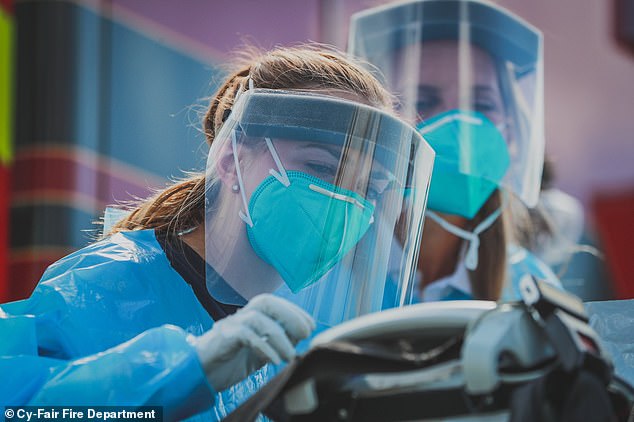 As authorities tended to Garza, Hayes fled the scene and a manhunt was launched as he evaded arrest

By the time authorities arrived, Hayes had fled the scene and left behind his white Toyota in a parking lot.

A manhunt was lunched as Hayes evaded arrest, but he turned himself in on Wednesday afternoon, KHOU 11 reports.

If paid, KHOU reports Hayes will be required to wear a GPS monitor, cannot possess firearms, surrender his passport, have no contact with the Garza’s family or her boyfriend and he will have a curfew from 8pm to 8am.

A GoFundMe was created by a family member on Tuesday and has raised $11,050 of its $20,000 goal. The money will go towards funeral expenses.

‘Julie was a loving daughter, sister, aunt, friend and neighbor. Despite all of the challenges she had to face from losing her mother at only 18 yrs old, Julie maintained a strong and positive outlook on life,’ an accompanying message read.

‘Our sister has left a huge loss in the lives of all whom she knew, she will be missed dearly. Our family is in need of many prayers for strength, peace and grace to move forward and any financial assistance which can help cover the cost of this great loss.’

The message added that one of Garza’s wishes was to be an organ donor ‘to give the ultimate gift of live.’

‘As a family we honored her wish and it has provided a sense of peace to know that she will live on providing life to others in need.

‘Her last act of selflessness and contribution to this world.’

The 'Queen of Versailles' Jackie Siegel reveals there is still 18 months of construction left to go on her 90,000-square-foot Florida mansion, meaning...
Read more