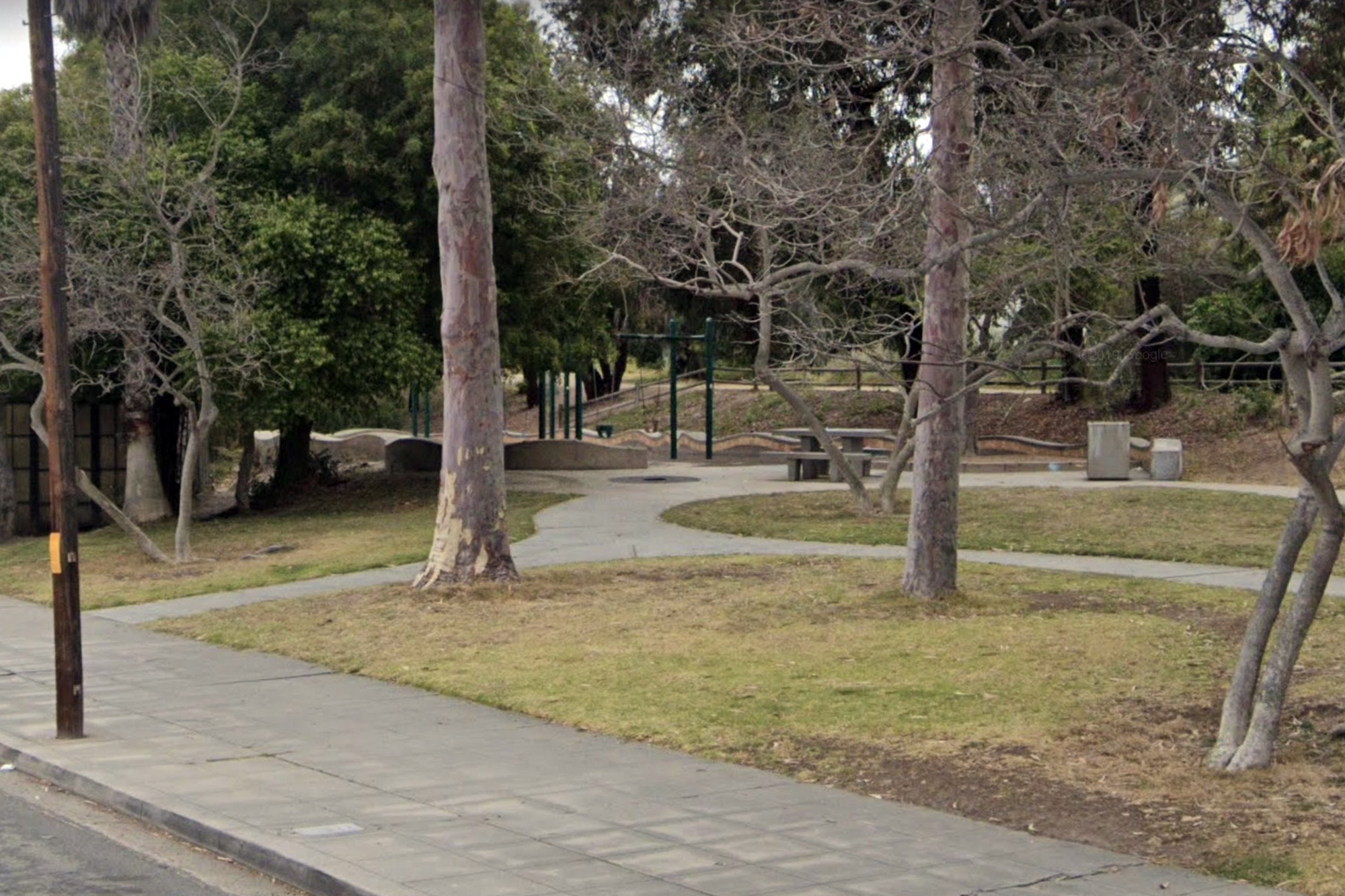 A white homeless man tried to kidnap a white baby from a Hispanic nanny at a California park — and then dove into the Pacific Ocean in a desperate escape attempt, police said.

The suspect, Michael Hudson, 51, approached the nanny who was looking after a 14-month-old child at a park in La Jolla on Wednesday and grabbed her arm several times, telling her the baby didn’t belong to her because they weren’t the same race, a San Diego police spokesperson told KSWB.

Police said in a news release that Hudson told the nanny to “leave the baby” and that she “can’t have” the child, the San Diego Union-Tribune reported.

The nanny had scrapes on her arm from the confrontation, which prompted another woman nearby to yell that she was calling cops, police said. Hudson then ran off and jumped into the ocean along a rock area near La Jolla Cove when officers later spotted him, investigators told KSWB.

Police said the child was not hurt, KGTV reported.

“I wanted to basically come up here and try to search for the guy, too,” the unidentified father said Thursday. “Because I know the cops were chasing him. We saw the whole episode down at the beach, where he was on the rocks. He swam out in the ocean and they had the lifeguards come get him.”

Hudson, who investigators believe is homeless, was ultimately taken into custody about three hours after he first entered the water, police said.

He was arrested on charges of suspicion of felony kidnapping, misdemeanor battery, felony vandalism and a felony hate crime charge, the station reports.

Hudson remained in custody Friday at the San Diego Central Jail in lieu of $120,000 bail ahead of his next court date on Oct. 30 when he’s set to be arraigned, online records show. It’s unclear if he’s hired an attorney.

Facebook
Twitter
Pinterest
WhatsApp
Previous articleChinese captain arrested over horrifying video of killings
Next articleKlopp has never lost two Premier League games in a row – how have his side responded to defeat?

Delta Airlines is grounding hundreds of its fliers — because they refused to wear masks. The airline told employees on Thursday that it has...
Read more
News

The Boston University professor crushed to death by an elevator in her apartment building last month was partly done in by a large...
Read more
News

A close adviser to Vice President Mike Pence tested positive for the coronavirus earlier this week, according to reports on Saturday. Marty Obst —...
Read more

While talking to The Sun back in December, the darts player said: "About six months after I had my little boy in April...
Read more

From now until November 12, you can get double speeds at no extra cost. That means for just £25 per month you'll receive...
Read more

ABBA star's damning confession over 'reunion' exposed: 'Only the girls did!'

The Swedish pop supergroup dominated the charts from the Seventies with hits Dancing Queen, Waterloo and more – which will be analysed in...
Read more
Load more

How to avoid the wait and download Windows 10's latest blockbuster...

BT and Virgin Media eclipsed by fibre broadband at a ridiculously...