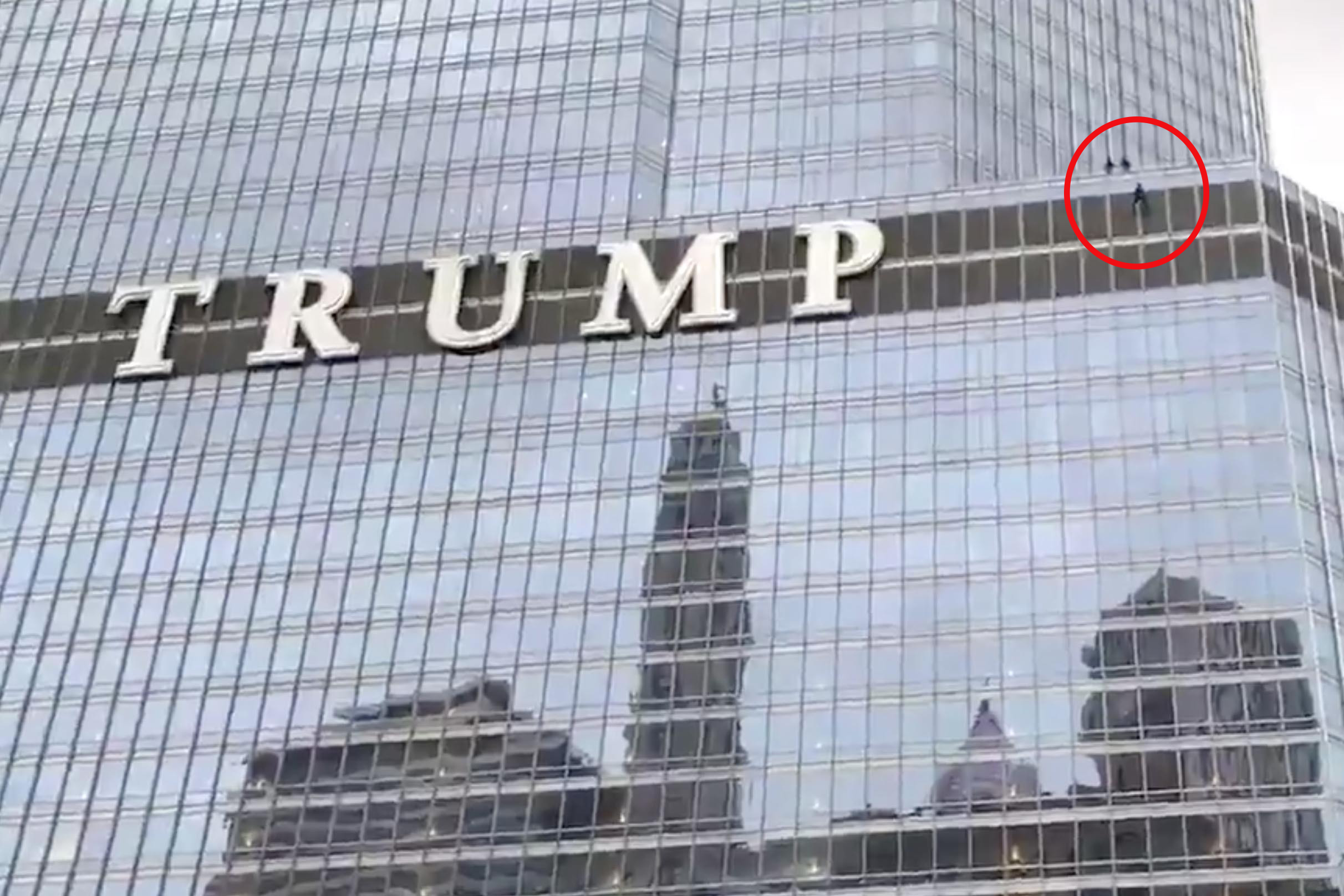 An alleged member of the Black Lives Matter movement was dangling from a rope off Chicago’s Trump Tower Sunday night — demanding to speak to the president and the media, a report said.

The unidentified man, who appeared to be in his 20s, was seen hanging off the side of the riverfront skyscraper at 5:30 p.m. local time, remaining there for hours as police negotiators tried to talk him to safety, the Chicago Sun-Times reported.

Police told the newspaper that the man threatened suicide and voiced a desire to speak with Trump and the media.

Later Sunday night, a video message from what appeared to be the man began circulating on social media.

Filmed while hanging from an orange rope — and at one point acknowledging he’s in Chicago — the man identifies himself as a Black Lives Matter member with a message for Trump, according to footage shared by Inside Paper.

“I don’t want to die. If someone will try to pull this rope, I will jump and die,” the man said, panning the camera down for a view of the Chicago River.

The man also points the camera at the top of the building, where a person could be seen and heard trying to communicate.

“I have a knife. If someone will try to pull [the rope], I will cut it and I will probably die. But I don’t want to die,” the man said with a knife in hand.

The man did not make clear what he wished to speak to Trump about, but said, “If Mr. Trump, he promise something, he should do before the election.”

An Indian man who was falsely declared dead from COVID-19 recovered and went home — but his family had cremated someone else. Shibdas Bandyopadhyay,...
Read more
News

A berserk woman went on a booze-related rampage — smashing hundreds of bottles of wine and spirits inside a British supermarket Wednesday. The woman...
Read more

A deep-frying turkey may have sparked a fire that destroyed three homes in Massachusetts Thanksgiving morning, authorities said. Residents heard an explosion before the...
Read more