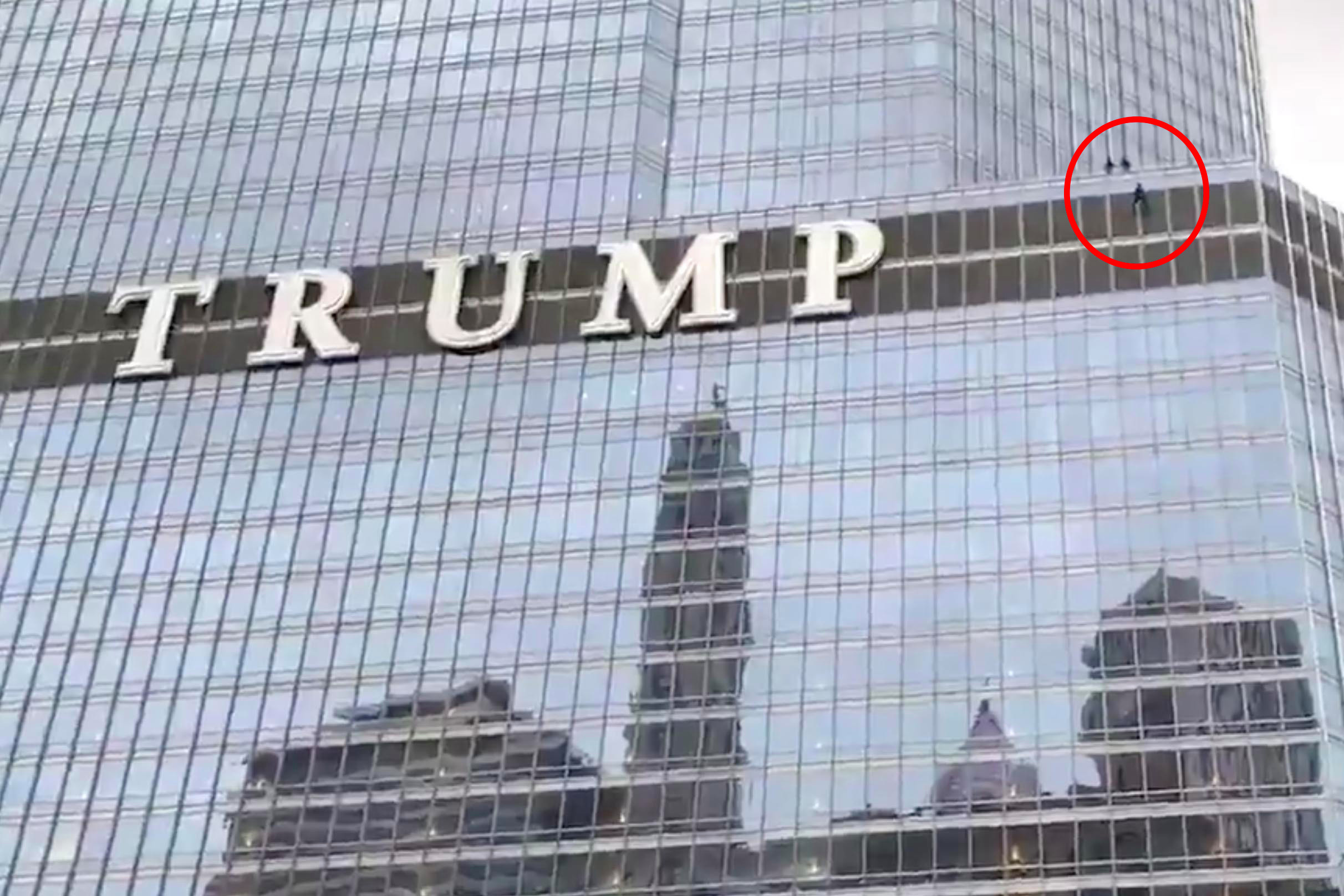 A purported member of Black Lives Matter who had been hanging off the side of Chicago’s Trump Tower for more than 13 hours was safely taken into police custody early Monday, authorities said.

The unidentified man in his 20s was spotted dangling from the tower’s 16th-floor balcony since about 5:30 p.m. Sunday and he demanded to speak to President Trump and the media, cops and local reports said.

During the more than 13 hours that the man had been suspended from the side of the 1,389-foot-tall tower, police made efforts to de-escalate the chaotic situation.

Later Sunday night, a video message from what appeared to be the man began circulating on social media.

Filmed while hanging from an orange rope — and at one point acknowledging he’s in Chicago — the man in the video identifies himself as a Black Lives Matter member with a message for Trump, according to footage shared by Inside Paper.

“I don’t want to die. If someone will try to pull this rope, I will jump and die,” the man said, panning the camera down for a view of the Chicago River.

Four more teenagers have been charged in the beheading of French history teacher Samuel Paty — including three students who allegedly pointed out the...
Read more
News

Both Princess Anne and Prince Philip had key senior royal roles for many years.Prince Philip officially retired from royal duties in 2017 and...
Read more
Load more