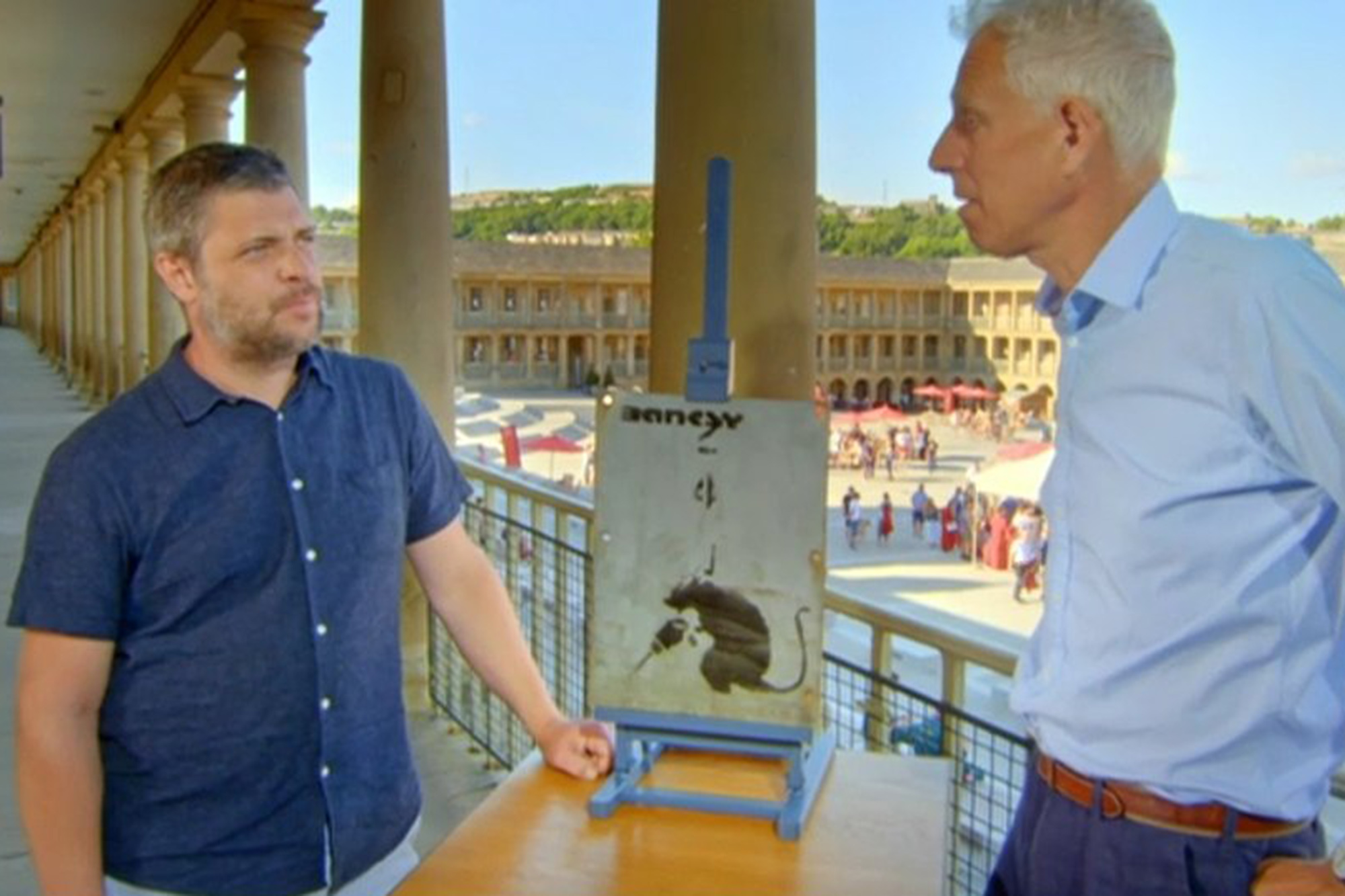 A shameless British man is being ridiculed for going on TV to try and sell a Banksy — admitting he ripped it off a public wall.

The unidentified man went on BBC TV’s “Antiques Roadshow” to get an evaluation from an art expert for the small Banksy artwork of a rat holding onto a power drill that he found on a wall on Brighton seafront.

“It looked loose, I went over — pulled it off, basically,” he admitted, laughing about how he took it with “a little bit of a tug” in 2004.

He was told it would have fetched at least $25,000 — but was likely now worthless because Banksy has refused to authenticate it, as he always does with items ripped off from the public spaces where they were left.

“He calls it pest control,” art expert Rupert Maas told the crestfallen seller, while noting the irony of his artwork being of a rat.

“I think the message here is, if you do see a piece of graffiti art out there, leave it — leave it for the public,” Maas told him.

The seller was quickly roasted on Twitter, with many praising the “karma” of the thief being told he was likely to get a good sale.

“Be quite good if a couple of rozzers appeared in long-shot behind the Banksy thief as the expert keeps him talking,” one Twitter user said, using a British slang term for cops.

Others ripped his justification for taking it because it was “loose” on the wall.

“Saw this Mona Lisa painting and noticed the bullet proof glass was ‘a bit loose,’” one person quipped.

“I might just pop along to Tate modern and see if anything needs a little bit of ‘gentle persuasion,’” another joked.

Others, meanwhile, asked for Brighton to get its Banksy back where it belongs.