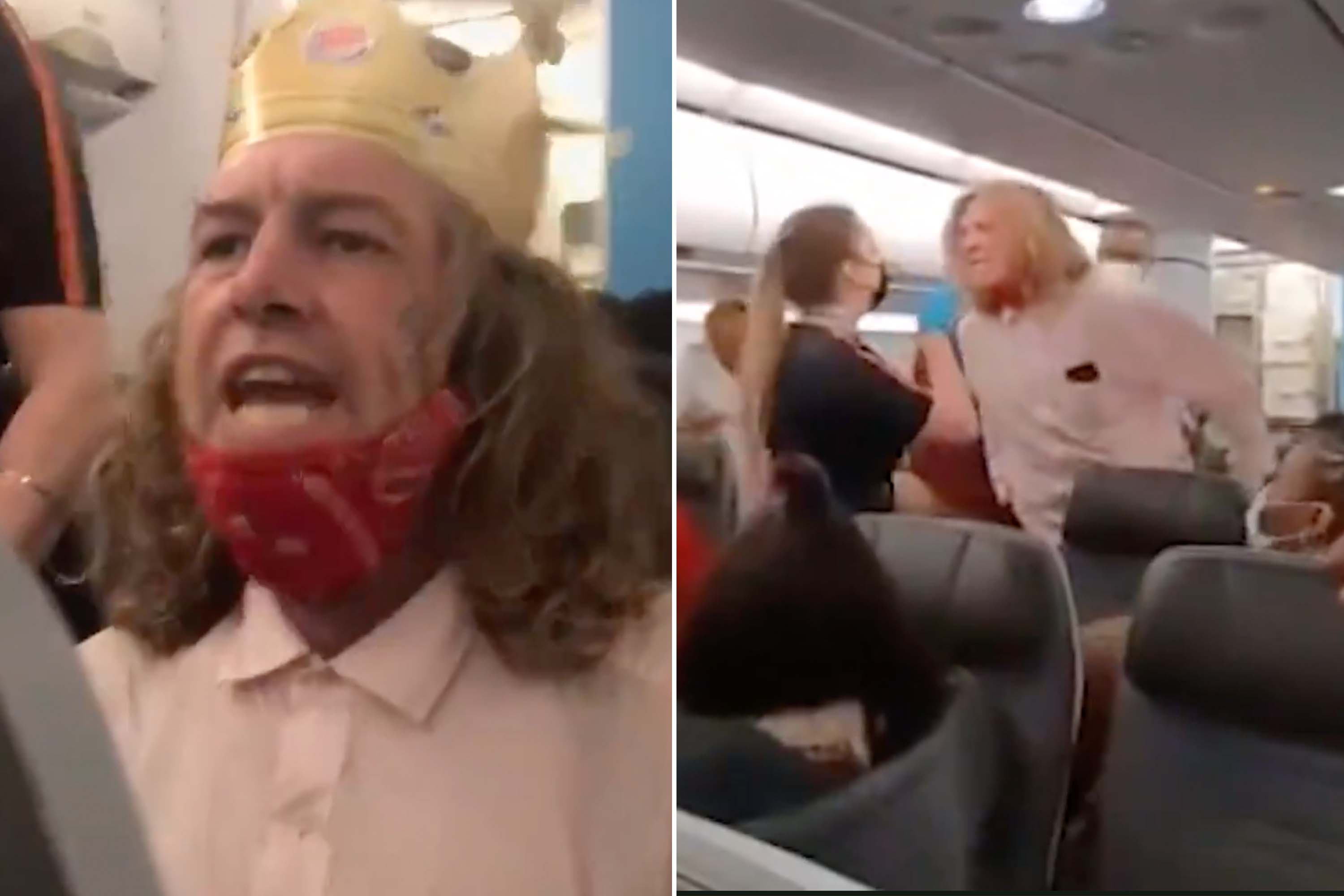 A man in a paper Burger King crown hurled racist slurs at a fellow passenger on a JetBlue flight, after accusing her of taking his seat and kneeing him in the stomach, videos show.

The man — who has long blonde locks and appears to be white — is seen raging at flight attendants with his mask lowered below his chin, furiously repeating the assault allegation.

In one clip, a woman filming tells him she kneed him “because you deserve it” — eliciting a passionate but ill-conceived defense from her alleged victim.

The irate man continues to scream profanities as the plane of mostly black passengers goes into a frenzy.

“She kneed me in the stomach!”

“I don’t care what she did. You’re being disrespectful. Shut the f–k up for just two seconds,” a fed-up flight attendant replies.

The in-flight fiasco then escalates as the man stands up and dumps water on the flight attendant while yelling, “I want a f–ing lawsuit right now motherf–ker!”

Video of the aftermath of the man’s eruption shows multiple people running up the plane to pounce on him, before being held back by flight crew and fellow fliers.

The man continues to yell profanities — including the N-word — as he and the other passengers return to their seats.

Kingston police later removed the man from the flight in handcuffs, TMZ reported.

JetBlue did not immediately return a request for comment.

PORTLAND, Maine — Police in Maine have arrested a man accused of killing his father’s cat with a frying pan on Thanksgiving —...
Read more
News

Get ready to carry two passports while flying in the age of COVID-19: one from your homeland, and one showing you’ve been vaccinated...
Read more

Trump-supporting drivers involved in a crash after a third car attempts...