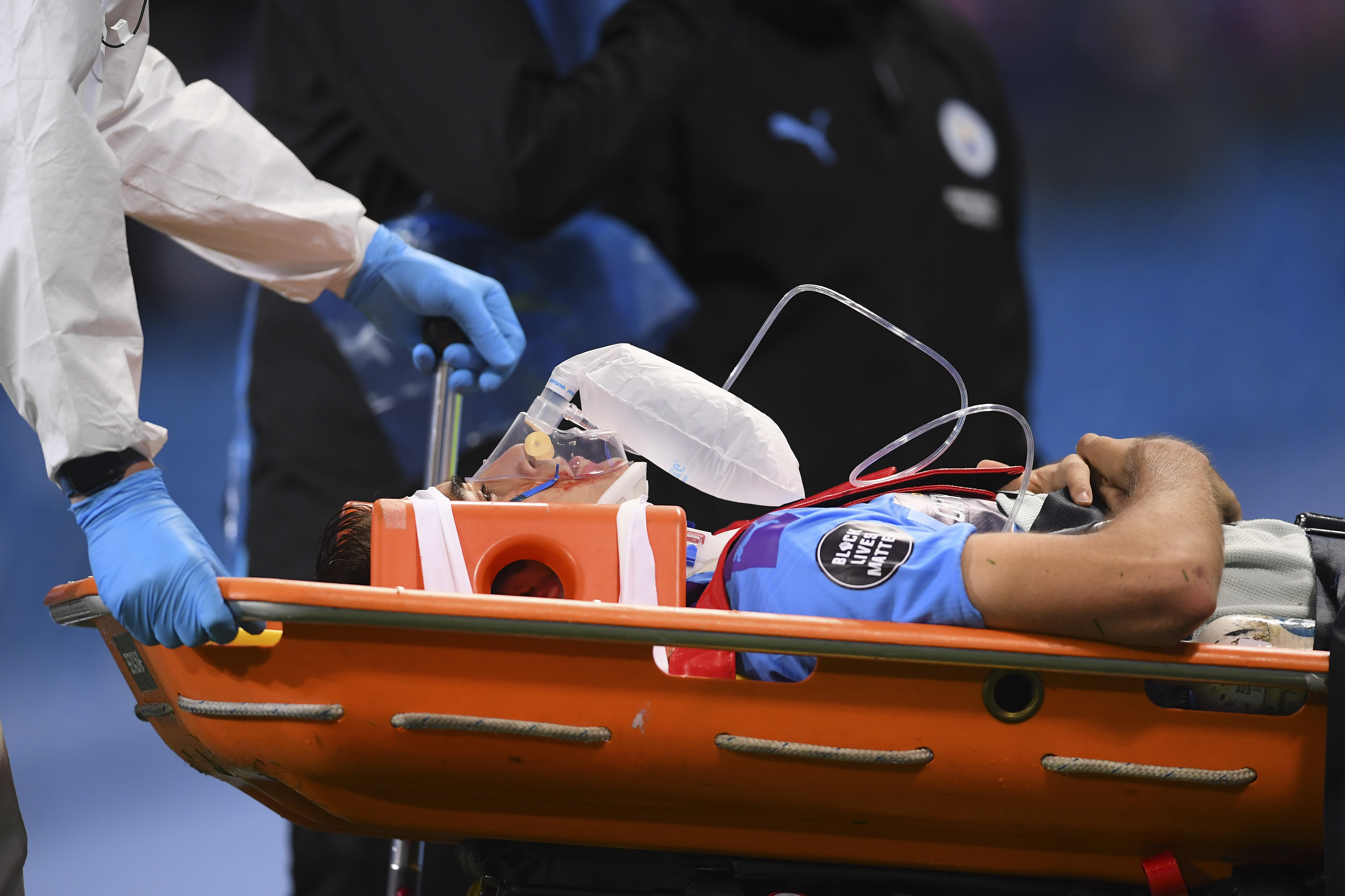 Near the end of a day filled with joy, solidarity and the requisite video replay controversy, the soccer world held its breath as a player was taken off Manchester City’s home field on a stretcher.

Man City defender Eric Garcia was tended to for eight minutes in City’s 3-0 win over Arsenal after a collision with his own goalkeeper Ederson, who had run out to the edge of the penalty area to punch the ball away and collided full-force with Garcia. The 19-year-old Spaniard lay motionless on the field before trainers wheeled him off and brought him to a local hospital.

“He’s conscious right now,” Manchester City manager Pep Guardiola said following City’s first match since a 2-0 loss to Manchester United on March 8. “That is a good sign. I think he is going to take an extra test in [the] hospital.

I’m sorry but Ederson has to be more careful than that, especially with his own players. He could’ve killed poor Eric Garcia. Call your man off or jump around him. pic.twitter.com/U3y1OHBgaQ

“Eric had a fantastic game, he fit in well, he was composed. It’s sad to see him go off like that. At first, [after the injury,] he looked pretty bad but then looked more like himself.”

Garcia, who Manchester City had signed from Barcelona in 2017, was making just his sixth Premier League appearance with the senior team.

“At first he looked pretty bad, but after a while he looked like himself a little bit,” said Man City’s Raheem Sterling, who scored the first goal of the Premier League’s return to play with a tally in the 45th minute. “Only time will tell.”