They used to come here for a good pillage. A lovely place for the looting business, West Ham, a spot for padding the numbers and reinforcing old messages about those who give kickings and those who take them. But these are strange times and maybe they are changing times, too.

Because, really, this was a game for strengthening newer ideas. It was a game that built on the thought that West Ham have gone round a bend. That David Moyes has achieved a breakthrough across four unbeaten games against good and excellent sides, taking eight points from a stretch when a good few wagers would have them collecting none.

Before any other business, that warrants credit and attention. 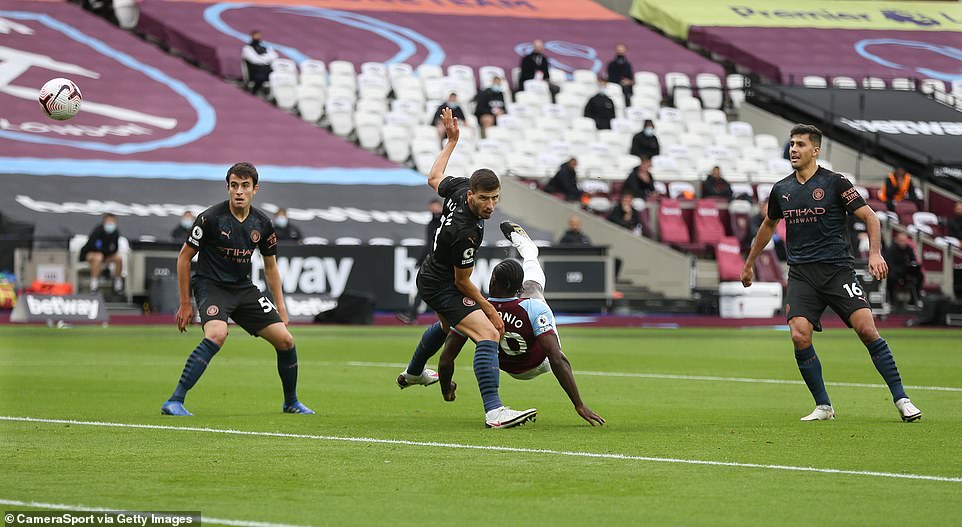 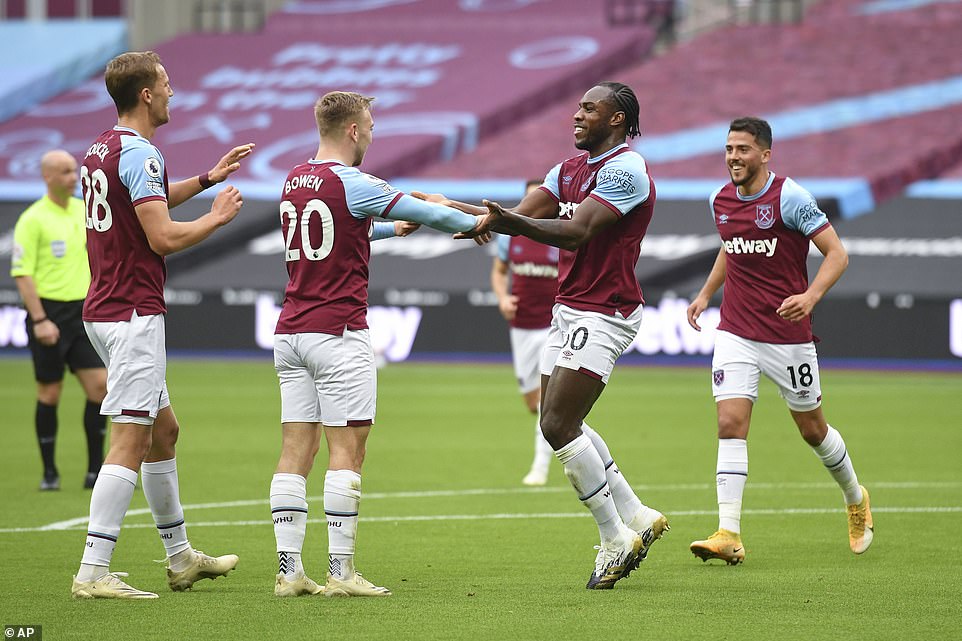 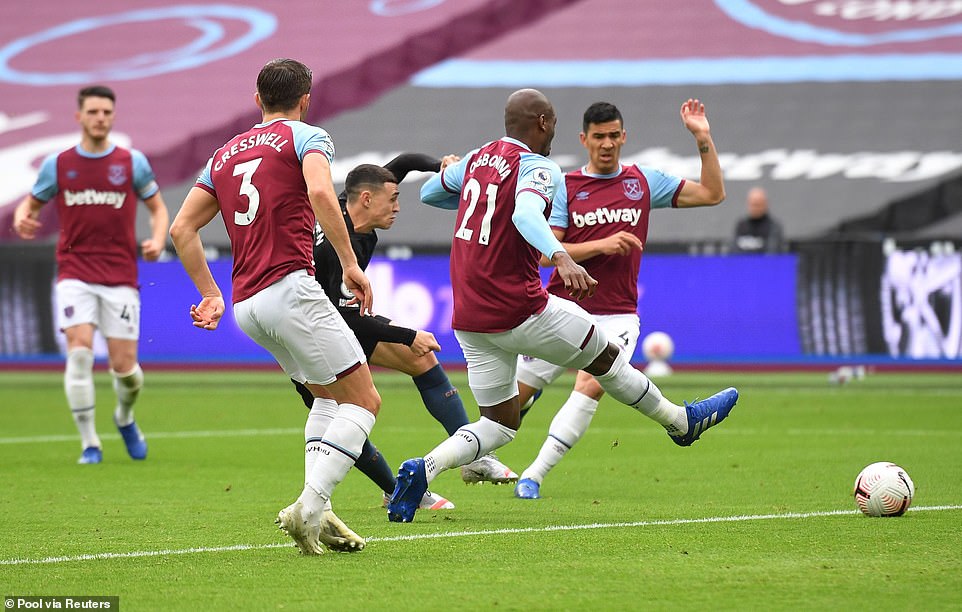 Phil Foden came off the bench and made an immediate impact after the break, scoring to bring Manchester City level 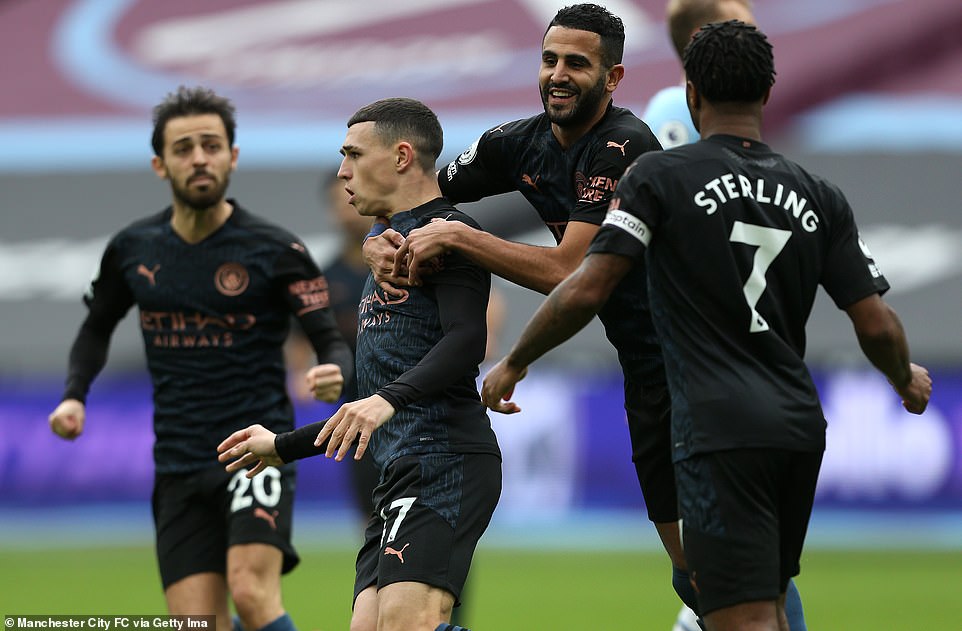 But then you consider Manchester City, and the riddle of how they aren’t the full picnic right now. That they are not the force of recent years is no great observation, but it is the continued slide and the direction of travel which makes you wonder. It is the sight of such a strong attack failing to get a proper shot off in the entirety of the first half, and it is the recurrence of flaws at the back, which surfaced again in the course of Michail Antonio scoring a marvellous goal for 1-0.

The strike was really quite something, and notable too because since the end of lockdown in June only Harry Kane has scored more in the Premier League than the 12 of Antonio. Good for him, and great for West Ham.

But there were signs in its creation, in the failure to track a key run by Tomas Soucek, that make you question, even at this early stage, if Pep Guardiola’s side have the foundations to make a better title challenge than their previous one. Putting aside their walloping against Leicester, we saw those cracks against Leeds, against Arsenal, and against Porto – these were more subtle, but it is a pattern of behaviour, and even with the madness of the fixture scheduling, it can’t all be blamed on fatigue. Guardiola leant that way in his analysis, but plainly it is deeper.

Fatigue alone is not responsible for the end of a run of nine wins against West Ham, and the break to a sequence that saw City amass a 22-1 aggregate in their previous five games at the London Stadium. Fatigue is also not the sole reason why Guardiola has failed to reach at least 10 points from five games for the first time in 11 years.

Fatigue is relevant in all of that, of course. And it is also tied to their injury situation, which seems to have got worse with Sergio Aguero’s exit at half-time with a hamstring issue. Likewise the ‘exhaustion’ of Kyle Walker. But it is reasonably obvious that it is not a catch-all excuse, and the linked fact that he felt forced to name an unchanged side for the first time since October 2017 will draw only limited sympathy from managers with far fewer resources.

His first-team injuries amounted to six amid the grind of domestic and European football, but he came into this match hoping that one of Nathan Ake, Aymeric Laporte and Kevin de Bruyne might recover sufficiently to return. De Bruyne alone made that step, but even then he only as far as a place on the bench. While that was less than ideal, the bigger concern was his backline which has only half the cogs of his preferred four. Notably there was no start for John Stones, snubbed in favour of a player in Eric Garcia who doesn’t wish to be there. 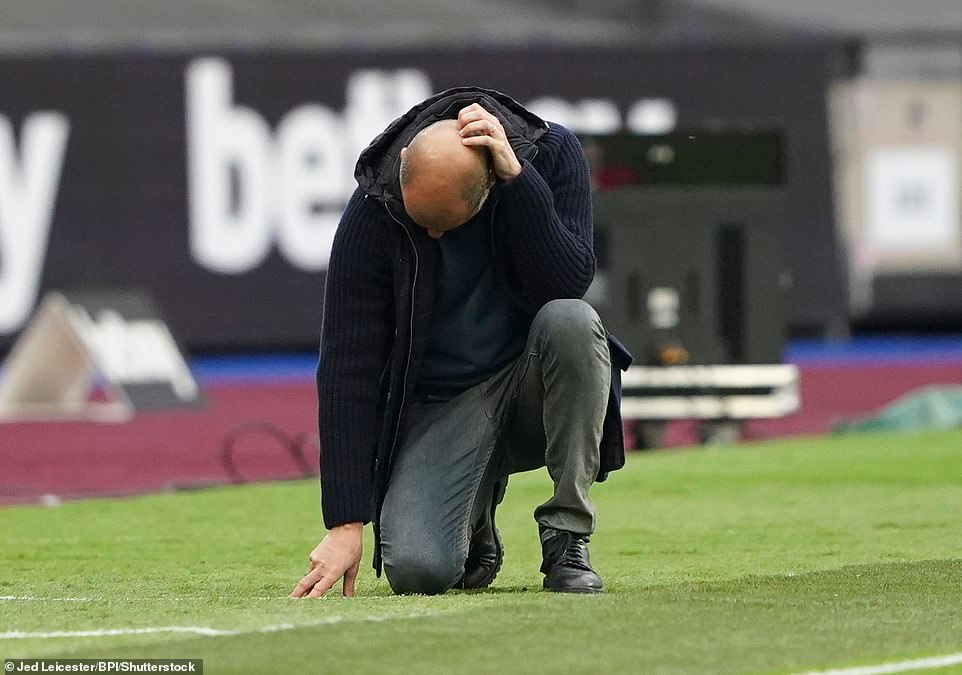 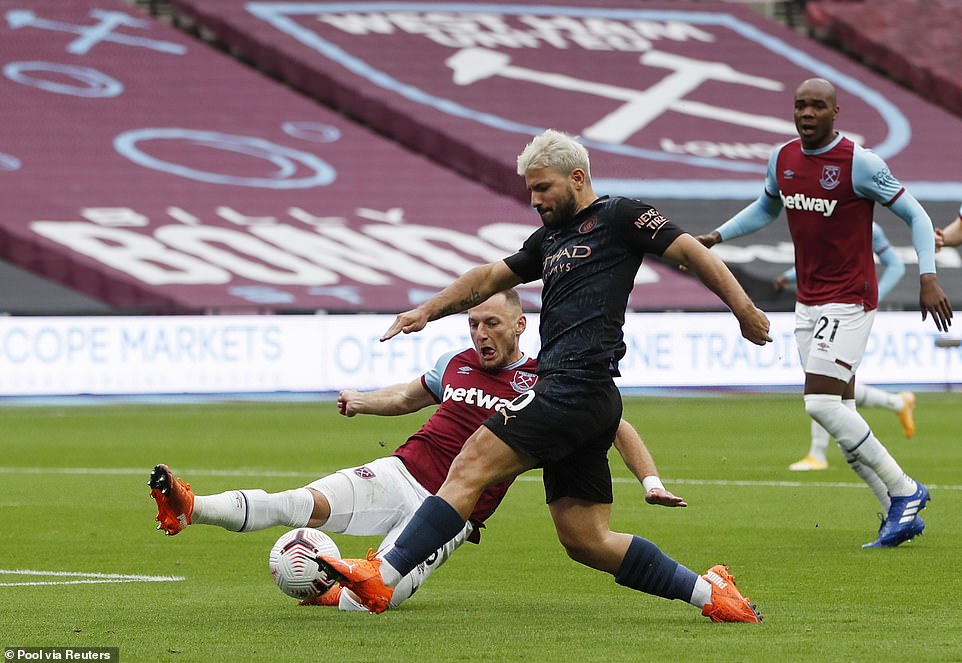 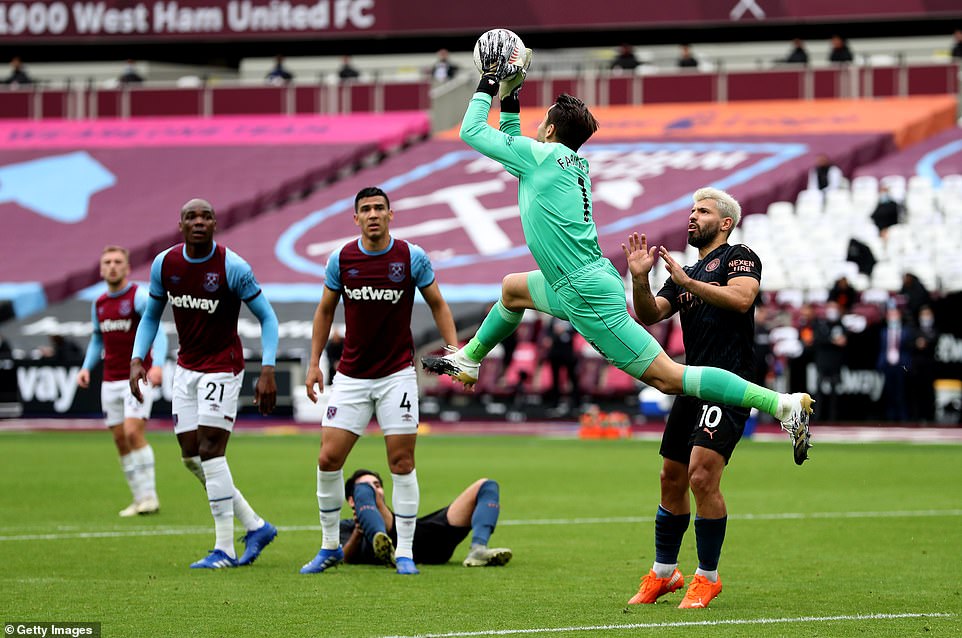 The West Ham goal, for all its magnificence, was an example of City’s defensive troubles.

Why, for instance, did two men watch Soucek chase a loose ball to the line instead of going in pursuit? They had appealed for a handball on his previous touch, but in the absence of a challenge he was free to control, turn and roll back to Vladimir Coufal, which set in motion the cross for Antonio that led to the finish.

A brilliant goal, but Guardiola will look at its creation and wonder.

The rest of the half was largely inconsequential, in either direction. Jarrod Bowen made good runs, Declan Rice held the midfield, Arthur Masuaka limited Riyad Mahrez to a whisper, and Antonio was a fraction shy of going one-on-one before Eric Garcia slid in to block. To see West Ham so strong, irrespective of what might follow, was to appreciate that Moyes is making serious progress. 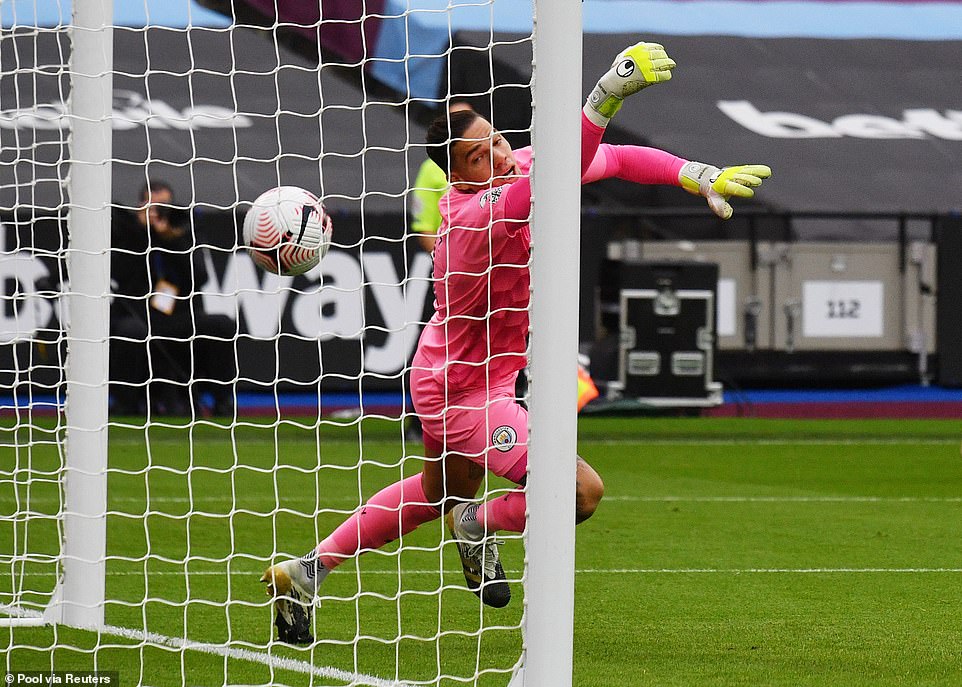 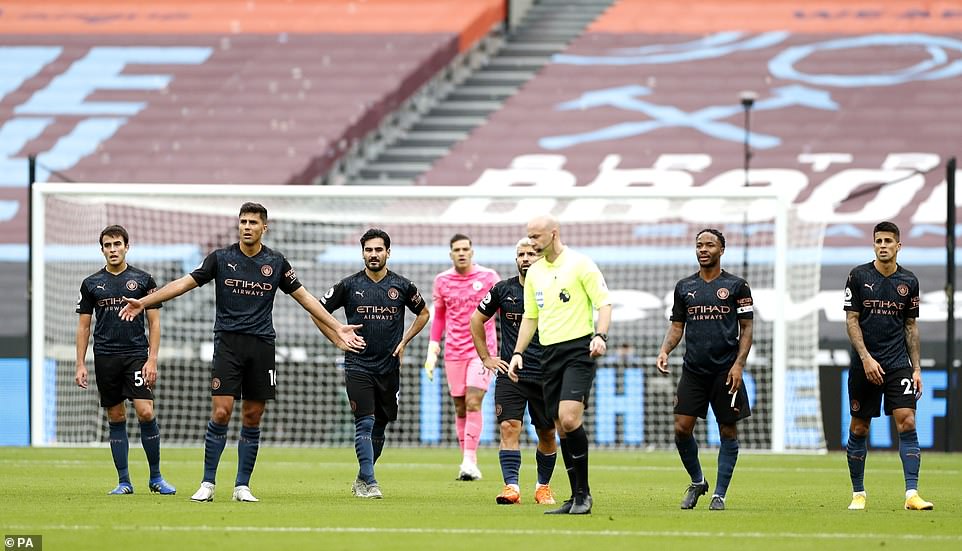 City players were aggrieved by the decision to allow the goal to stand, having appealed for a handball in the build-up 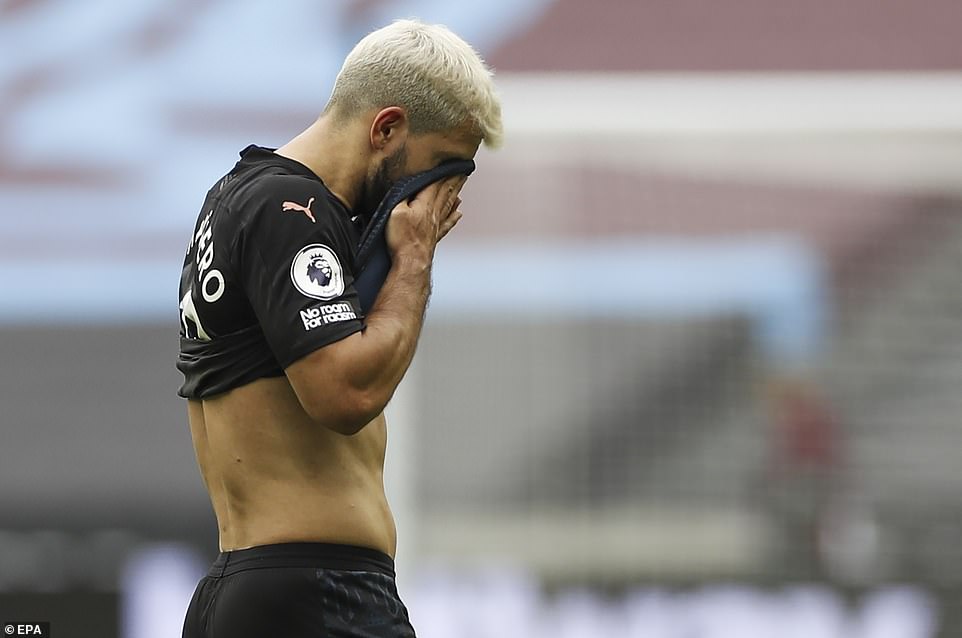 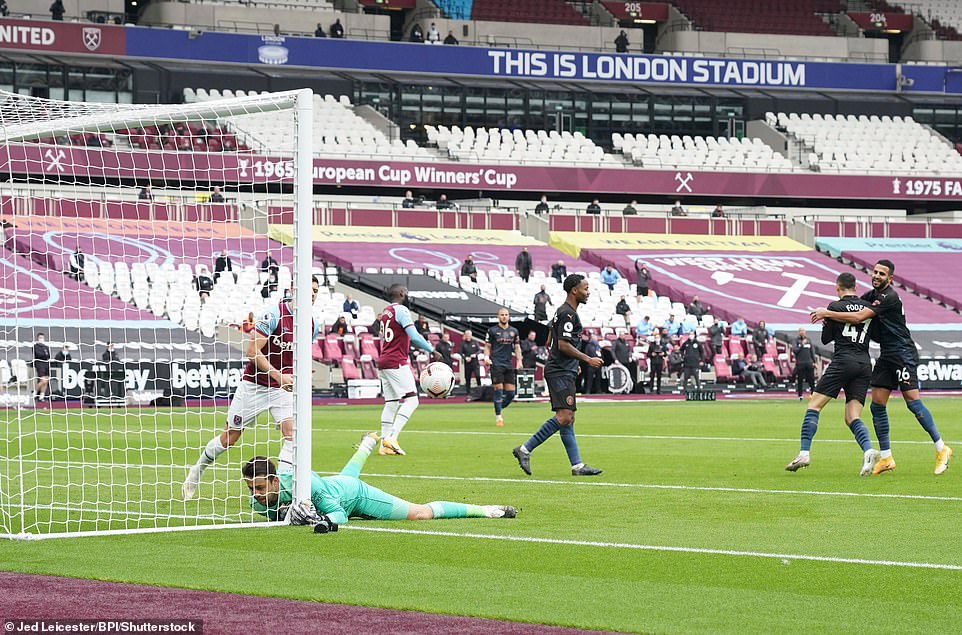 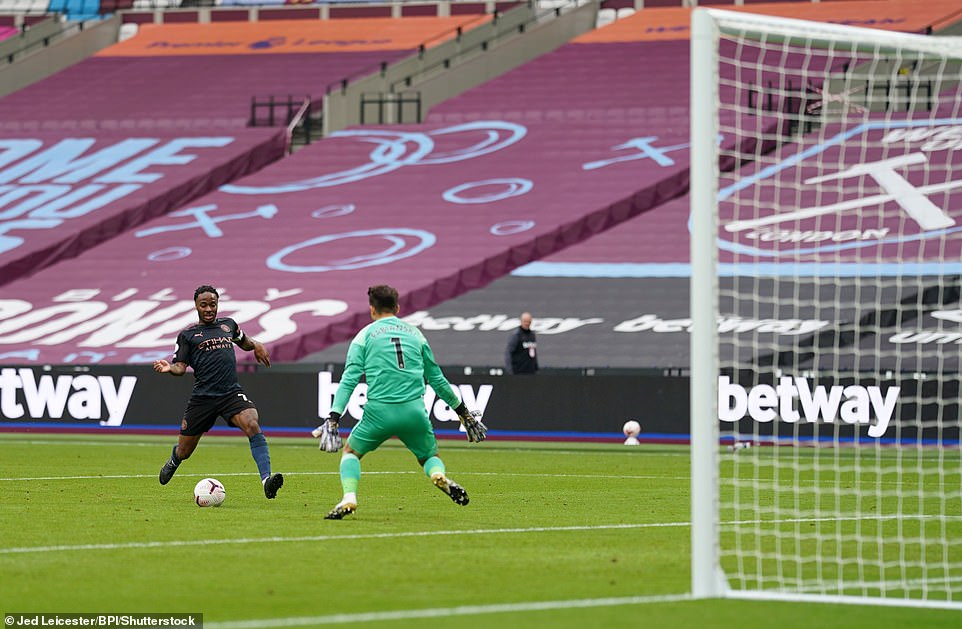 City, for their ends, had no good chances. Not one. Guardiola’s response was to hook Aguero for Foden at half-time – enforced by a hamstring issue that will be assessed on Sunday – and Raheem Sterling became the point of the attack. Immediately there was more life pulsing through City, and more mobility.

Rodri opened the half with a shot that deflected over, and then came the goal, which owed plenty to Joao Cancelo, who stepped aside Coufal and cut back to Foden. With a touch off his left he controlled before turning and finishing with the same foot.

City were stronger on the stretch and made the more deliberate effort to chase a win. De Bruyne was introduced and had a free-kick saved, Fabian Balbuena made an important interception of a Cancelo cross, and Masuaku saved the day with a challenge on Mahrez. Sterling also went clean through in the final five minutes and shot straight at Fabianski and Mahrez fluffed another.

Once upon a time, City would have hammered West Ham with those chances. 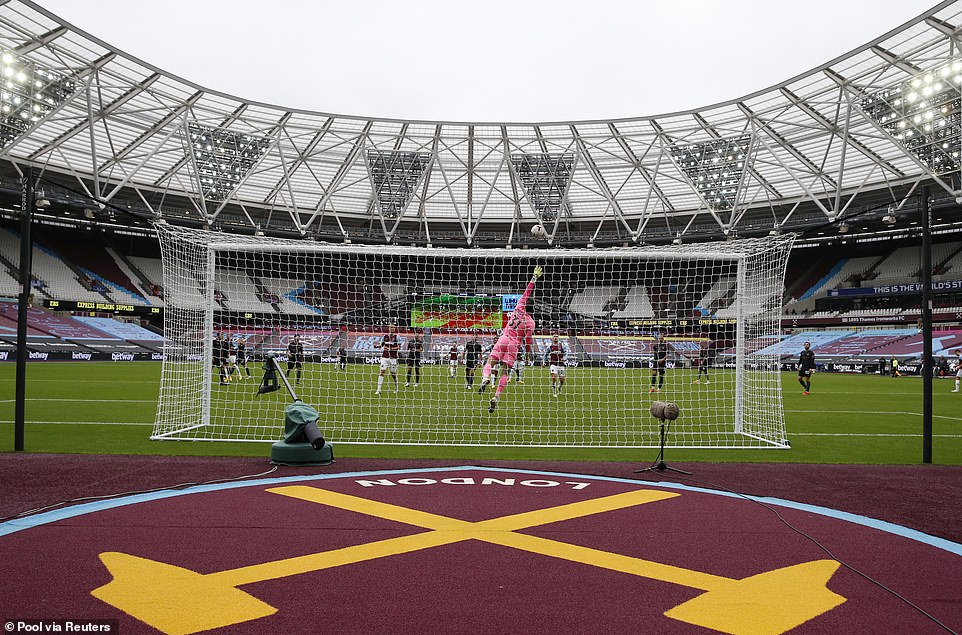 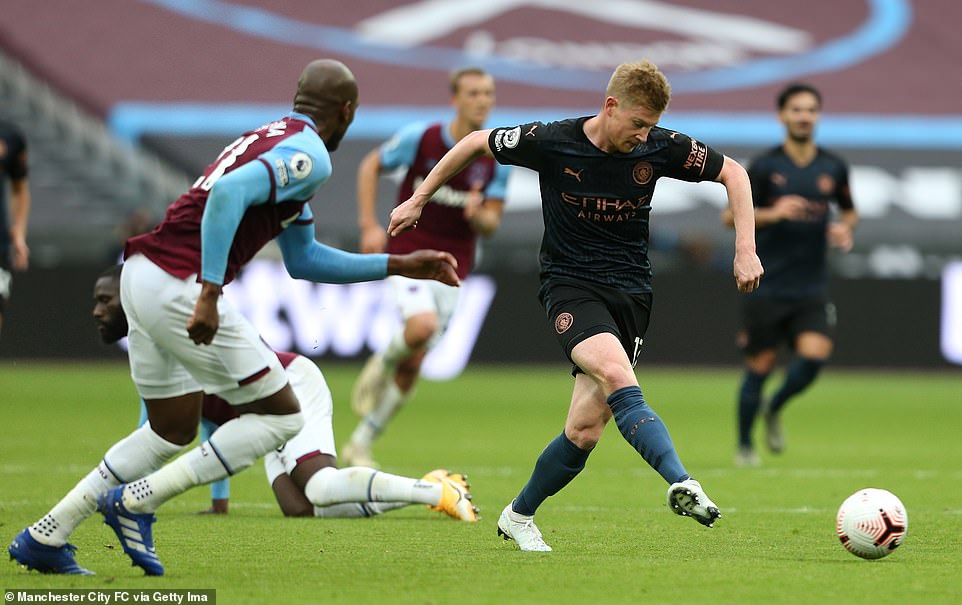 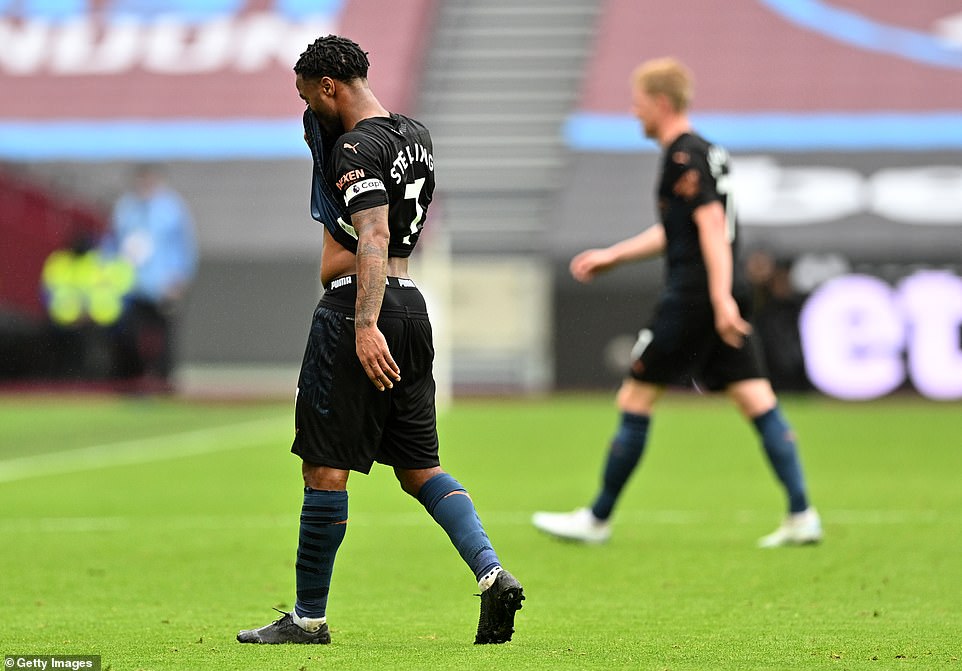 It was more disappointment for City, whose stop-start beginning to the season continued here on Saturday

RELIVE ALL THE ACTION FROM THE LONDON STADIUM HERE

Erling Haaland knows a wonderkid when he sees one. After all, he has just won the Golden Boy award.So when the brilliant Borussia...
Read more
Sport

Borussia Dortmund wonderkid Youssoufa Moukoko is so good he gets birthday...