Home Sport Mark Bright says he felt 'duty' to get involved in study into...
Sport

When I was coaching the schoolboy strikers at Crystal Palace on a Thursday evening I remember speaking to the academy director and saying I’m a bit uncomfortable crossing balls from between the 18-yard box and the touchline, for youngsters to head. I started, then I stopped.

If it was my son I wouldn’t have liked him doing it. He said, ‘OK, we’ll do something different.’ So we just did handheld [service]. It became more about the technique of it, the neck muscles.

These balls are synthetic, they’re not leather but they’re probably full size for these age groups. 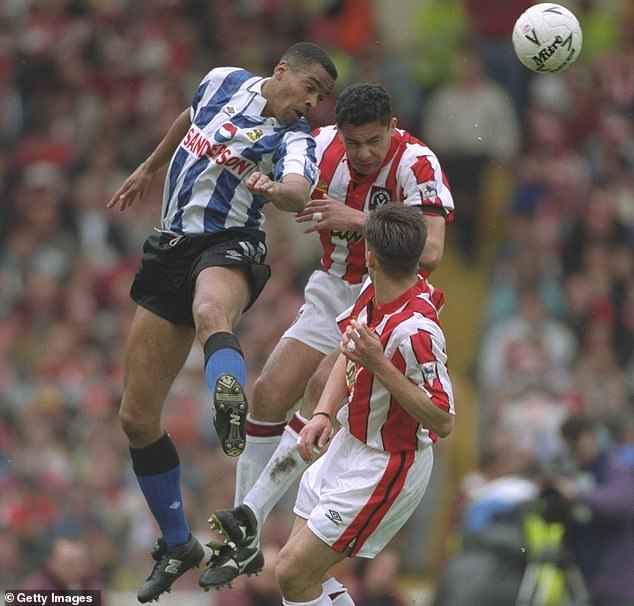 If you do physics, the ball probably going at least 30, 40mph, the player will be running at probably eight, 10 miles per hour and there is a collision.

That collision is their head, heading that ball in a different direction.

I spoke to Dave Richardson who used to work at the Premier League and helped arrange youth tournaments.

He was a mentor of mine at Leicester and I told him about it. He said you’re right to do that if you’re not comfortable with it.

I was very conscious of it. It was early days of people being a bit more concerned with it. I didn’t want to hurt them and 10 years later, here we are.

Gary Lineker was ahead of the curve by a million miles. When I went from Port Vale to Leicester, my keenest interest was watching Gary Lineker. But I never saw him head a ball. 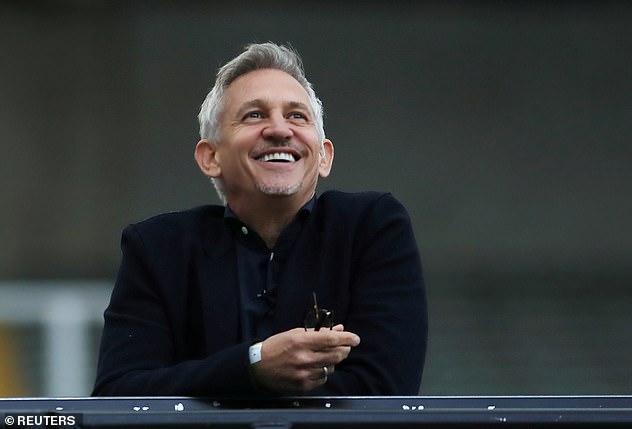 I asked him ‘don’t you head the ball?’ He said ‘no, I think it’s instinctive Brighty. I don’t see the purpose of heading that ball on the training ground loads of times.’

When a cross came in towards his head, he’d put his forearm in front of his head and handball it in.

I thought it was unbelievable how he could get away in what is now the Premier League, as a striker and not head the ball in training.

Everyone at every other club I had been at headed the ball, bar Gary. 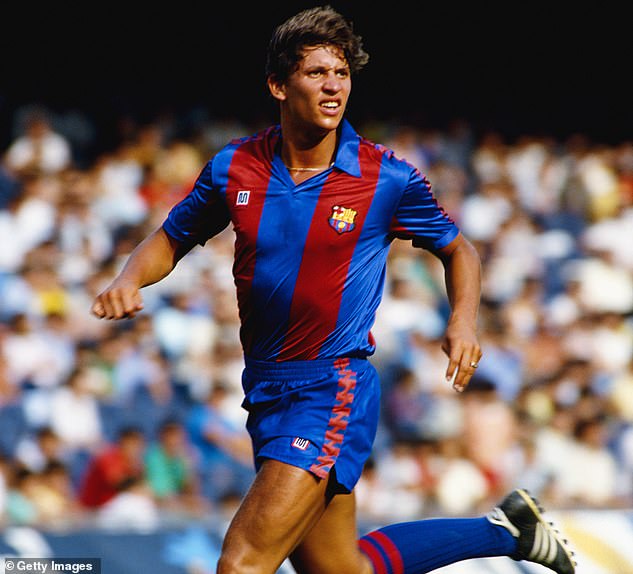 Lineker insists there is ‘absolutely no reason’ to head in training, and he only did so in games

But he scored lots of headers, thought it was instinctive and might have a point.

I used to work on it as I thought it was a discipline and prided myself on being a good header of a ball.

But if I knew then what I know now I’d have a different attitude towards heading. I think I would have adopted Gary Lineker’s approach.

At Crystal Palace Ian Wright and I used to stay out after training, 20 to 30 minutes at least.

Volleying, heading, side footers, whatever. But I could imagine now I’d be saying ‘no mate, I’m not touching headers. No chance. I’ll do some left-footers and right footers. Maybe some turning and shooting’ because it’s all going to add up to thousands of headers at the end of your career. 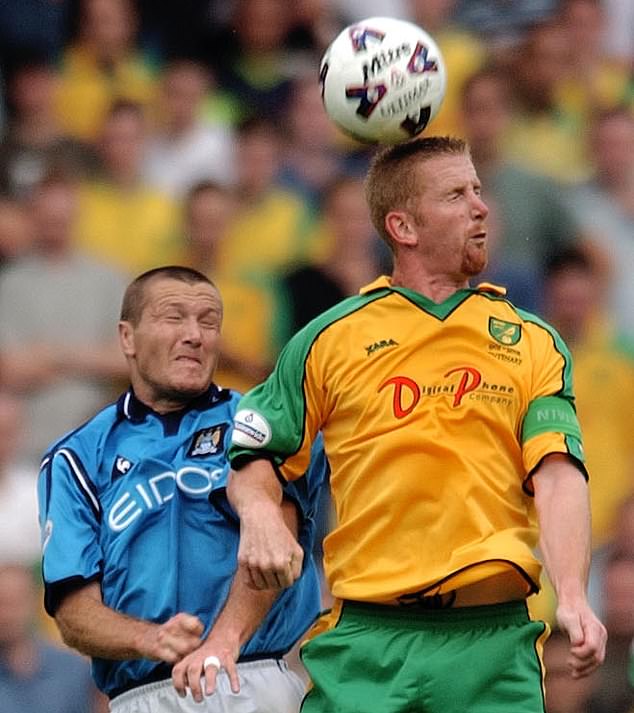 I got involved with a study into heading and the links to dementia because I just felt a duty.

The game has given me something, I’m trying to give back a little bit.

I ticked all the boxes for what Dr Michael Grey is looking for – over 40, played professional football, something like a 14, 15 year career, played all my life and been heading a ball since I can remember.

In my day, a cruciate injury, for example, would finish your career basically.

It is like a standard operation now because of what they know and have learned from studies. Likewise, this study is important for the younger people than me and ones looking for a career in professional football. 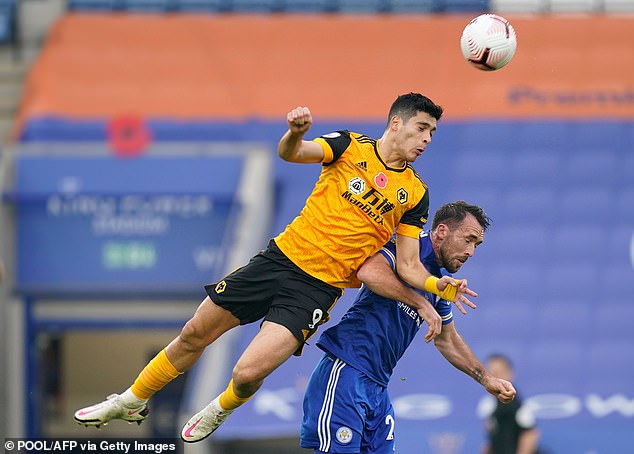 I sent her a couple of messages saying ‘good luck with everything’ and ‘I’m really sorry.’

Iwan Roberts and Jeremy Goss were the first. They’re from Norwich, it’s The University of East Anglia and I didn’t want to step on anyone’s toes.

I just got in touch in January and said I’d do this study. I’ve got a couple of former teammates involved and more will get involved.

How the PFA and FA are not fully backing these studies is beyond me. This is our industry, The FA are the governing body and this has been going on for years.

The PFA are our union and they’re there for the best interests of their members. For them to have not been involved is a little scary.

There are now studies taking place. You don’t need to take part but it should be something that all players from the past eras should be concerned about.

The SCORES study is cognitive. They send you tests, one is a reaction time, another is picture recognition. 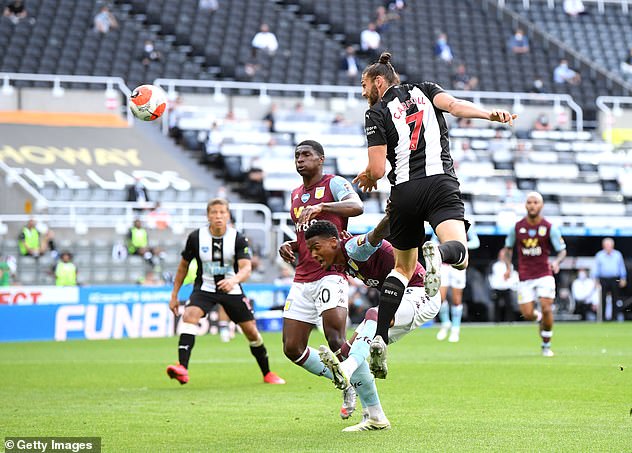 They can see any changes in your results over time. One test every three months, in your house on a tablet or laptop, takes 20-odd minutes to do. It’s about how quickly you can do them.

If you’re reactions are slowing down, he can flag it up and you can get help.

By changing diet and doing other things it can help you. You don’t know how much longer you can get from that.

An old teammate of mine Ernie Moss, his daughter contacted me when she saw something online. She said ‘Hi Mark, just wanted to say it’s breaking my heart watching my dad how he is now and I know he was a big fan of yours when you both played at Port Vale.’

I wrote back and said ‘I wouldn’t be where I was without your dad.’ 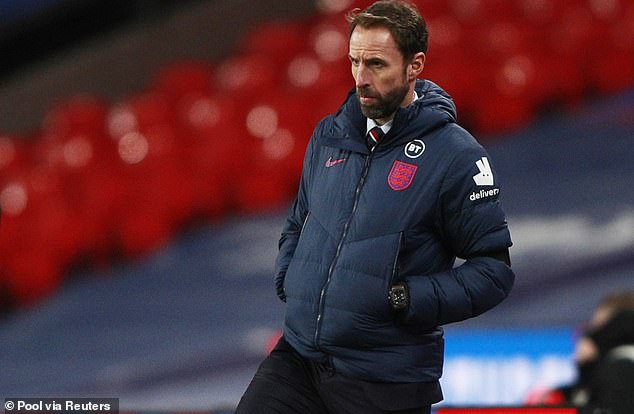 Robbie Earle and me, he put loads of time in with us, taught us how to be professionals, about discipline, fitness. All those things you need to know.

She says she goes to see him now and cries her eyes out and ‘I’m really pleased you’re helping out and doing something.’

I’ve had texts off old team-mates saying ‘well done.’ I don’t feel like it is a well done. I just feel like the time is right for a change.

Gareth Southgate mentioned that he is worried dementia will play some part in his life later on.

I think what will be, will be. I have a philosophical look at life and try and see the positives in everything.

I’m not shaking but I’m concerned like every one of my era and before, should be.

More than a dozen football clubs in the EFL have refused to pay millions of pounds to Her Majesty's Revenue and Customs in...
Read more
Sport

With Hollywood heavyweights Hugh Grant, Nicole Kidman and Donald Sutherland, The Undoing was certainly not short of star power, but in the wake of...
Read more

Stacey is no stranger to giving fans an insight into her home life on social media.Yesterday, she shared a picture of her and...
Read more

More than a dozen football clubs in the EFL have refused to pay millions of pounds to Her Majesty's Revenue and Customs in...
Read more

It was an exciting day for royal fans, as William and Kate announed their engagement at Buckingham Palace. All eyes were on Kate's...
Read more
Load more

Stacey Solomon escapes to Primark at 4am hours after angering Joe...

15 EFL clubs refused to pay millions of pounds in tax...