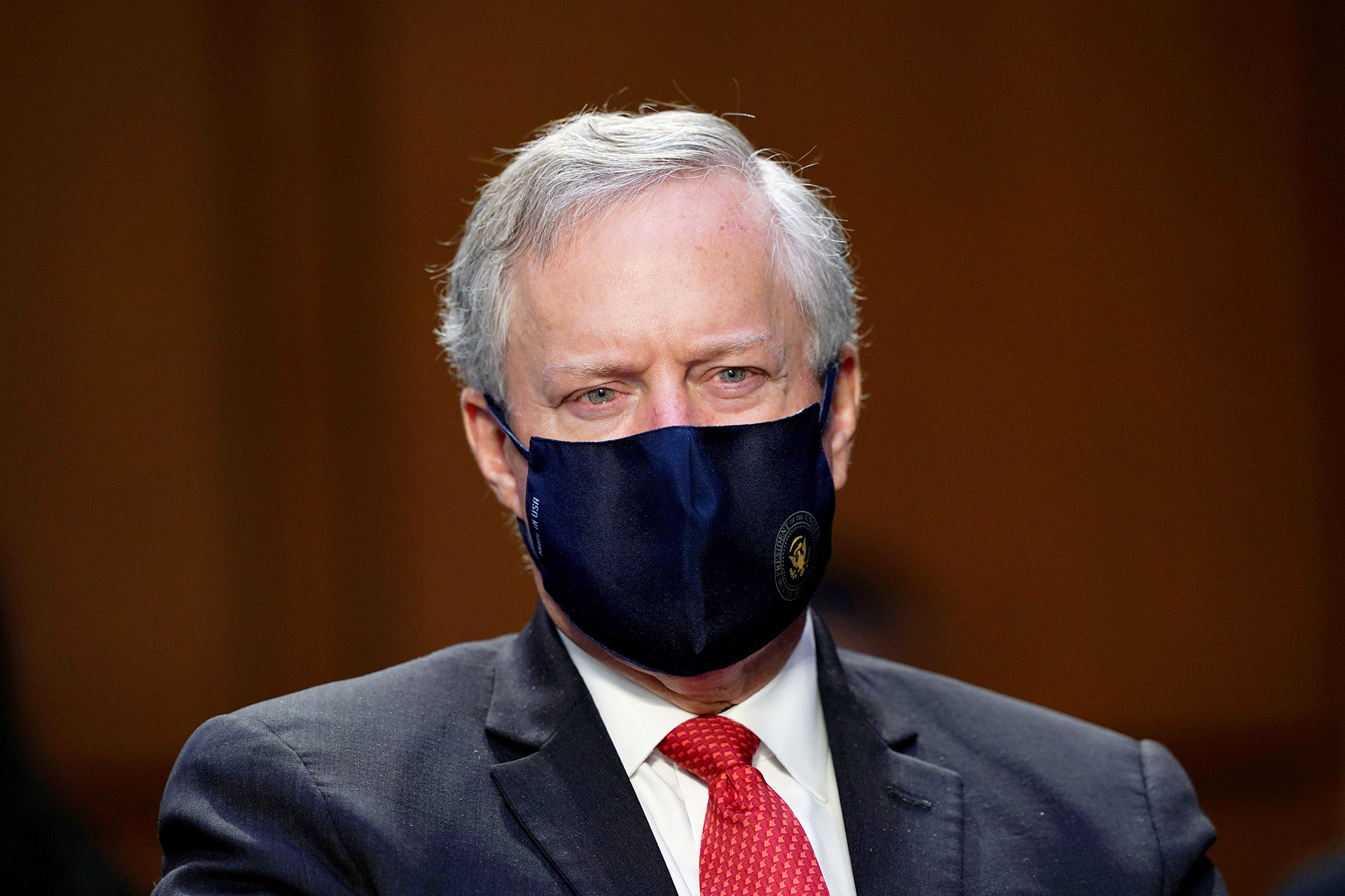 Meadows wrote under penalty of perjury that he “conferred with the President concerning his intentions with respect to two statements he made on Twitter on October 6, 2020.”

Those tweets reflected Trump’s impatience to release information about the FBI’s unsuccessful search for evidence that he colluded with Russia in 2016, as the Justice Department began signaling that Connecticut US Attorney John Durham will not release a report detailing misconduct before the Nov. 3 election.

“The President indicated to me that his statements on Twitter were not self-executing declassification orders and do not require the declassification or release of any particular documents, including the FD-302 reports of witness interviews prepared by the Federal Bureau of Investigation in connection with the investigation conducted by Special Counsel Robert Mueller, III,” Meadows wrote in the DC court filing.

“Instead, the President’s statements related to the authorization he had provided the Attorney General to declassify documents as part of his ongoing review of intelligence activities relating to the 2016 Presidential election and certain related matters,” Meadows wrote.

“The President’s statements do not require altering any redactions on any record at issue in these or any other cases, including, but not limited to, any redactions taken pursuant to any FOIA exemptions.”

In one Oct. 6 tweet, Trump wrote: “All Russia Hoax Scandal information was Declassified by me long ago. Unfortunately for our Country, people have acted very slowly, especially since it is perhaps the biggest political crime in the history of our Country. Act!!!”

In the other, the president said, “I have fully authorized the total Declassification of any & all documents pertaining to the single greatest political CRIME in American History, the Russia Hoax. Likewise, the Hillary Clinton Email Scandal. No redactions!”

The demand for no redactions followed Director of National Intelligence John Ratcliffe providing to Congress heavily redacted documents describing an allegation that Clinton ordered her campaign to falsely smear Trump as a Russian colluder.

A day after Trump’s tweets, Ratcliffe made available to the Justice Department a “foot-tall binder” of documents on the Russia investigation, which concluded last year without evidence of a criminal conspiracy involving Trump and Russia.

The Meadows court filing was in response to a lawsuit from CNN and BuzzFeed journalist Jason Leopold, who’s known for reporting on documents acquired through the Freedom of Information Act.

Some of Leopold’s reporting has been exonerating for Trump. Last month, documents Leopold secured from the Navy debunked the lede of an article in The Atlantic that claimed Trump lied about rain causing cancellation of a November 2018 helicopter trip to a Paris-area military cemetery. Emails published by Leopold indicate there was a “bad weather call” that canceled the flight, as Trump said.