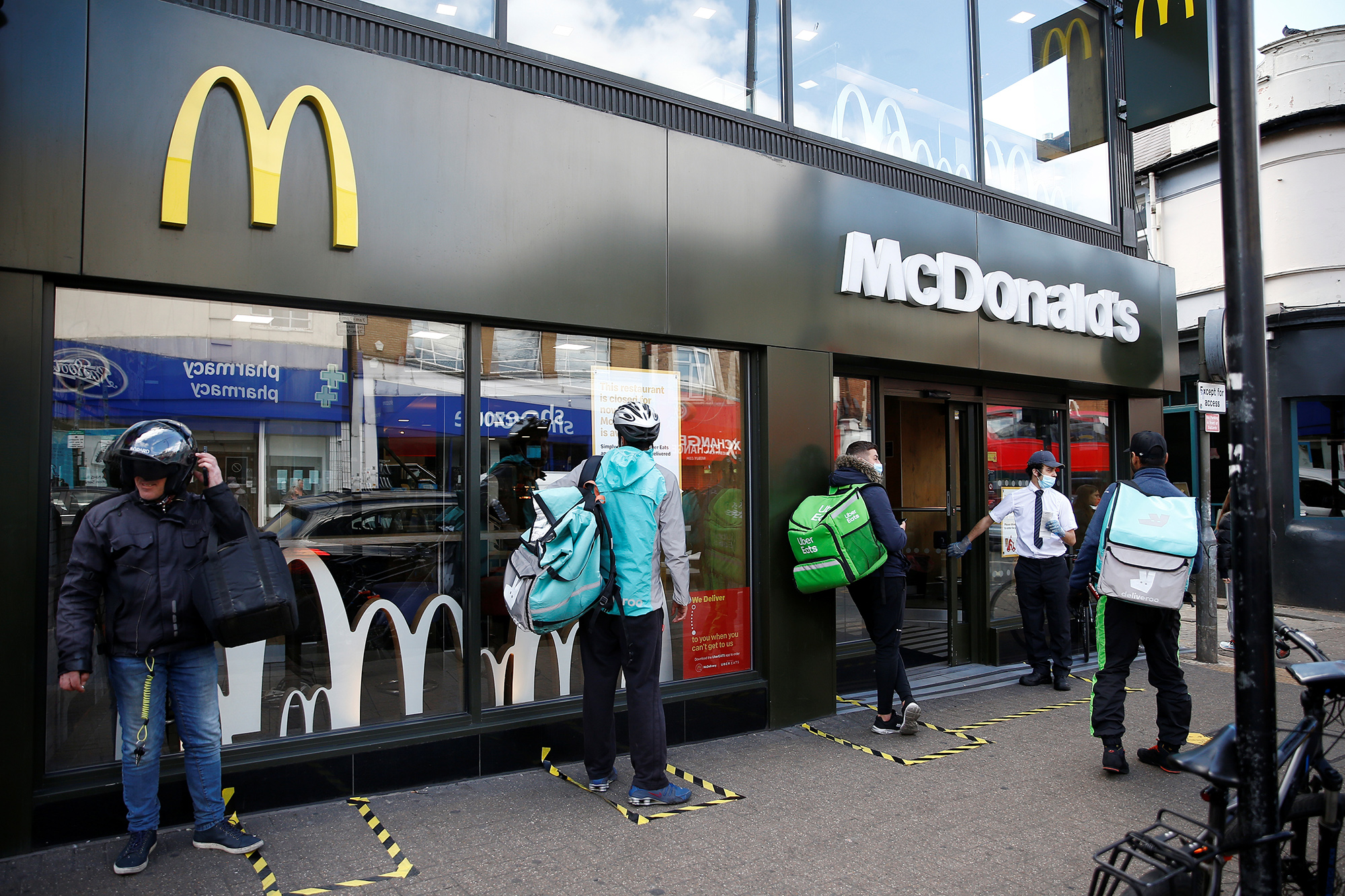 Shares of McDonald’s tumbled 2.5 percent on Tuesday after the company revealed that the coronavirus pandemic sent sales of sales down nearly 30 percent in the quarter that ended in June.

The burger chain, known for its Big Macs and baked apple pies, saw sales plunge 29 percent in the second quarter as the coronavirus kept diners holed up at home. The company’s earnings fell a massive 68 percent to $483.8 million due in part to coronavirus-related expenses.

The Chicago-based restaurant giant said it doled out $200 million during the quarter to promote its eateries, and set aside $92 million to cover the cost of unpaid bills from some of its franchisees.

Despite the second-quarter plunge, McDonald’s CEO, Chris Kempczinski, sounded an optimistic note, saying the worst appears to be over and touting improvements in delivery and drive-thru sales.

“In many markets around the world, most notably in the US, the public health situation appears to be worsening,” Kempczinski said in the company’s earnings call. “Nonetheless, I believe that Q2 represents the trough in our performance as McDonald’s has learned to adjust our operations to this new environment.”

He said both delivery and drive-thru sales have been growing — a trend he expects to continue after the pandemic clouds lift. “Our strong drive-thru presence and the investments we’ve made in delivery and digital over the past few years have served us well through these uncertain times,” Kempczinski said.

McDonald’s, which boasts 39,000 eateries around the world, still plans to close some 200 restaurants this year, including its former flagship in Times Square on 42nd Street. Sames-store store sales were down 24 percent in the second quarter.