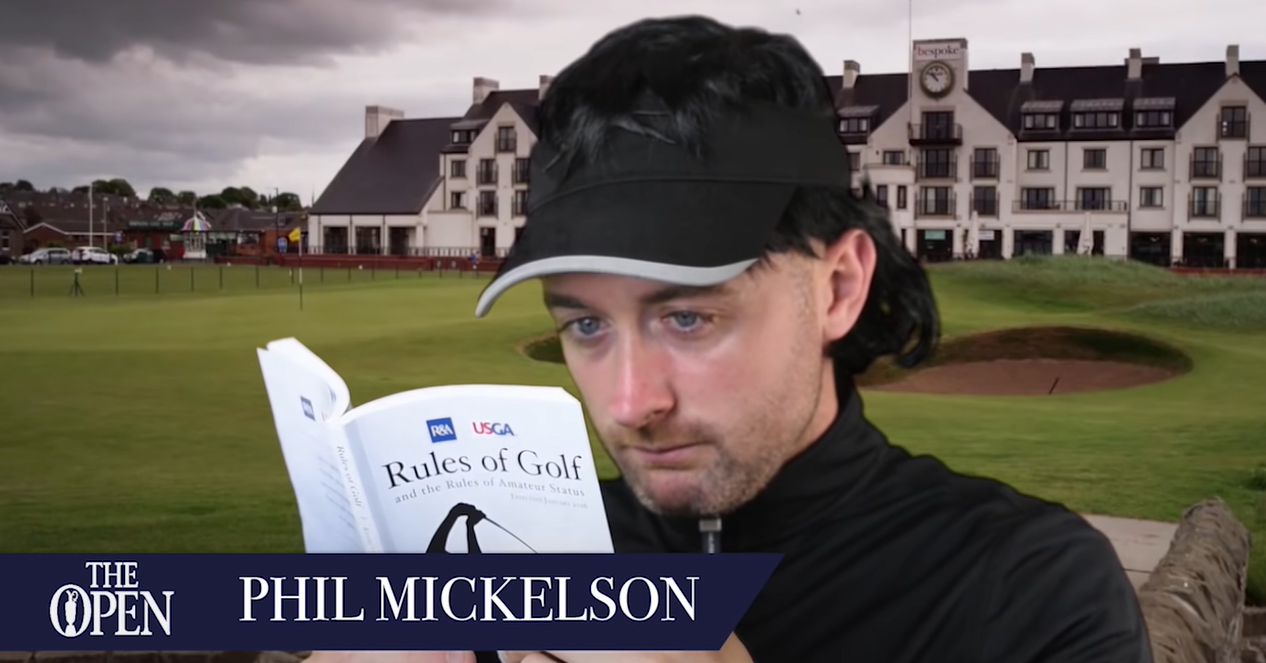 Even when he was toiling in anonymity pedaling cell phone service plans over the phone just three years ago in his homeland of Ireland — a world far, far away from the modicum of fame he’s since achieved — Conor Moore always lived life figuring everyone needs a good laugh.

In these times, dominated by the COVID-19 crisis where bad news seems to be the only news we hear, Moore knows we need humor now more than ever.

“There’s a lot of doom and gloom out there, so this may be an opportunity to give people 15 minutes of a bit of fun,’’ Moore told The Post recently by phone. “We need it more now than ever.’’

“It’’ is the humor Moore is delivering every Tuesday as host of “The Conor Moore Show,” which airs on the Golf Channel’s “Golfpass’’ option on Tuesdays.

Though Moore took up golf only a year and a half ago and is a 15 handicap, he’s fast becoming a name in the golf world as the preeminent impersonator in the sport. He’s become so good at his craft that the likes of Tiger Woods and Rory McIlroy laugh at his mere presence because they’re among the top stars in the game he impersonates spot-on.

Moore got his start doing impersonations on a lark, posting a video a few years ago of some soccer stars in Ireland. That prompted his father, who was the captain of the local golf club in Ireland, to ask him to do some gigs at the club, suggesting that he impersonate golfers.

Tens of millions of views on social media platforms later and now Moore is doing commercials with McIlroy and Woods and has his own show on the Golf Channel.

“When I met Rory at the Golf Channel, he just looked at me and started laughing at me,’’ Moore recalled. “All the golfers have been very cool and very welcoming me into the golf game. I haven’t had any hostility yet. They’ve all been brilliant. They all just enjoy it.

“I know I’m making fun of them in a way, because I am an impersonator and picking off their inflections. But the idea is that I’d like to think that everybody watching it gets to laugh — even those who are being impersonated. So far so good anyway.’’

Moore said he had initial difficulty perfecting the Woods impersonations.

“When I met him the first time, we just walked into the studio set where we were shooting the ad for Bridgestone and he was so cool,’’ Moore recalled. “He was asking me about different impersonations and then he just said, ‘All right, do me. I want to hear you do it to my face, and I’ll be honest with you and tell you whether it’s good.’

“I looked at him and said [with his Tiger voice], ‘Well, the conditions were really tough out there. I thought I putted well.’ When I said, ‘putted well,’ he just started laughing and said, ‘God dammit it dude, you sound just like me.’ ’’

We all seek affirmation in what we do. In Moore’s business, affirmation is the ultimate validation, and he got a significant bit of that when he reached out to Frank Caliendo, who’s become iconic for his NFL head coach impersonations of John Madden, Jon Gruden and many others.

“When I first did a video for the Golf Channel two years ago at the Masters, people were saying, ‘This guy is the Frank Caliendo of golf,’ ’’ Moore recalled. “I haven’t really been doing impersonations for that long, and I only knew the guys in Ireland. I hadn’t been watching football here, so I didn’t know Frank Caliendo. Then I Googled him and was like, ‘Wow, this guy is good.’

“We’ve gotten to know each other via Twitter so far and I said, ‘I’d love to get you on the show,’ and he said, ‘Absolutely, let’s do it.’ I’m thinking John Madden giving Ian Poulter tips. Might be funny.’’

Moore had Caliendo on one of his recent shows and it was, indeed, funny.

“What makes Conor interesting is he’s doing impressions that nobody’s really done or mastered before,’’ Caliendo told The Post. “He’s got this niche in golf. Conor creates a subtlety to it and the interaction between people with scenarios and sketches. I think he nails them really well. He’s got the funny content.

“Like with Tiger Woods, when you find those catchphrases and say the things people say over and over, that’s a key. You unlock some things that people see and have heard before. That’s what gets you to laugh.’’

And, when the subject an impersonator is lampooning laughs, that’s the ultimate compliment to the likes of Moore and Caliendo.

“It actually is validation if the person likes it, because then you almost get ownership of it,’’ Caliendo said. “Conor doing that with Tiger and doing the commercial and the bit, he’s the guy who’s known for doing Tiger. So, anybody else who is doing Tiger is kind of doing a Conor Moore impression.

“He has such a great niche that he can build off of, and you can see that he’s trying to do some different things like [actor] Matthew McConaughey, which is really good. But it’s funny how people won’t pay attention to that stuff as much as they will to his golf stuff, because he’s got that brand.

“It’s happened to me with sports stuff quite a few times. I like to do other things, but the sports stuff pays the bills. You spend the first part of your career trying to get known at some level and the second part fighting to be something other than what you’re known for.’’

Moore, at the moment, is perfectly happy being typecast as the golf guy, delivering laughs one golfer at a time.