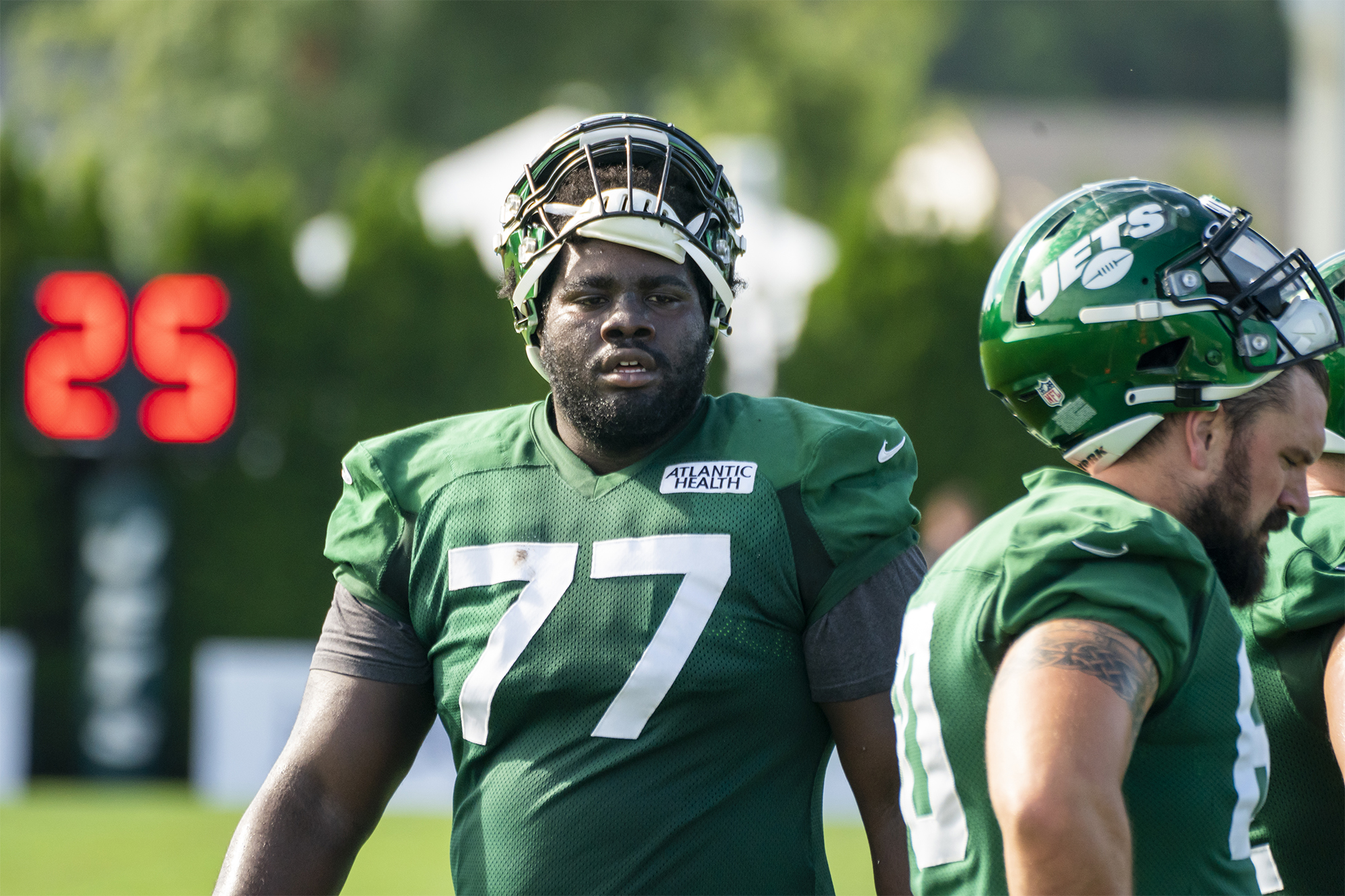 There were not many positives out of Sunday’s 27-17 loss to the Bills, but rookie left tackle Mekhi Becton was a big one. Everything about Becton is big.

Becton played a very clean game. He gave up one sack, but it could have been ruled a coverage sack. He manhandled opponents and moved people off of the ball. His pass protection was strong against a good rusher in Jerry Hughes.

Go on Twitter and check out former lineman Brian Baldinger’s tape review of Becton to see some highlights. Baldinger was gushing over him.

Becton gets an even stiffer test this week with the 49ers coming to town. The Jets offensive coaches have to be digging deep to find ways of stopping Nick Bosa. Last year’s defensive rookie of the year is relentless when it comes to rushing the quarterback. He will line up over Becton for most of the day, and the rookie will get to show whether he is up for one of the toughest tests he’ll face this year.

Bosa had nine sacks last season and 16 tackles for loss. If Sam Darnold is going to have any chance against the 49ers, he’ll need Becton to have a strong encore.