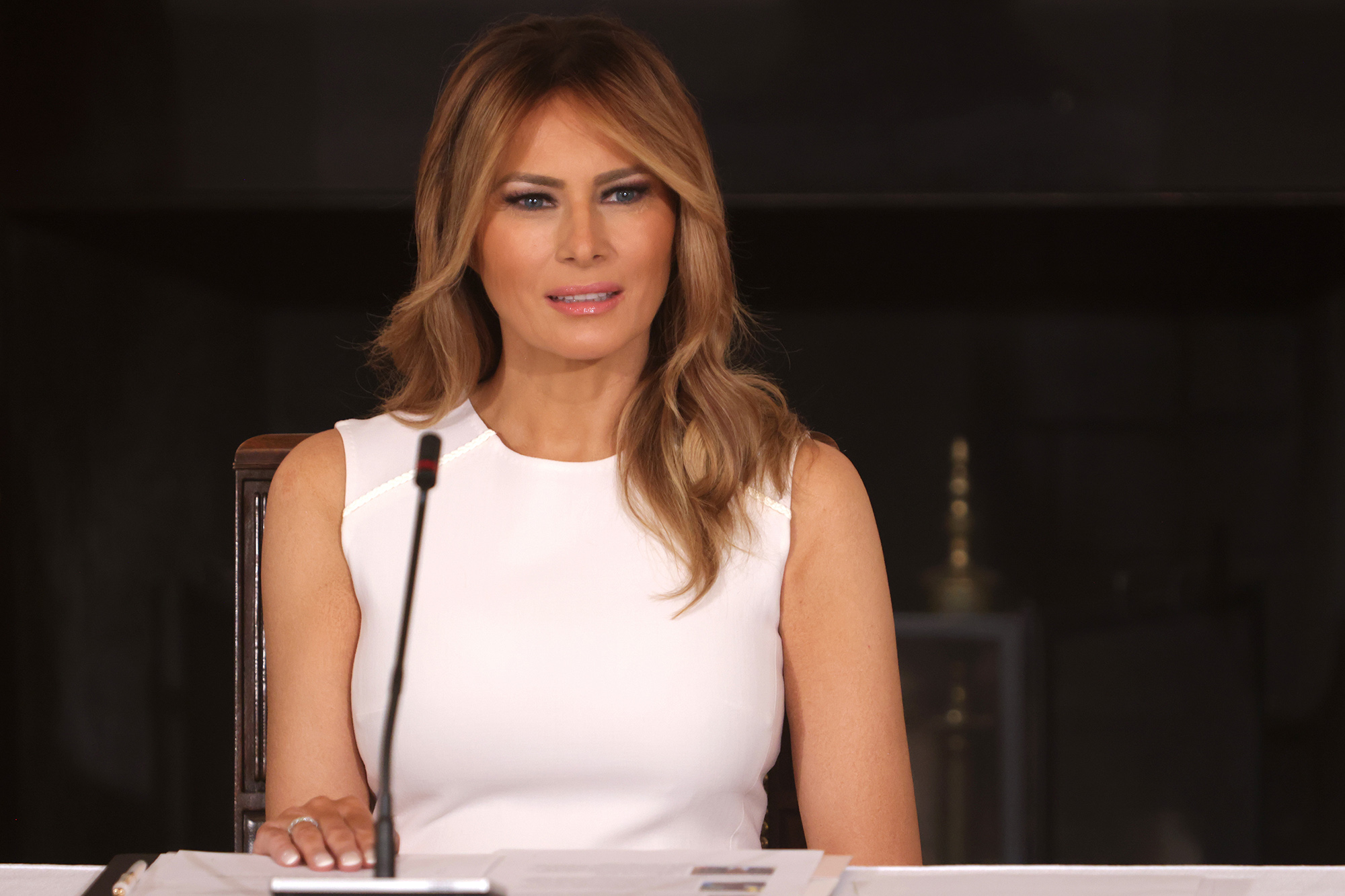 WASHINGTON — First Lady Melania Trump has canceled her return to the campaign trail with an appearance scheduled for a campaign stop in Pennsylvania on Tuesday night because she has lingering COVID-19 symptoms, according to a report.

The 50-year-old nixed the trip — her first campaign-related event in more than a year — because she still has a lingering cough after her bout with the coronavirus earlier this month, according to NBC News reporter Monica Alba

“Mrs. Trump continues to feel better every day following her recovery from COVID-19, but with a lingering cough, and out of an abundance of caution, she will not be traveling today,” a spokeswoman for Trump said.

President Trump, his wife, and their son Barron Trump all tested positive for the virus earlier this month and have since recovered.

In an essay published on the White House website, Melania Trump said her battle with the virus had been “a roller coaster of symptoms” which hit her “all at once.”

“I experienced body aches, a cough and headaches, and felt extremely tired most of the time. I chose to go a more natural route in terms of medicine, opting more for vitamins and healthy food,” she wrote.

The commander-in-chief’s rally in Erie, Pa., was due to be the first lady’s first campaign event after nearly a year-long absence from the campaign trail.

Aside from her Rose Garden speech at the Republican National Convention in August, the last time Melania Trump appeared at a campaign event was at her husband’s re-election kickoff rally in Florida in June 2019.

While he was hospitalized with the respiratory bug, the president has described feeling like “Superman” after doctors treated him with an experimental cocktail of antiviral drugs by Regeneron.