Men are more likely to be regarded as ‘brilliant’ than women and it is an ‘innate bias’ that is holding back gender equality around the world, a new study claims.

Researchers say this ‘brilliance’ stereotype could be linked to more men than women working in fields associated with being brilliant such as science and technology.

Male and female volunteers of all ages and from 78 countries were shown a series of images linked to men, women and the ‘brilliance’ trait and asked to link them.

The strength of the ‘brilliant’ stereotype rivalled other deep-rooted biases linking women to certain careers and the family, study authors discovered.

When quizzed directly the research subjects actually linked women with brilliance more often than men – but an ‘indirect approach’ demonstrated the opposite. 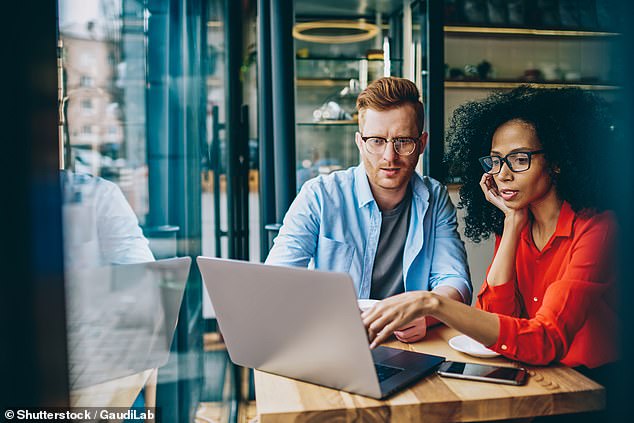 Researchers say this ‘brilliance’ stereotype could be linked to more men than women working in fields associated with being brilliant such as science and technology. Stock image

This suggests it is an ‘implicit bias’ and was demonstrated in children as young as nine – from all 78 countries involved in the research study, the authors said.

Study leader Dr Daniel Storage, of Denver University, said stereotypes that portray brilliance as a male trait are likely to hold women back in prestigious careers.

‘Understanding the prevalence and magnitude of this gender-brilliance stereotype can inform future efforts to increase gender equity in career outcomes,’ according to co-author Dr Andrei Cimpian, at New York University

Cimpian’s previous work suggested that women are underrepresented in careers where success is thought to depend on high levels of intellectual ability, brilliance or genius – particularly in the science and technology fields.

One of their theories is that that women are less encouraged to pursue certain fields because the qualities of genius or brilliance are associated in people’s minds with men more than with women.

Alternatively, Cimpian questions whether the atmosphere in certain workplaces is less welcoming to women and so putting them off entering that field.

To find out more about gender perceptions of brilliance, the team aimed to accurately measure the stereotyping – something difficult to achieve.

Doing so accurately required overcoming a tricky challenge – in that people are often reluctant to admit they have stereotypes or any form of bias.

In order to overcome this obstacle, the researchers adopted an indirect way of measuring the stereotype – namely, a tool called the Implicit Association Test (IAT).

The long-established method is essentially a speeded sorting task.

It aims to capture the automatic associations that come to mind between certain traits and certain groups of people when exposed to stimuli.

In the study, participants saw stimuli, such as a picture of a woman or the word ‘brilliant’, on a computer screen.

They were then asked to sort them into two categories by pressing either the ‘E’ or the ‘I’ key on their keyboard.

For example, in some trials participants were asked to press ‘E’ if they saw a stimulus that is related to either the category ‘male’ or the trait ‘brilliant.’

On other trials, the researchers switched the sorting rule such that ‘E’ key was related to either the female category or the trait brilliant.

If brilliant is more associated with male than with female in people’s minds, then participants will be faster to sort the stimuli when brilliant and male are paired.

The stereotype makes these two concepts seem like they ‘go together,’ in contrast to when brilliant and female are paired.

Repeated testing revealed consistent evidence for an implicit stereotype associating brilliance with men more than with women, the team revealed. 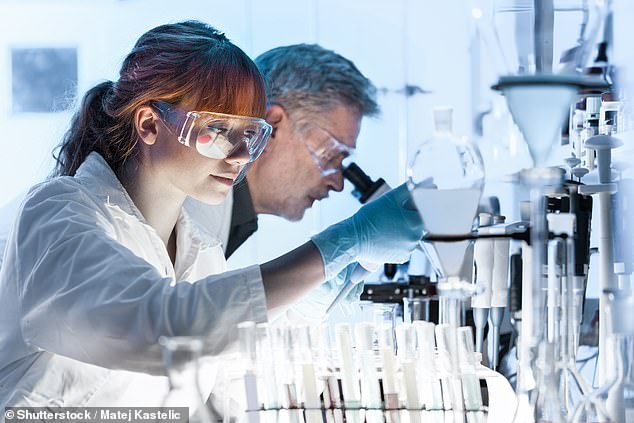 The strength of the ‘brilliant’ stereotype rivalled other deep-rooted biases linking women to certain careers and the family, study authors discovered. Stock image

This was true across a series of five studies, which included women and men from the US and 78 other countries and girls and boys aged nine and 10, also from the US.

Critically, the team said the magnitude of this stereotype was striking compared to other commonly held gender stereotypes linking women to certain ‘female jobs’ and family environments.

The team also gauged explicit stereotypes by directly asking subjects whether they believed that men were more brilliant than women.

In marked contrast to the implicit results, subjects rejected the idea ‘brilliant’ is a male trait when asked directly by the researchers.

The researchers said this finding is consistent with previous findings that showed people were unlikely to admit to stereotyping groups.

They stressed that this reinforced the importance of measuring such perceptions through subtle means rather than asking directly.

Study author Tessa Charlesworth, a doctoral student at Harvard University added: ‘A particularly exciting finding from this work is that, if anything, people explicitly say that they associate women with brilliance.

‘Yet implicit measures reveal a different story about the more automatic gender stereotypes that come to mind when thinking about brilliance.’

The findings have been published in the Journal of Experimental Social Psychology.