Now the POLICE get involved in row over bitter Merseyside derby: Cops launch investigation into ‘threats and hate crimes’ in tweets directed at Everton’s Jordan Pickford and Richarlison after they caused Virgil van Dijk and Thiago injuries

Merseyside Police have announced they are investigating several offensive tweets believed to have been aimed at Everton duo Jordan Pickford and Richarlison following the weekend’s fiery Merseyside derby.

The Toffees goalkeeper’s performance in their 2-2 draw against Liverpool was mired in controversy after a nasty challenge on Virgil Van Dijk saw him widely condemned, while Brazilian forward Richarlison saw red for an unpleasant challenge on Reds midfielder Thiago Alcantara.

However, police have confirmed that an investigation has begun looking to a number of tweets in relation to two Everton players believed to be the England and Brazil internationals respectively. 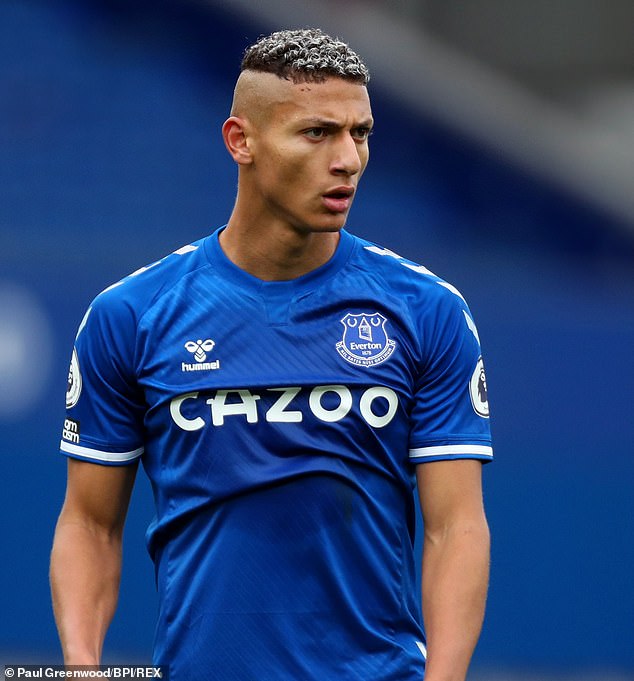 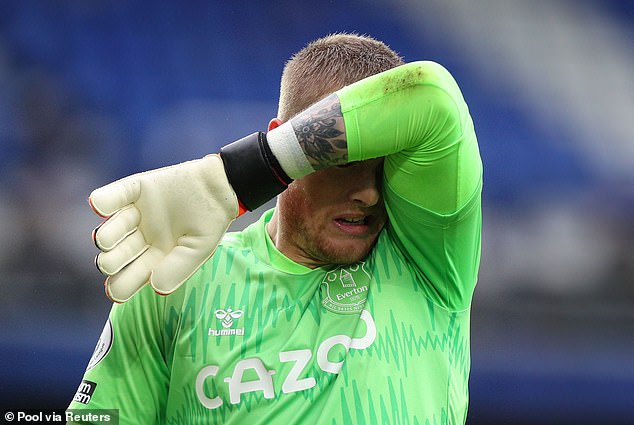 ‘Those who use the internet to make threats or commit hate crime are not beyond the law. Detectives are making enquiries to identify individuals,’ Merseyside Police are quoted as saying by BBC Radio Merseyside.

The news comes after Pickford controversially avoided a retrospective ban from the Football Association for his horror tackle on Van Dijk, which is expected to rule the Dutch defender out for the season after a scan at the weekend confirmed an anterior cruciate ligament injury.

The FA said on Monday no further action would be taken as referee Michael Oliver saw the incident in the first six minutes of the action-packed derby, while also detailing that match officials, including the Video Assistant Referee David Coote, reviewed the incident in question at the time and determined that Liverpool were not awarded a penalty because Van Dijk was in an offside position. 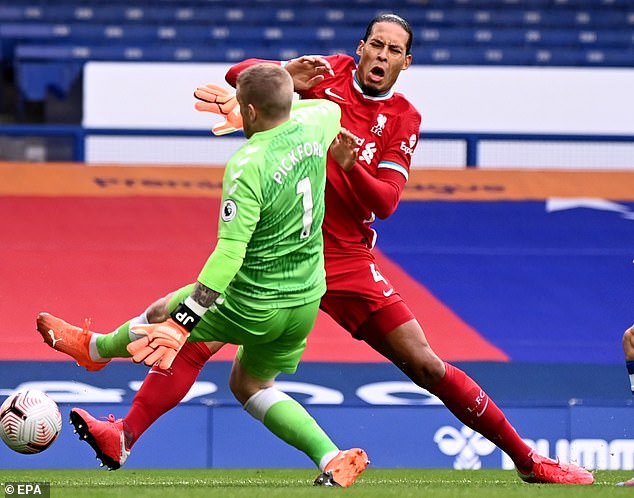 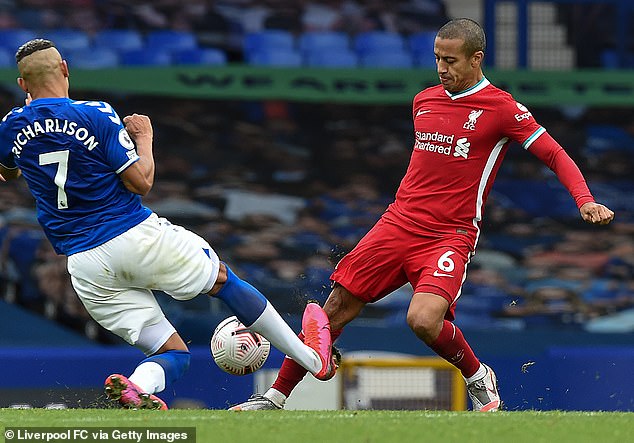 Coote is also said to have concluded that Pickford’s tackle did not meet the threshold for a red card and so no retrospective ban has since been issued.

News of Pickford escaping a ban was met with disgust by some supporters who had hoped ‘justice’ would have been meted out given Van Dijk’s likely long-term absence, but it now appears some posts have gone further which has caused the police to get involved.

There was less controversy however for Richarlison, who was immediately sent off by Oliver following his awful challenge on Spaniard Thiago, who was also in hospital alongside Van Dijk for a scan.

The Brazilian did apologise for his challenge but will now miss the club’s next three games against Southampton, Newcastle and Manchester United.

‘Everyone who knows my background knows that I was never a violent player,’ Richarlison wrote on his website. ‘I did not enter that dispute with the intention of hurting Thiago.

‘I already sent a message to him apologizing and I also do it here publicly. I hope he hasn’t been hurt and that everything is fine.’