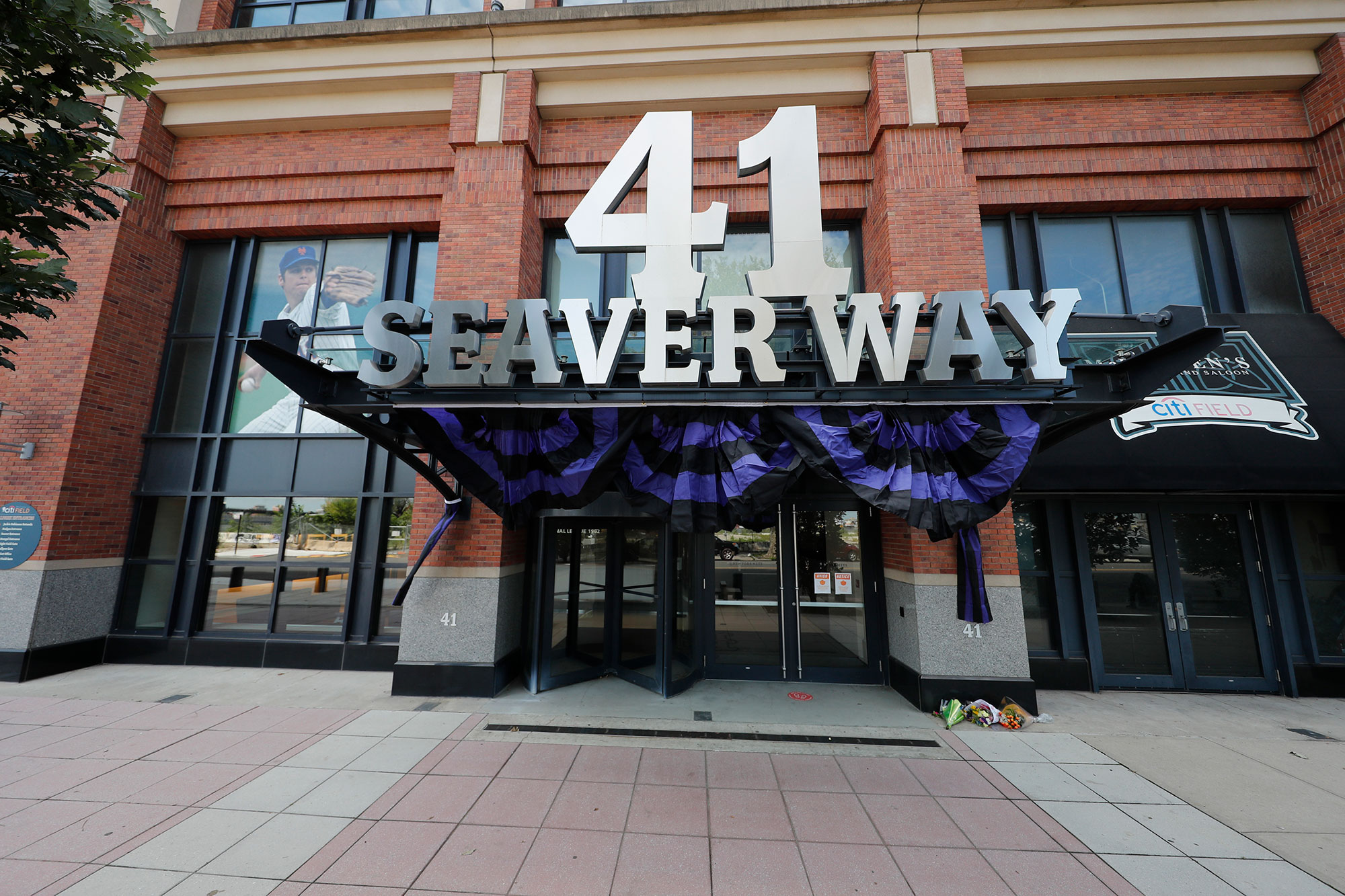 He’s got his own street, but where is the statue?

In remembering former teammate Tom Seaver, who died this week at age 75, Ron Swoboda on Thursday wondered about the Mets’ plan to unveil a statue outside Citi Field in the Hall of Fame pitcher’s likeness.

“Does the word ‘overdue’ touch on it?” Swoboda said. “A statue of Tom Seaver at 41 Tom Seaver [Way] would seem appropriate, no?”

The Mets announced plans last year to erect a Seaver statue, following a long outcry from fans to honor the greatest player in franchise history. According to club sources that statue will likely be ready by the early part of next season. Last year, the street adjacent to Citi Field was formally changed to Tom Seaver Way.

“Like [Jerry] Koosman, they used their legs and hips a lot in his motion, coming through and I think you would want to capture that pose while he was in the process of delivering some pretty good stuff.”

Seaver won 311 games and three Cy Young awards in a 20-year career that included two stints with the Mets. He officially retired from public life in 2019 when his family announced he had dementia, but in recent years Seaver’s presence around the organization had become less frequent.

Swoboda noted that Seaver’s passion became his vineyard in Calistoga, Calif., and winemaking. Swoboda, Koosman, Bud Harrelson and Art Shamsky visited that vineyard in 2018, spending the day with Seaver. It was the last time they saw their friend.

“Tom wanted to be a vintner on the same level as he was as a Hall of Fame pitcher,” Swoboda said. “He went at that with the same sort of focus and dedication, because excellence was the only way he would do anything. As a result, he has on the market an incredible cabernet.”

Before Thursday’s game against the Yankees, a photo album and video tribute to Seaver’s played on the screen at Citi Field and a moment of silence was held for “The Franchise,” as flags flew at half-mast. The screen read: “In Memoriam, George Thomas Seaver, The Franchise, 1944-2020.” Seaver’s retired No. 41 was also displayed in the Mets dugout and every player rubbed dirt on his right knee to symbolize Seaver’s patented delivery. In addition, the right-field scoreboard used a 1969-style display.

“Growing up in a baseball family, in the Mets organization, I have complete understanding of who Tom Seaver is, for the Mets family for the organization, for the Mets community for baseball,” manager Luis Rojas said. “Everything he did for the game and the way he carried himself and what he represented.

Sweden's high coronavirus death toll could be linked to a mild...

Most voters worry Trump is trying to release coronavirus vaccine too...

Sweden's high coronavirus death toll could be linked to a mild...