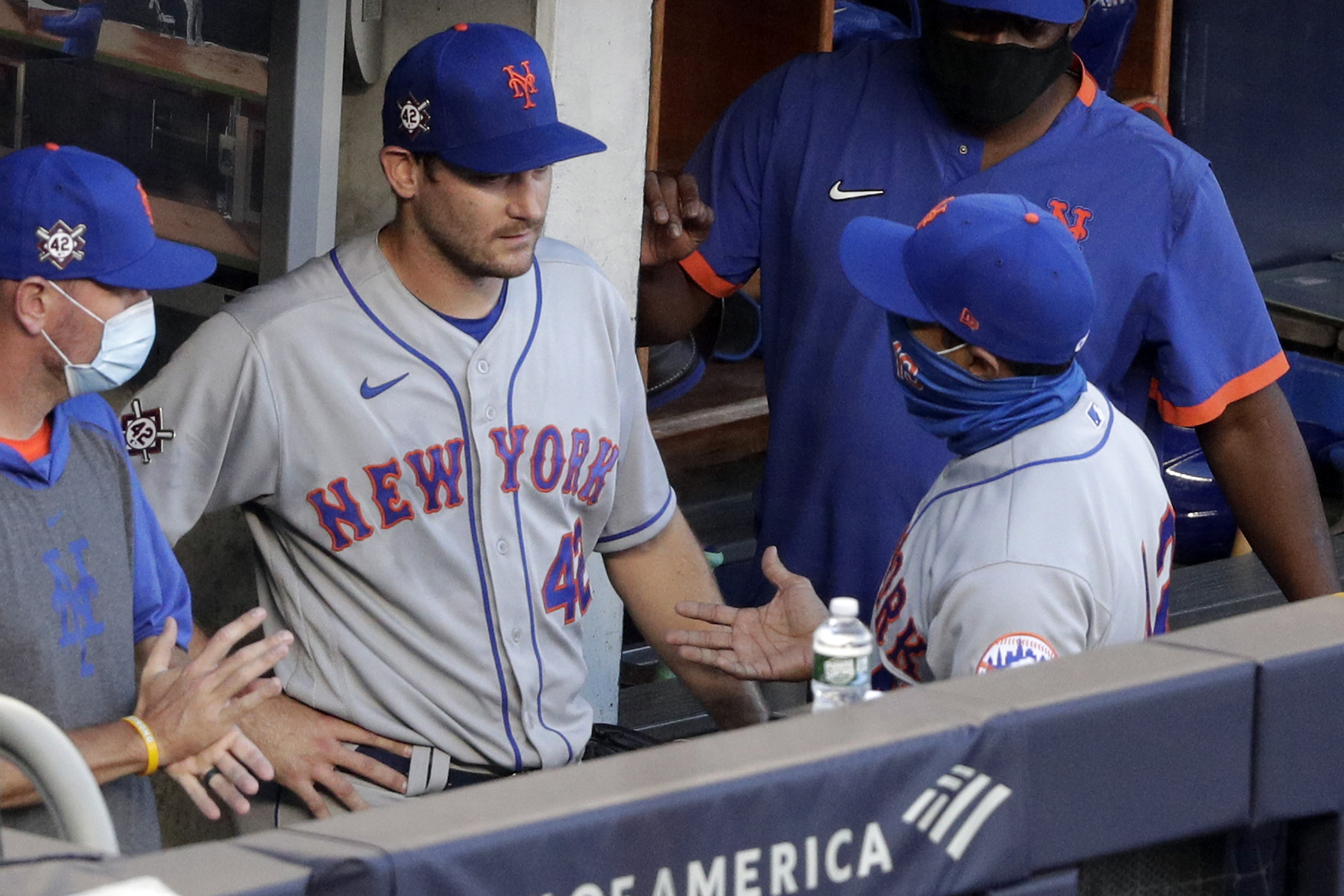 In his second appearance since joining the starting rotation last week, Lugo lasted 3 ²/₃ innings and allowed one earned in the Mets’ 5-2 loss to the Yankees in the nightcap of a doubleheader.

Lugo was stretched to 60 pitches after throwing 39 against the Marlins in his initial start of the season. He was removed after loading the bases in the fourth inning with two outs on Sunday.

“I felt really good,” Lugo said. “At times I felt I was going a little fast, but I was able to slow myself down, so I was pleased about that.”

Lugo said he had hoped to finish the fourth inning, but understood manager Luis Rojas’ decision to remove him.

“I was trying to catch his attention before he signaled to the umpire to go to the bullpen and I guess I was unsuccessful,” Lugo said. “That’s part of being a competitor. You don’t play this game because you want to get pulled. You play because you want to keep playing.”

J.D. Davis left the nightcap with left hip discomfort in the seventh inning, but Rojas indicated there wasn’t much concern about the third baseman after the game. Davis is expected to be evaluated on Monday.

Maybe the only surprising number in Rick Porcello’s final line in Game 1 — which included two earned runs allowed over five innings — were the two walks he surrendered. It broke a streak of four straight starts in which Porcello hadn’t issued a walk.

“The two walks today, I didn’t think they were bad walks,” Porcello said after the Mets lost 8-7 in eight innings. “They were close pitches and they were good hitters [DJ LeMahieu and Aaron Hicks] so I really wasn’t too worried about those. It’s just really having a better delivery and being able to pound pitches more effectively.”

Robinson Cano blasted a two-run homer in the fifth inning of Game 1 for his 2,600th career hit. Cano entered the nightcap 16-for-47 (.340) since returning from the injured list. The homer was Cano’s 82nd at the new Yankee Stadium (where he played home games from 2009-13).

Mark Vientos was added to the 60-player pool and assigned to the Mets’ alternate training site. Vientos joined Ronny Mauricio, Matt Allan, Brett Baty and Francisco Alvarez among top prospects assigned to Brooklyn in recent weeks. Players in the 60-man pool can be traded before Monday’s deadline.