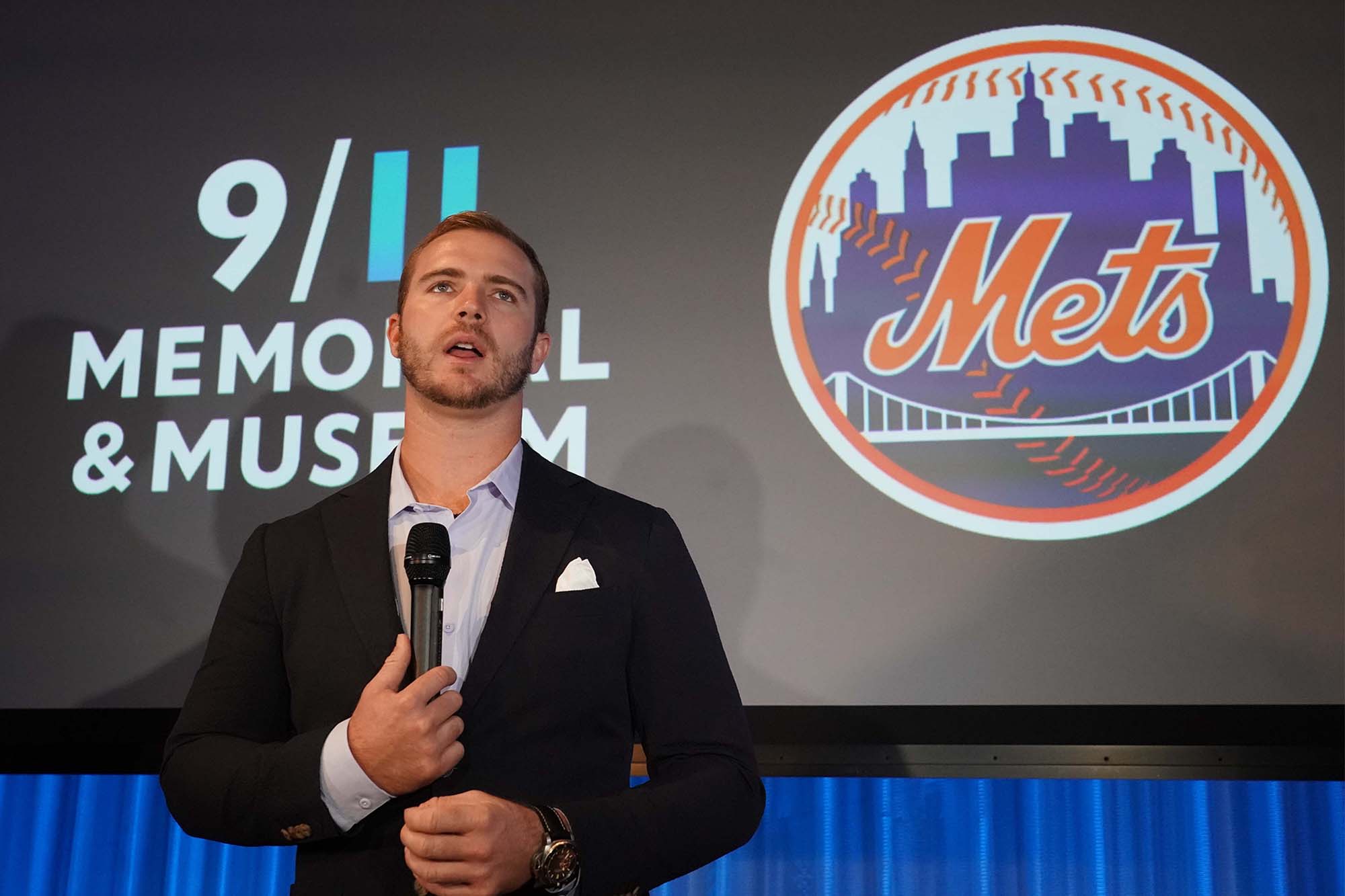 The Yankees and Mets will play at Citi Field next season on the 20th anniversary of the 9/11 terrorist attacks, The Post’s Mike Puma confirmed.

The first sporting event in New York City after the attacks was played a little over a week later at Shea Stadium, the Mets’ former home, when Mike Piazza hit a go-ahead home run that seemingly brought the entire city together.

News regarding the 2021 game was first reported by Newsday.

By then, the Yankees and Mets will have seen a lot of each other over the last calendar year.

The cross-town rivals will play each other six times in August during the shortened 2020 regular season as part of a new interleague format aimed at limiting how many teams a club faces.

They will also face off twice in a pair of exhibition games next week prior to Opening Day at the end of the month, MLB announced Tuesday.

The Subway Series will begin at 7:10 p.m. July 18 at Citi Field, with a rematch coming the next night at Yankee Stadium.

Both games will be televised on SNY, and the YES Network.

The Yankees are also scheduled to face former manager Joe Girardi and the Phillies in the Bronx July 20. The Mets currently do not have a third exhibition game scheduled.

Yankees ace Gerrit Cole will likely take the mound Opening Day against the Nationals in Washington on July 23, while the Mets will open their season a day later home against the Braves, pending the coronavirus doesn’t force MLB to shut down like it did in March.