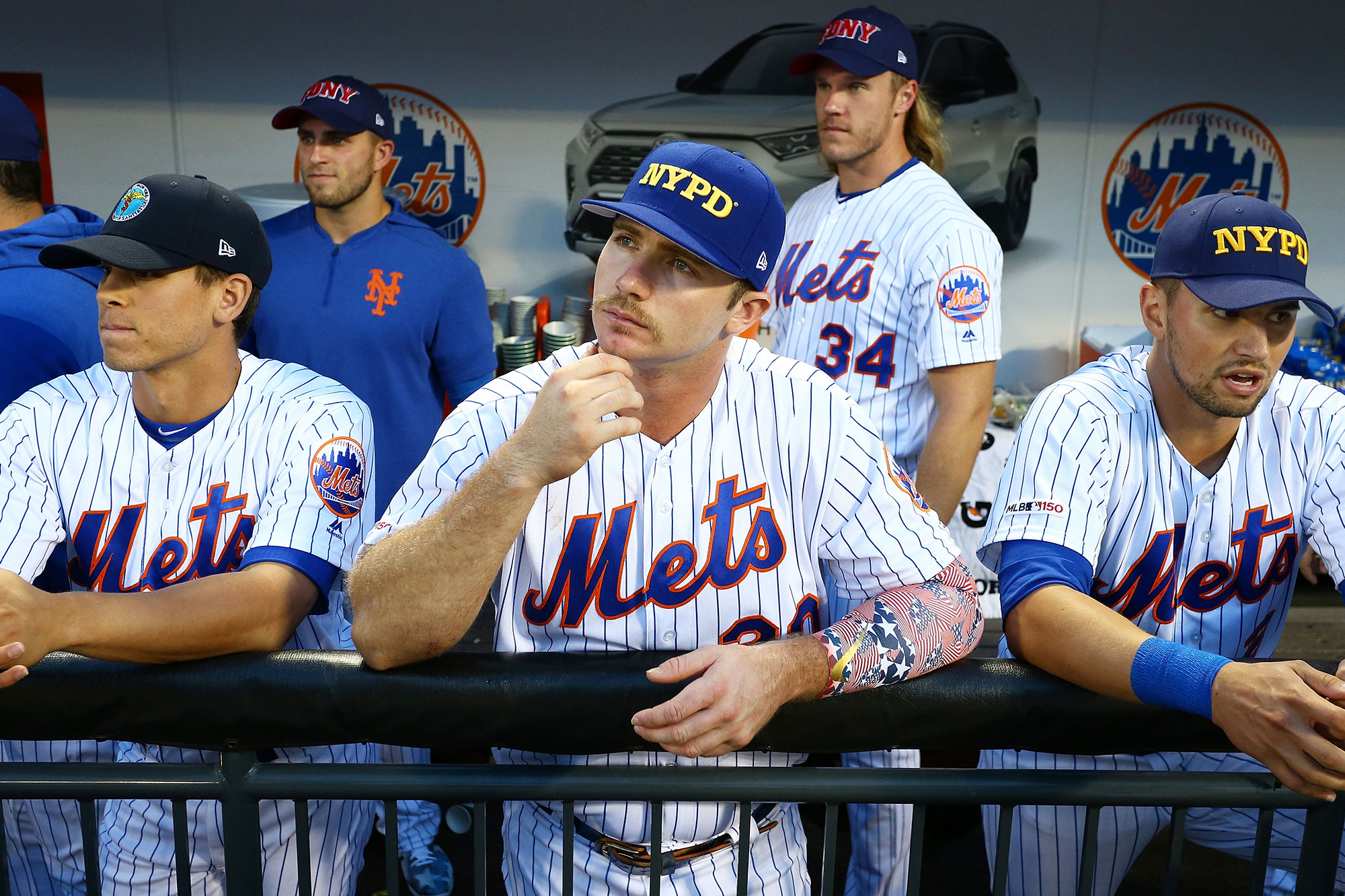 The Mets will get to remember once again.

On Friday’s “Moose and Maggie Show” on WFAN, first baseman Pete Alonso revealed that the team will don first responder caps while facing the Blue Jays at Citi Field on the 19th anniversary of the Sept. 11 attacks.

The Mets and Yankees famously wore NYPD and FDNY hats when they returned to the field a week after the 2001 terrorist strike to honor first responders. Alonso, in his second season with the Mets, has pushed for the team to wear them again with MLB not allowing the tribute.

“Years prior, we weren’t allowed to, but I think because of last year, and Jeff Wilpon in the commissioner’s ear, they’re going to let us wear the hats,” Alonso said. “FDNY, NYPD, Port Authority, Sanitation, and EMTs – without those people, who knows what could’ve happened. We’re going to be commemorating those people with five different hats on the field today. I’m really excited that we get to represent those who help us.”

When MLB didn’t allow for hats last season, Alonso wore custom cleats for the Mets’ Sept. 11 game against the Diamondbacks — a 9-0 win — and bought pairs for each of his teammates.

“I have a platform every day as an MLB player, and I want to impact people in a positive way. Being in New York, I really felt passionate about this; last year, there was a lot going on in Congress with 9/11 compensation issues, and people dying due to exposure to chemicals from the cleanup,” he said. “Today, we have a beautiful museum, monument, and new World Trade Center, but that’s after the heart-wrenching images from the cleanup and Ground Zero. I can’t imagine what those involved went through, but I want to bring eyes and attention to that; it’s a tremendously sad moment in our country’s history, but people don’t always recognize the efforts in the aftermath.”