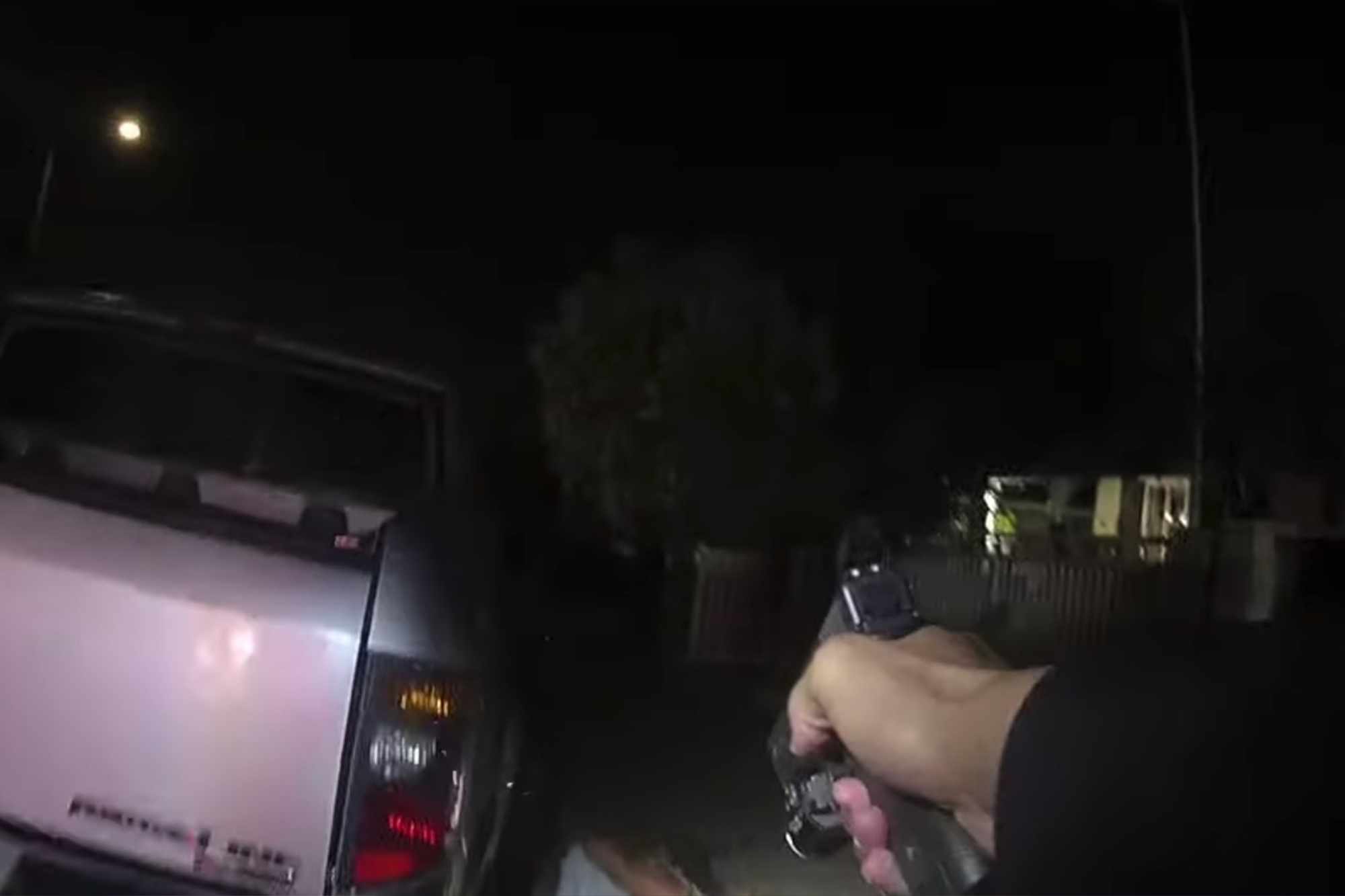 A Mexican national fatally shot by police in San Diego charged officers with a metal curtain rod while screaming for help in Spanish, dramatic video shows.

Jose Alfredo Castro Gutierrez, a 39-year-old Mexican citizen and legal US resident, yelled for help — saying “ayuda!” in Spanish — as he ran out of the San Diego home of a friend on Oct. 19.

Cops responded to the home after getting a report of a “violent disturbance” there. Police said callers told them Castro had been “acting paranoid” and was wielding a metal curtain rod at the home, where he smashed windows and other objects.

An attorney for his widow said he may have been acting erratically after using methamphetamine.

Bodycam footage of the fatal police-involved shooting released Wednesday shows Castro behind a gate at the home while screaming for help as glass shatters.

He then charges at three officers outside the gate, prompting one to deploy a Taser as another fired a bean bag round, the video shows.

A third cop fired his service weapon, striking Castro and sending him to the sidewalk as he dropped the metal rod. He later died a hospital.

Castro’s widow, Ana Ojeda, told the San Diego Union-Tribune that he had a history of schizophrenia and paranoia, adding that police in Mexico helped him calm down during prior encounters with officers there.

“I’m sad because it’s an injustice that my husband lost his life,” Ojeda said Tuesday.

An attorney for Ojeda’s family said it appeared Castro may have used methamphetamine prior to the shooting and thought someone was going to harm him.

An investigation into the shooting is ongoing, police said. Once San Diego police’s Homicide Unit completes its probe, it will then be reviewed by the district attorney’s office to determine if the officers involved should be criminally charged, department officials said.

“The Internal Affairs Unit will conduct an investigation to determine if there were any policy violations,” San Diego police said while releasing the footage. “The Shooting Review Board will evaluate tactics used by the officers.”

Facebook
Twitter
Pinterest
WhatsApp
Previous articleKate Middleton's secret show of support for the NHS – where to buy it
Next articleRoyal Antwerp vs Tottenham – Europa League: live score, lineups and updates

Japan is struggling with a mental health crisis as the coronavirus pandemic rages on, with more people dying in one month from suicide than from COVID-19 all year...
Read more
News

A record-setting 62 million households chose to watch The Queen’s Gambit in its first 28 days, making it the streaming service’s biggest scripted...
Read more