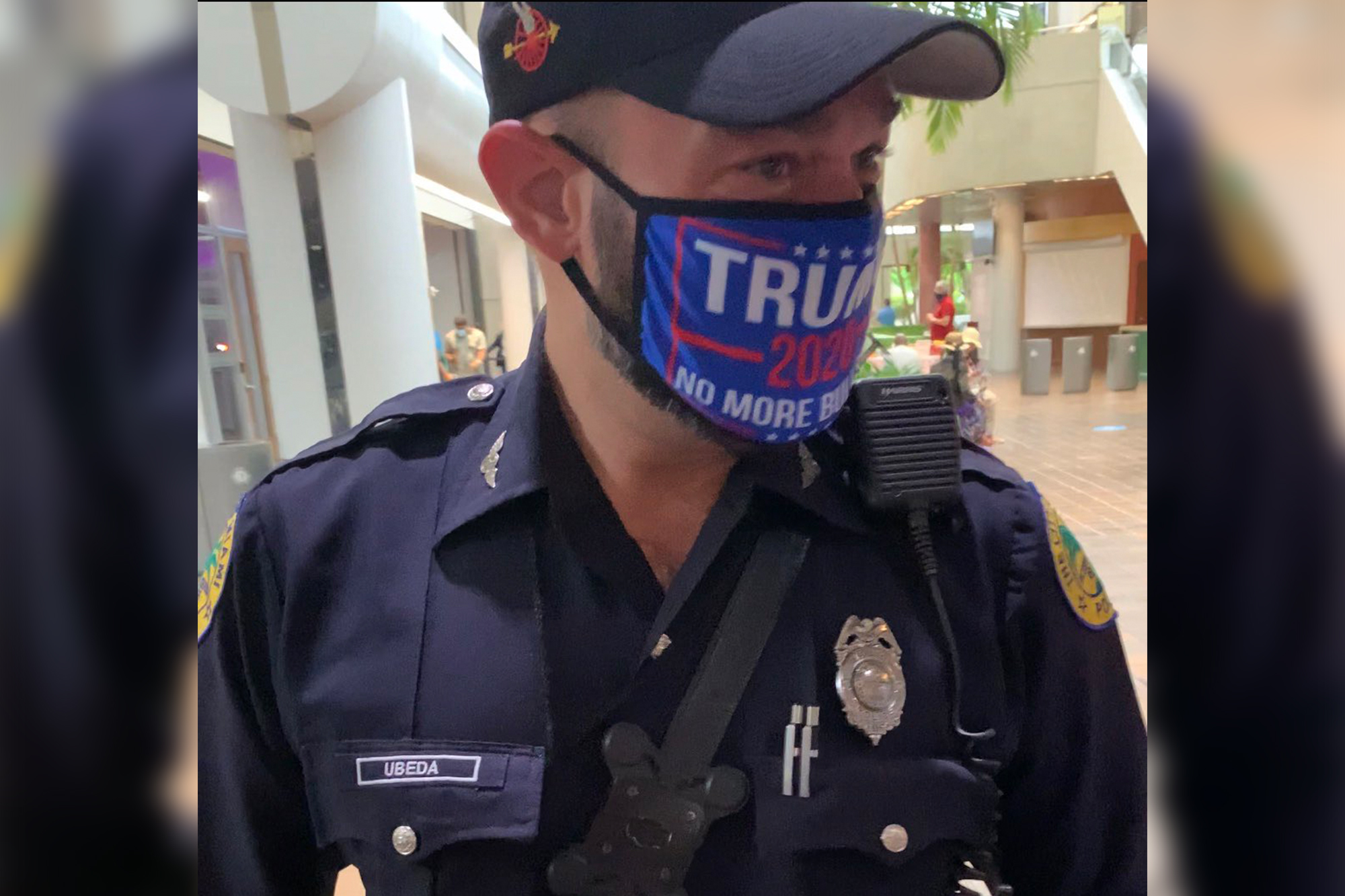 A Miami police officer is in hot water for wearing a Trump campaign-themed face mask while voting in full uniform on Tuesday.

Officer Daniel Ubeda, who was caught inside the polling site by Miami-Dade Democratic party chairman Steve Simeonidis, will be disciplined for violating department policy, authorities told the Miami Herald.

Simeonidis posted to his Twitter account a picture of Ubeda wearing the mask, which read, “Trump 2020 – No more bulls–t.”

The police officer “laughed it off,” when he was questioned about his mask, Simeonidis told the Herald.

“Obviously this is a clear violation of our department policy regarding campaigning while on duty,” Papier said.

“Additionally, the mask has offensive language, which is also a violation of department policy.”

Facebook
Twitter
Pinterest
WhatsApp
Previous articleJoe Biden is considering appointing Republicans like Ohio Gov. John Kasich to his cabinet if he wins
Next articlePrince Harry and Meghan Markle are warned a black bear is prowling near their California mansion

A senior CIA officer was killed during combat in Somalia, according to reports. The officer — who wasn’t named — was a former member...
Read more
News

See it: Deer, bears and other wildlife use Utah’s animal-only bridge

Wyoming Gov. Mark Gordon announced Wednesday that he has tested positive for coronavirus. A staffer at the governor’s office at the Wyoming State Capitol...
Read more

Meghan, Duchess of Sussex, has revealed she suffered a miscarriage in July 2020 in an opinion piece written for the New York Times....
Read more
Load more