The Minnesota Attorney General’s office has launched an investigation into a private security firm that tried to recruit armed guards to work as poll monitors.

‘Minnesota and federal law are clear: no one may interfere with or intimidate a voter at a polling place, and no one may operate private armed forces in our state,’ Ellison said.

‘The presence of private “security” at polling places would violate these laws. It would make no one safer and is not needed or wanted by anyone who runs elections or enforces the law.

‘For these reasons, my office is formally investigating Atlas Aegis.’ 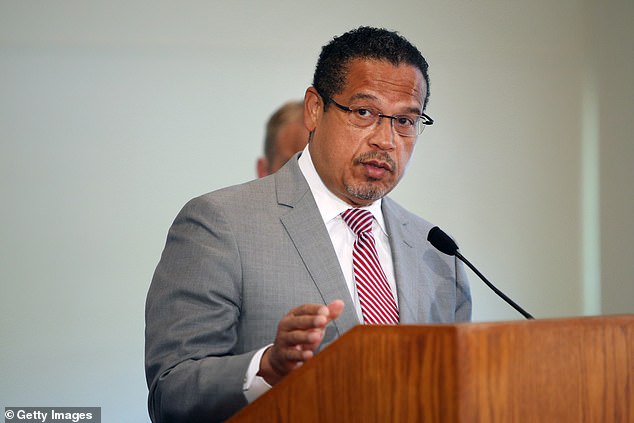 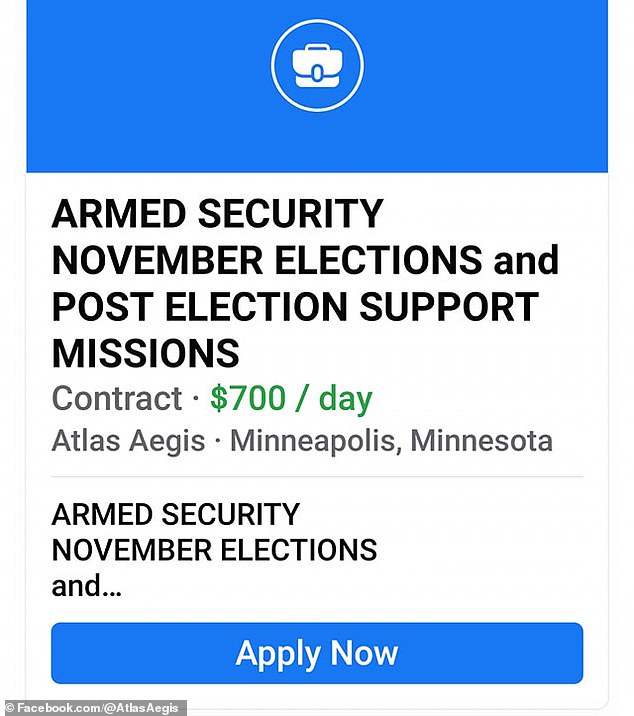 The lawsuit that prompted the investigation was filed by the Council on American-Islamic Relations (CAIR) Minnesota and League of Women Voters of Minnesota. 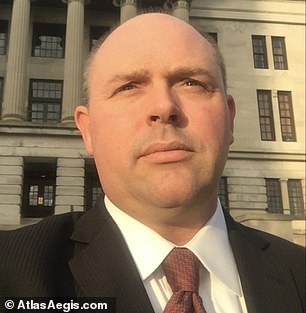 The ad, which has since been deleted, promised to pay $700 a day to anyone who agreed to head to Minnesota during and after the election.

Atlas Aegis Chairman Anthony Caudle confirmed the authenticity of the Facebook ad in a Washington Post interview earlier this month, the suit claims.

In that interview, Caudle denied the assertion that armed guards near polling sites would intimidate voters.

‘Absolutely not,’ he told the newspaper. ‘These people are going to be never even seen unless there’s an issue. So it’s not like they’re going to be standing around and only allowing certain people in.

‘They’re there for protection, that’s it. They’re there to make sure that the antifas don’t try to destroy the election sites.’ 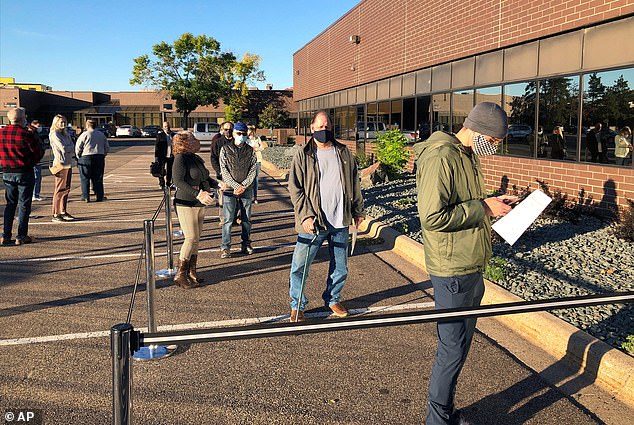 Meanwhile, officials in Michigan have also warned about the potential for armed civilians at polling places sparking violence or intimidating voters.

Some Republicans and local law enforcement representatives have said it may not be enforceable.

Others have speculated that an attempt to block people from carrying guns to the polls will spur protests by gun rights activists outside of voting centers, raising the specter of election-related violence.

‘This is not a ban on firearms. This is an effort to protect our voters from intimidation, threats, and harassment on Election Day itself,’ Benson, a Democrat, said on a call with journalists.

As the state’s top election official, Benson said she had the authority to implement the ban based on state and federal law making voter intimidation illegal.

November’s election, one of the most bitterly contested in living US history, could set the stage for a clash between the robust American traditions of free speech and gun rights, following a series of incidents at this year’s wave of anti-racism protests.

Republican President Donald Trump, who trails in most national polls behind Democratic nominee Joe Biden, has cast doubt on the election result, calling it ‘rigged’ and warning supporters to watch for fraud.

Nonpartisan election experts have dismissed his claims about voter fraud as far-fetched and denounced calls for illegal voter intimidation.

President Donald Trump continued his rant against Twitter, criticizing the social media company for suspending the account of one of his Republican allies...
Read more
U.S

Australian mammals and marsupials including wombats and platypus 'glow in the dark' under ultraviolet light, according to a team of scientists.Western Australian Museum...
Read more
U.S

Western New York state is being crippled by COVID-19, with cases increasing tenfold in the city of Buffalo in the past month alone. The...
Read more

President Donald Trump continued his rant against Twitter, criticizing the social media company for suspending the account of one of his Republican allies...
Read more

The leading scientist behind Iran’s nuclear weapons program was assassinated as he was ambushed in his car Friday, according to state-run news outlets. Mohsen...
Read more

TOKYO — A Japanese spacecraft is nearing Earth after a yearlong journey home from a distant asteroid with soil samples and data that...
Read more