Home U.S Mitch McConnell DENIES he has any health problems amid speculation over why...
U.S

Mitch McConnell asserted Thursday that he is healthy after speculation swirled over what is wrong with the Senate majority leader’s hands.

McConnell showed up to work at the Capitol Thursday with both hands appearing severely discolored in a deep purple, with band-aids covering some of the knuckle areas.

The Kentucky Republican’s lips and the areas surrounding his mouth were also discolored, which some were quick to point out looked like bruising.

‘But I’m serious, is there anything going on we should know about?’ a reporter asked McConnell Thursday regarding his health in an off-camera interaction.

‘Of course not,’ he said after dodging the same question the first time around. 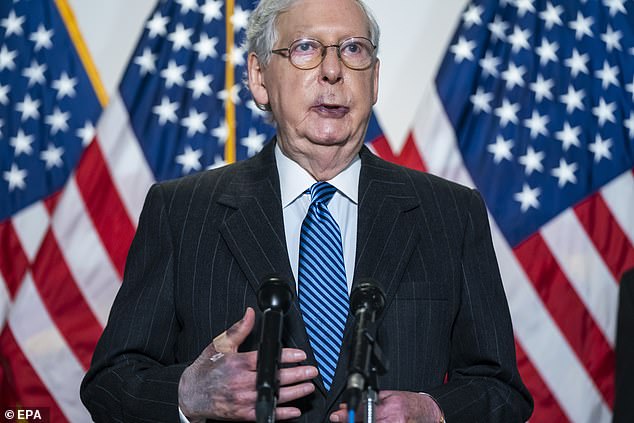 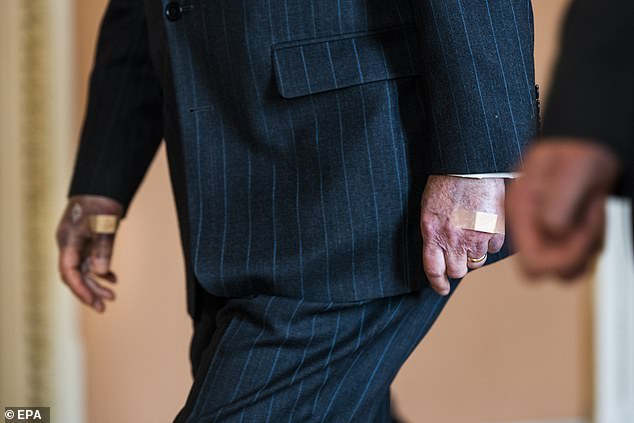 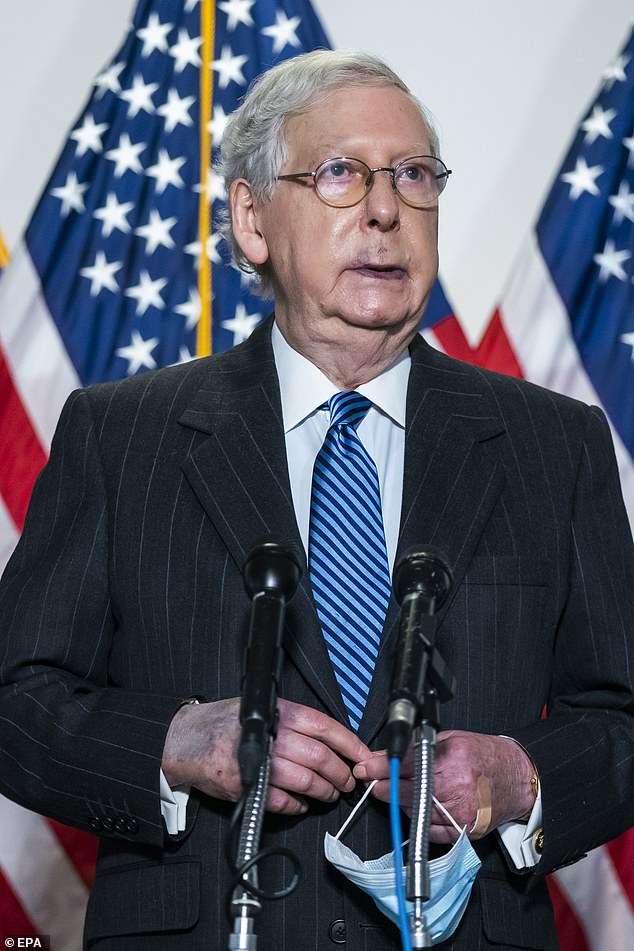 ‘Is there anything going on we should know about?’ a reporter asked McConnell regarding his health. ‘Of course not,’ he said

The 78-year-old senator is facing questions over his health as both presidential candidates also are fielded with health-related queries – especially after President Donald Trump was diagnosed with coronavirus earlier this month.

Trump in 74 and Democratic nominee Joe Biden in 77.

People on social media are theorizing that McConnell has contracted COVID-19 after a serious outbreak at the White House occurred earlier this month. Others claim he is taking blood thinners or has some other health issue.

The ‘super spreader’ event that caused the outbreak among Trump’s inner circle likely happened during the president’s large Rose Garden event announcing Barrett as his nominee at the end of September.

In his exchange with the reporter at the Capitol, McConnell mentioned again the timing of the final confirmation vote for Barrett, claiming it would take place ‘probably Monday evening, early.’

McConnell will bring the Barrett nomination, which was moved out of the Judiciary Committee earlier Thursday when Chairman Lindsey Graham went forward with the proceedings, to the floor of the Senate on Friday.

Not a single Democrat of the 10 on the panel showed up for the committee vote, instead protesting the confirmation by boycotting and holding a press conference outside the Capitol immediately following the vote.

There is little Democrats can do to stop Barrett’s confirmation from making it through the Senate next week, as Republicans could lose one more member and still have Vice President Mike Pence to break the tie.

Formula One driver Romain Grosjean has praised his car's halo device for saving his life hours after he was able to walk away...
Read more
Load more