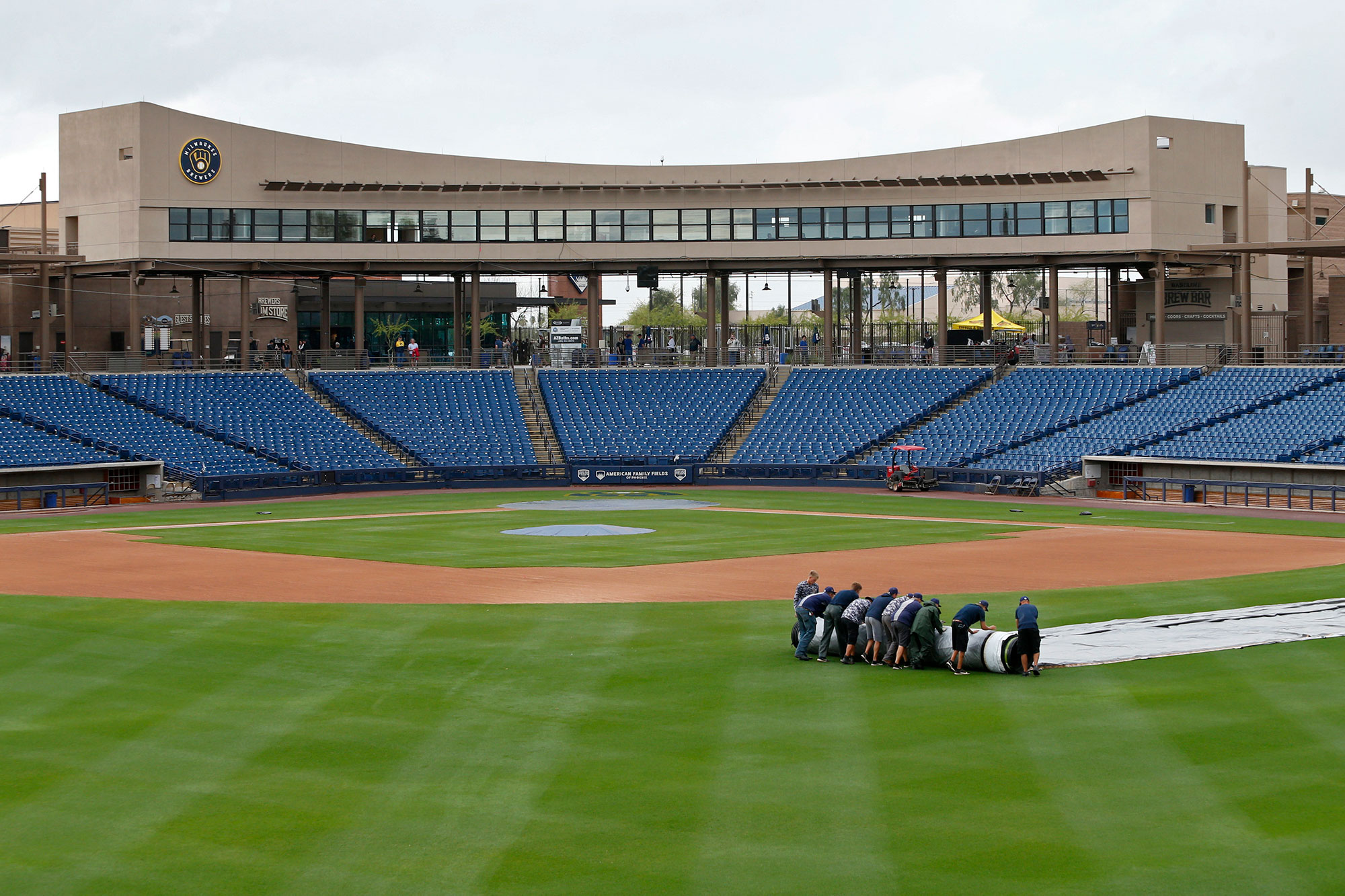 USA Today reported that 40 players and staff members throughout baseball tested positive for COVID-19 in the past week, while other reports say that more than 10 major league camps were hit by the virus. On June 19, the league closed all of its spring training facilities for a deep cleaning as multiple clubs reported cases.

After MLB Commissioner Rob Manfred contacted union chief Tony Clark and emailed a revised proposal, players opted to postpone the vote on whether to accept or reject the league’s plan for a 60-game season with full pro-rated pay Sunday.

MLB is proposing 60 games, guaranteeing the players about $1.5 billion. However, there may be further delays to the 2020 season now because of this recent surge in COVID-19 cases. Spring training is now expected to begin no earlier than June 29, with the regular season beginning on July 26.

Manfred is expected to mandate a season of 54 to 60 games if the two sides are unable to reach a deal this week.

There’s reportedly a collective fear among the union and players that the global pandemic could force the season to be shortened to fewer than 60 games, which would further reduce their pay despite being assured they would receive their full pro-rated salary

The commissioner also assured Clark that the postseason would not be expanded from 10 teams to 16 teams in 2021 if the 2020 season is ultimately shortened. He also promised that the DH would not be used in the National League in 2021.

Players on non-guaranteed contracts who are released during spring training and who were salary-arbitration eligible in 2019 will also receive full termination pay, according to Manfred.

USA Today reports that every team, with the possible exception of the Toronto Blue Jays, will be able to have spring training at their own home ballparks.

While the league and union are still finalizing health and safety protocols, both sides have agreed on a prominent change to extra-inning games and may even permit games to end in a tie. Reports suggest that regular-season games that enter extra inning will now start with a runner on base beginning in the 10th inning, but games will revert to traditional rules in the postseason.

The league has already agreed to allow “high-risk” players to opt out and still be paid. In addition, the union asked in its latest exchange that players who live with “high-risk” individuals, including a pregnant spouse, would have the right to opt out of the 2020 season and still receive their prorated salary and full service time. Big-name players like Angels outfielder Mike Trout and Yankees pitcher Gerrit Cole both have wives who are pregnant and due this summer.

Players who aren’t considered “high risk” can still opt out, but won’t be paid or receive service time.

Date Lab: ‘We were sort of roasting each other,’ he says