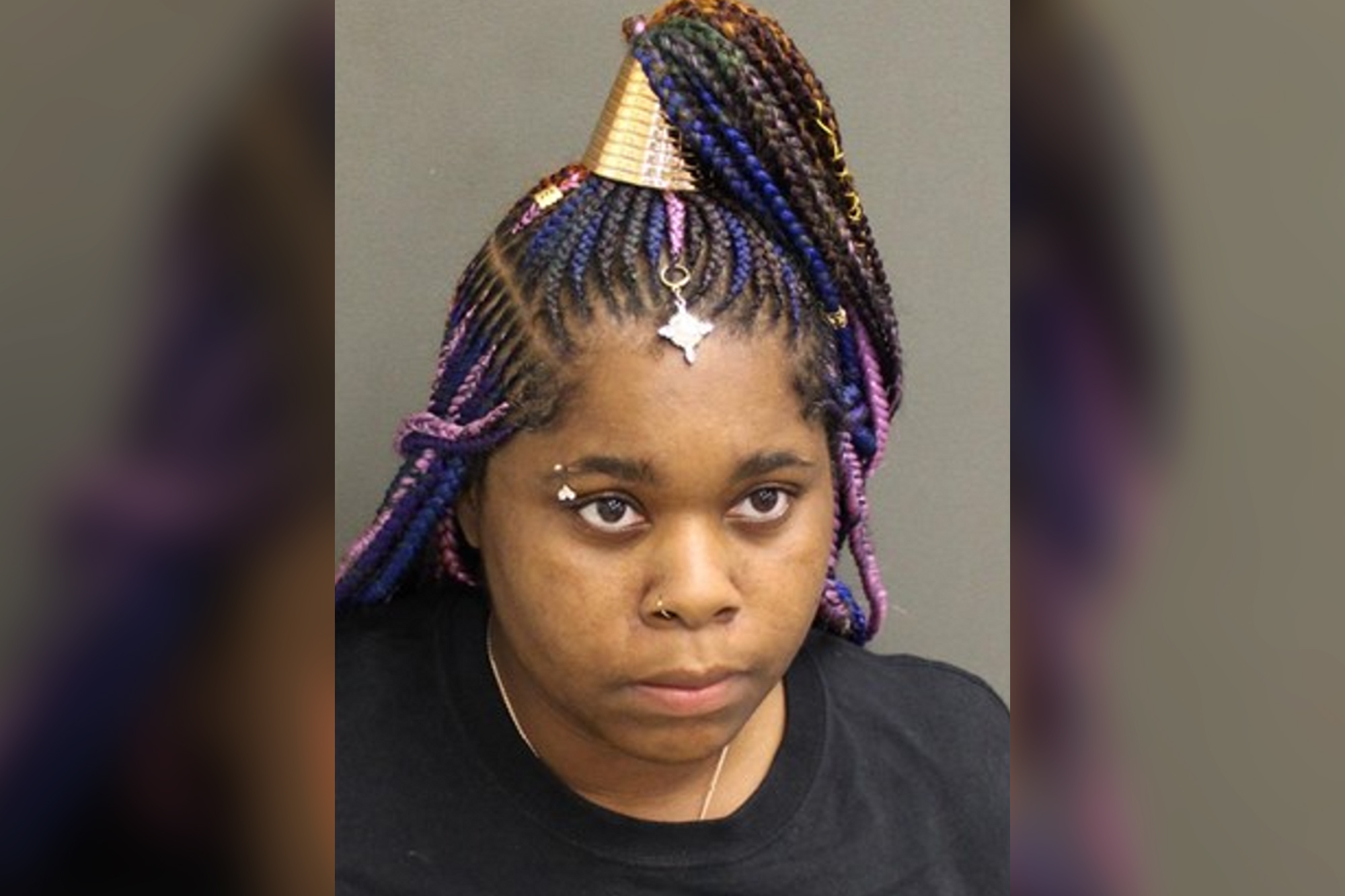 A Georgia mom was caught with a loaded gun outside Disney’s Magic Kingdom – and blamed her 6-year-old son for hiding the weapon, authorities said.

Marcia Shantel Temple, 27, of Lithonia, was arrested and charged with carrying a concealed firearm — a loaded silver and teal 9mm — on Oct. 8 after a hospital employee checking visitors’ temperatures at Magic Kingdom’s Ticket and Transportation Center spotted her drop a pink purse behind a planter, according to the Orange County Sheriff’s Office.

Temple then walked through a security checkpoint as the health worker alerted Disney authorities who contacted a nearby Orange County deputy, authorities said.

“Upon opening the purse, I recognized the butt of a firearm, readily accessible once opened,” the deputy wrote in an arrest report  that was partially redacted.

What Temple said in response to the deputy was no longer visible in the report obtained by The Post early Friday, but the Georgia mom confessed immediately, according to the Orlando Sentinel.

“Ma’am, that’s mine,” Temple replied, according to the newspaper.

The deputy then asked why she would bring a loaded gun to Disney World, prompting her to say she had “told her son to hold it for me” as she went to get her brother, WTSP reported.

The firearm, which Temple did not have concealed weapons permit for in Georgia or Florida, had ten rounds in it, including one in the chamber, sheriff officials said.

Temple, who was arrested at the scene, was also permanently banned from returning to all Walt Disney World properties.

“Our rules are clear,” Disney spokeswoman Andrea Finger told the Orlando Sentinel in a statement. “Weapons are not allowed at our resort.”

Temple did not return a message seeking comment Thursday and court records did not list an attorney for her, the Orlando Sentinel reported.

PORTLAND, Maine — Police in Maine have arrested a man accused of killing his father’s cat with a frying pan on Thanksgiving —...
Read more
News

Get ready to carry two passports while flying in the age of COVID-19: one from your homeland, and one showing you’ve been vaccinated...
Read more

Trump-supporting drivers involved in a crash after a third car attempts...