By Kathryn Batte and Luke Augustus for MailOnline

The LA Lakers have agreed a two-year contract worth £14.3million ($19m) with NBA Sixth Man of the Year Montrezl Harrell, according to reports.

Agent Rich Paul told ESPN’s Adrian Wojnarowski that Harrell, who spent three seasons with the Los Angeles Clippers, has agreed a deal with their cross-city rivals.

And ESPN’s Bobby Marks claims the deal for the full mid-level exception – seeing the center earn £7m ($9.25m) the first year and £7.3m ($9.72m) the second – with the latter including a player option. 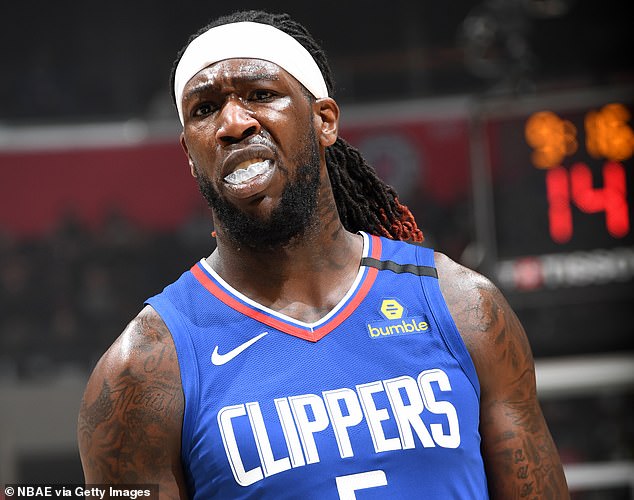 The 26-year-old was a standout player for the Clippers, posting a career-high with 18.6 points, 7.1 rebounds and 27.8 minutes per game in 63 games (two starts) before the interruption of the season due to the coronavirus pandemic.

Harrell was absent once the regular-season resumed in the Orlando bubble as he tried to overcome the death of his grandmother. He returned for the play-offs where his production slipped to 10.5 points, 2.9 rebounds and 18.7 minutes per game.

His departure would be a monumental blow to the Clippers who were considered many people’s NBA title favourites for last season and will be again this term.

Despite their favourites tag last term, the Clippers blew a 3-1 lead in their Western Conference semi-final series with the Denver Nuggets to lose spectacularly 4-3 in the best-of-seven spectacle. 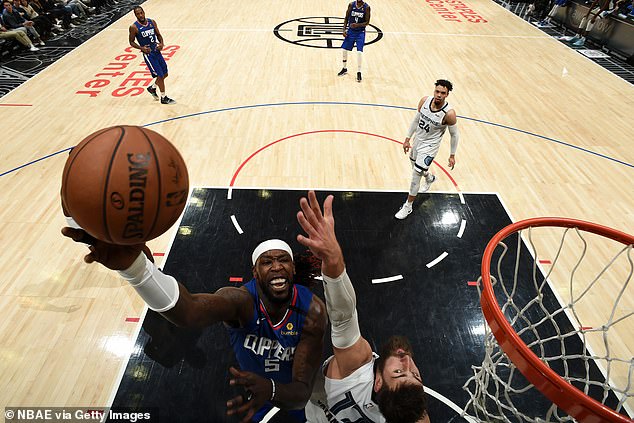 The 26-year-old center posted a career-high with 18.6 points, 7.1 rebounds and 27.8 minutes per game before the coronavirus pandemic saw the NBA regular season go on hold

Eventually the Lakers triumphed, beating the Nuggets in the Western Conference finals and Miami Heat in the NBA Finals, for their 17th NBA championship.

The Lakers have already added depth to a roster boasting LeBron James and Anthony Davis within their ranks by trading for point guard Dennis Schroder from the Oklahoma City Thunder.

For the Clippers, they must now regroup after losing an integral part of their team in Harrell. New head coach Ty Lue will be under pressure to maximise the window of two-time NBA champion Kawhi Leonard and perennial All-Star Paul George – with both players who can opt out of their contracts following this upcoming season and become free agents. 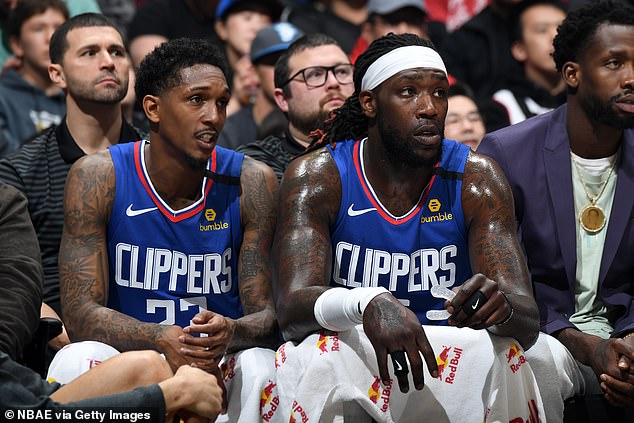 Eoin Morgan's problem is who to leave out with England squad...
Read more
Sport

Manchester United 'have not given up hope of signing Ousmane Dembele...
Read more

Kate Middleton opted for a stylish white blazer for a meeting on Tuesday. The Duchess of Cambridge was joined with the managing director...
Read more

Piers Morgan filmed an entertaining skit in which he interviewed himself while accepting the TV Personality gong at the GQ Men Of The...
Read more

An Oregon man displaced by one of the state’s devastating wildfires was charged with killing a man at a motel he was temporarily...
Read more
Load more

Kate Middleton shows off thrifty side in recycled Zara blazer and...