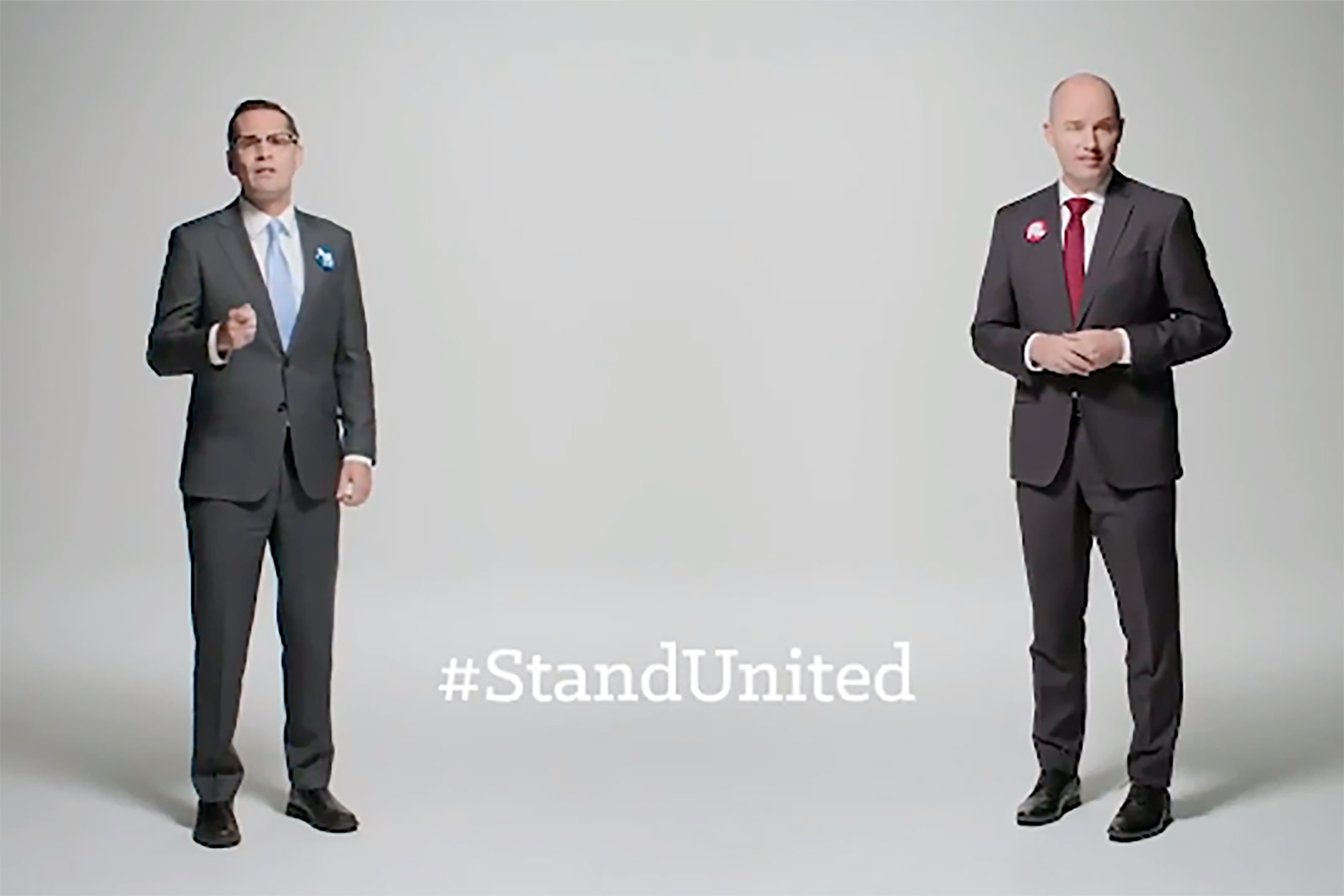 Two Mormon men vying to be Utah’s next governor have taken the unusual step of appearing together in a series of ads calling for friendly political debate.

GOP Lieutenant Governor Spencer Cox and Democratic nominee Chris Peterson — both members of the Church of Jesus Christ of Latter-day Saints — said they created the videos to show it was possible to disagree without degrading each other.

Cox and Peterson, wearing ties and badges denoting their party affiliation and standing six feet apart, pledge to accept the results of the US presidential election and deride the partisan warring which has enveloped Washington politics.

”There are some things we can both agree on,” Cox continues.

”We can debate issues without degrading each other’s character,” adds Peterson.

“We can disagree without hating each other,” his GOP rival says.

In another video, the duo say while they have different political views, they are “both committed to American civility and a peaceful transfer of power.”

“Whether you vote by mail or in person, we will fully support the results of the upcoming presidential election, regardless of the outcome,” Peterson says.

The videos, which conclude with the men saying in unison “we approve this message,” have gone viral online, racking up millions of views on Twitter.

“Working together and the peaceful transfer of power are integral to what it means to be American. Let’s reforge our national commitment to decency and democracy,” Peterson wrote in one tweet sharing the PSA.

The videos were praised by some pundits who said the clips had them even considering a move to the Beehive State.

“I love it. Civility is a concept that has been buried under politics. This ad reminds us that we can be civil while still disagreeing with one another. Thank you both!” one commenter wrote.

Added another: “Wow, I’m moving to Utah just because of this message by Peterson and Cox.”

“As someone married to someone of a different political party, different faith and (most significantly) an NFL/MLB rival … THANK YOU!!!!” one grateful woman wrote.

You have to go back all the way to the start of last season to begin to test the temperature ahead of Sunday’s...
Read more

Had it not been for a hasty fax from Mohamed Al-Fayed, London Irish may never have left. The club's spiritual home is in...
Read more

On last night's I'm A Celebrity Get Me Out Of Here! the emotional BBC host said she feared she would die but the...
Read more
Load more

Jose Mourinho has been made to eat his own words for...