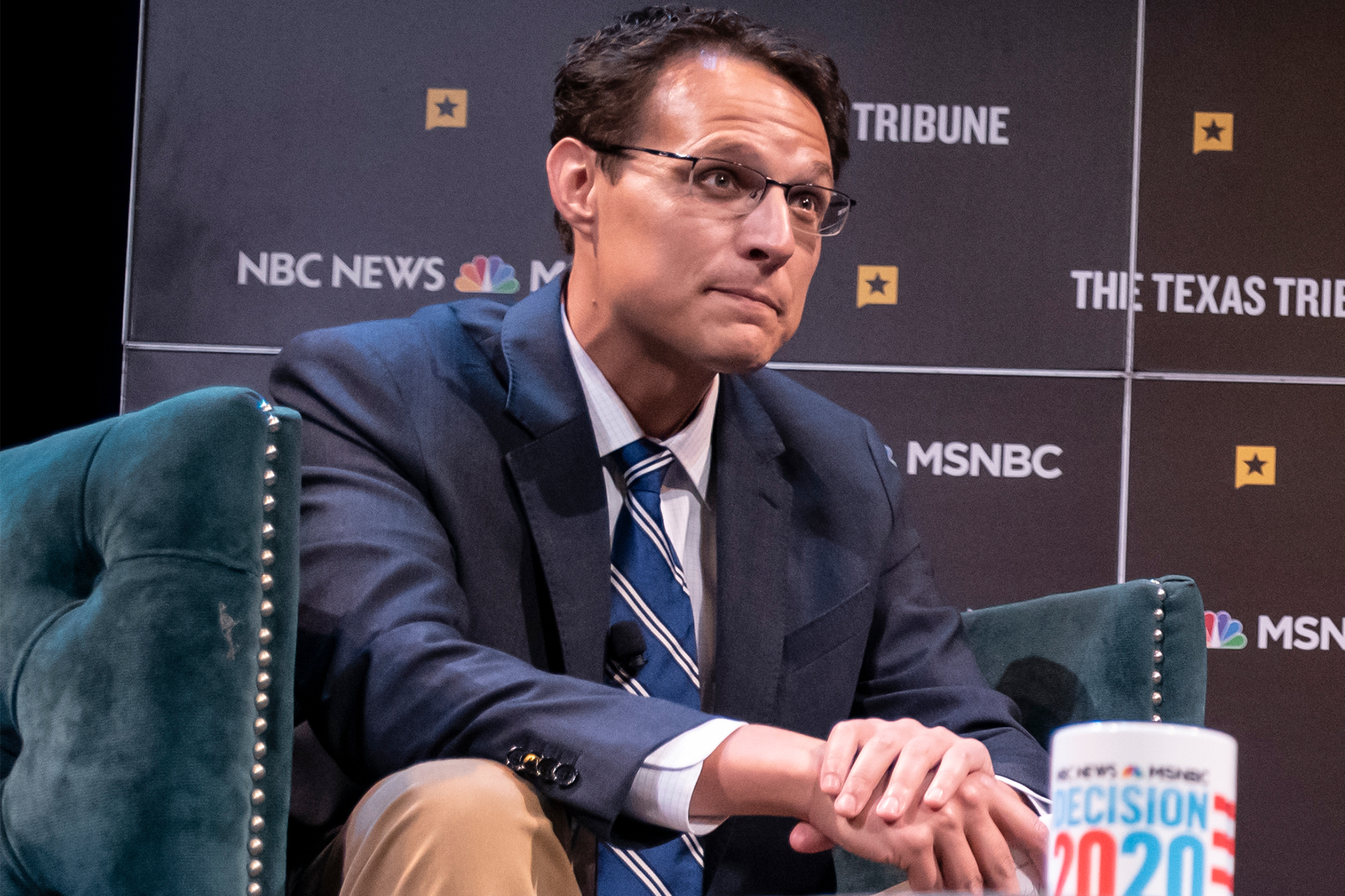 MSNBC political journalist and heartthrob Steve Kornacki was listed as one of People Magazine‘s sexiest men alive after his in-depth analysis of the 2020 election results.

Kornacki, dubbed “Map Daddy” by fans on Twitter, lost the top spot on the magazine’s list to actor Michael B. Jordan, but secured the No. 12 spot to be honored among other sexy men including Dwayne Johnson and Brad Pitt.

“Never before have khakis and a striped tie gotten so many hot under the (Oxford) collar,” People wrote in a blurb about Kornacki.

Kornacki gained legions of fans who tuned into MSNBC over the course of the 2020 election to watch him breakdown vote returns in swing states using the network’s digital election map.

Twitter users fawned over his now-signature khakis and striped tie, along with his deft voter analysis as the results trickled in over several days.

Facebook
Twitter
Pinterest
WhatsApp
Previous articleInventors of new app claim it can translate what your CAT is saying when it purrs
Next articleCan pure oxygen reverse effects of ageing?

. Half an hour outside Philadelphia, in a modest suburban home, lives a quirky, cheerful 65-year-old scientist who’s a big part of the reason...
Read more
News

A California man rescued his dog from a 350 pound bear the day before Thanksgiving. Kaleb Benham was inside his home in Grass Valley,...
Read more
News

A type of radiation that includes microwaves has been linked for the first time scientifically to Havana Syndrome, the mysterious illness that has...
Read more

Susanna Reid, 49, has admitted that working on her ITV documentary Death Row's Women that saw her come face to face with child...
Read more

A dog owner in California fought off a 350lb black bear that was attacking his beloved rescue pitbill by punching it in the...
Read more
Load more

Susanna Reid in ‘emotionally challenging’ position as she holds back 'tears'...