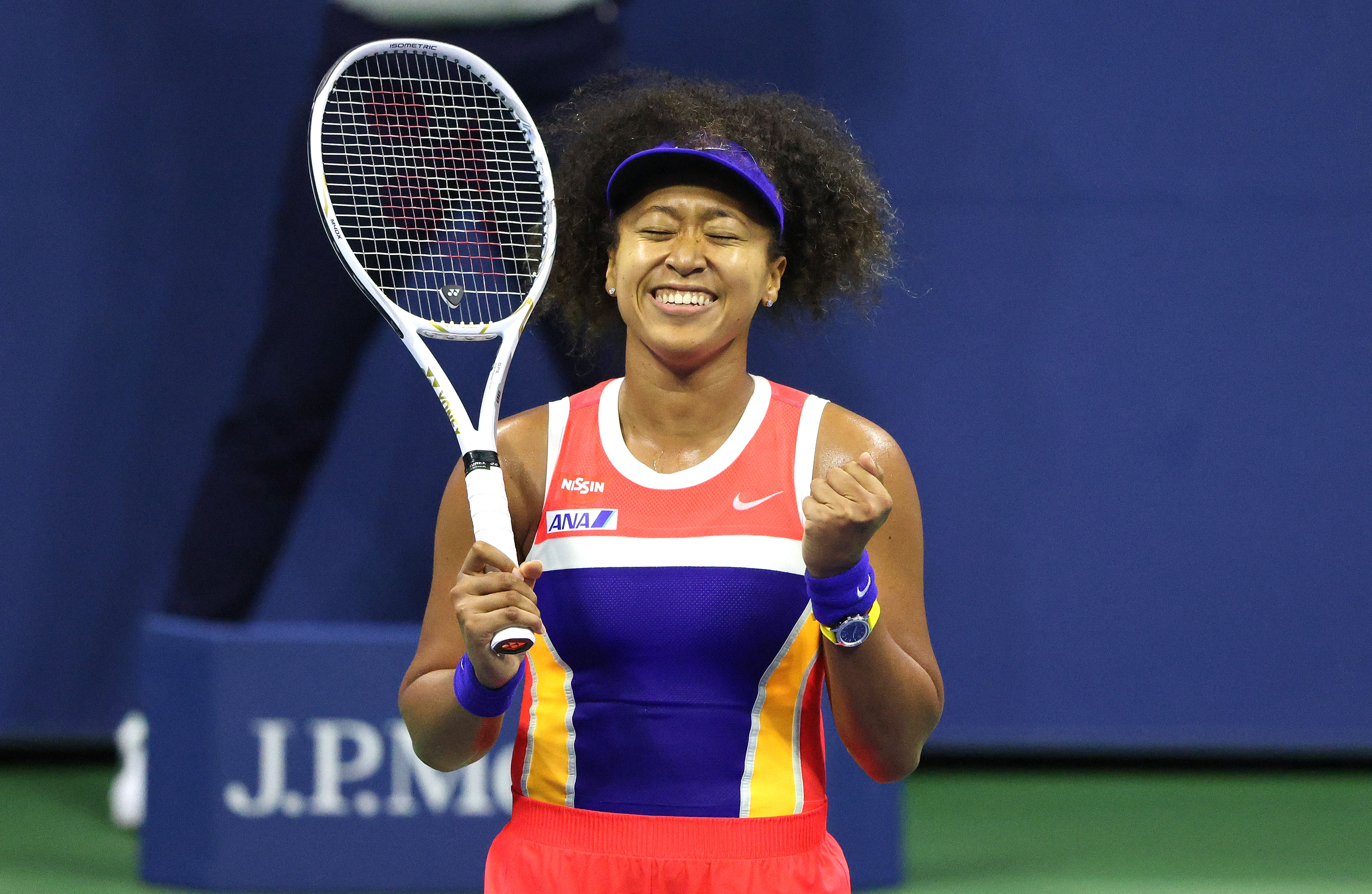 Naomi Osaka’s social-justice message has been consistent — and her strokes have been even better.

After surviving a second-set letdown, Osaka dug deeper and ended the brilliant run by American Jennifer Brady with a 7-6 (1), 3-6, 6-3 victory to return to the U.S. Open final.

Whether there will be an Osaka-Serena Williams rematch of their controversial 2018 final had yet to be determined. Williams faced Victoria Azarenka late Thursday in the other semifinal.

Osaka, the 2018 Open champion, advanced in a two-hour plus match at an empty Arthur Ashe Stadium that had the roof closed because of pouring rain. Most of the noise inside the arena was the droplets pounding the roof. Osaka ended it with a service winner.

“I consider New York my second home,’’ said Osaka, who moved from Japan to Long Island at age 3. “I love it here. Even though there’s no people here, I love this court.”

The 25-year-old, late-blooming Brady, who had never advanced to a Grand Slam semifinal, didn’t get her serve broken in the first two sets, raining in serves and going without a double fault. But it wasn’t good enough as Osaka raised her game in the deciding third set.

Osaka posted her only break in the third set. She hit a backhand that hit the net cord and dropped in for break point. Then Brady hit a forehand called long. The former UCLA star didn’t challenge it and replays showed it nipped the line. But Brady went down 3-1. Osaka held for 4-1 and Brady was cooked.

Osaka keeps creating headlines, by becoming a social activist. On Thursday, Osaka, 22, wore her sixth different mask with the name Philando Castile scrawled on it. She’s changed the names on her mask each match to honor someone who died at the hands of the police.

The Japanese-Haitain right-hander looked solid from the outset, pounding in serves of 117, 114 and 114 mph to hold at love in the match’s first game. The level of both players was raised to a high level. Osaka faced just one break point in the first set and Brady didn’t face any.

Brady, the 28th seed, displayed her big serve and big forehand and matched that by a steel will after she fell behind one set after a dispiriting 7-1 tiebreaker. Instead of folding, Brady continued to go toe to toe with Osaka.

Brady had been red hot since the tour started up again. Last month, she won the Kentucky tour event without dropping a set and hadn’t dropped a set at the Open through five matches until meeting Osaka.

At 4-3 in the second set, Brady posted her first break on Osaka. At 30-40, Osaka sailed forehand wide after a 15-shot rally to go up 5-3. Brady held for the set as Osaka pulled a forehand wide on set point.

In the first set, both players held their serves and went straight to a tiebreak when Osaka’s consistency rose to perfection. Brady rifled two straight forehands wide to fall behind 5-1. She went up 6-1 with a forehand winner up the line, then closed it out with a service winner.

Islanders’ next step is to go from contender to champion