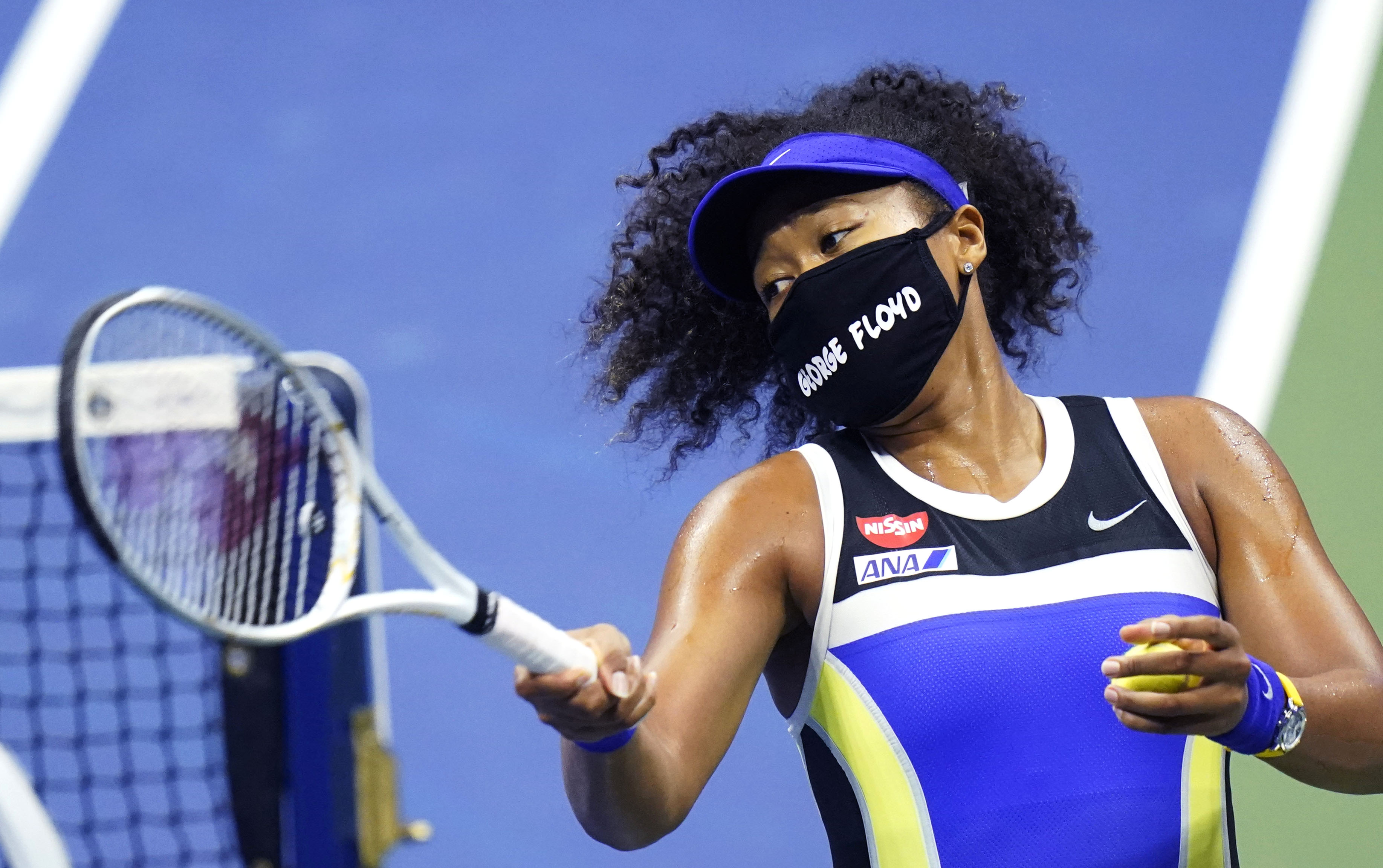 Naomi Osaka needs to make it to the championship round to unveil all seven masks she had made specifically to wear at the U.S. Open to raise awareness against police brutality and social injustice.

The 2018 champion played and won for the fifth time Tuesday night in the quarterfinals, honoring George Floyd with his name on her mask before and after her 6-3, 6-4 victory over American Shelby Rogers at Arthur Ashe Stadium.

During her post-match interview on ESPN, the network showed videos sent by Sybrina Fulton, Martin’s mother, and Marcus Arbery, Ahmaud’s father, thanking Osaka for her gestures throughout the tournament.

“It means a lot,” Osaka said. “I feel like, I don’t know, they’re so strong, I’m not sure what I would be able to do if I was in their position. I feel like I’m a vessel, at this point, in order to spread awareness. I don’t think it’s gonna dull the pain, but hopefully I can help with anything that they need.”

Osaka will face Jennifer Davis in the semifinals, with a potential rematch of the 2018 finals against Serena Williams looming.