The NBA has shared plans to reopen the league during the ongoing COVID-19 pandemic, which will include asking players to wear smart rings that monitor for COVID-19 symptoms.

The league shared its plan with players, coaches, and other staff in a 100-page memo titled ‘Life Inside the Bubble,’ which includes having players wear the Oura Ring.

The Oura Ring is a smart ring worn on a finger like a wedding band that measures body temperature, heart rate, and respiratory rate. 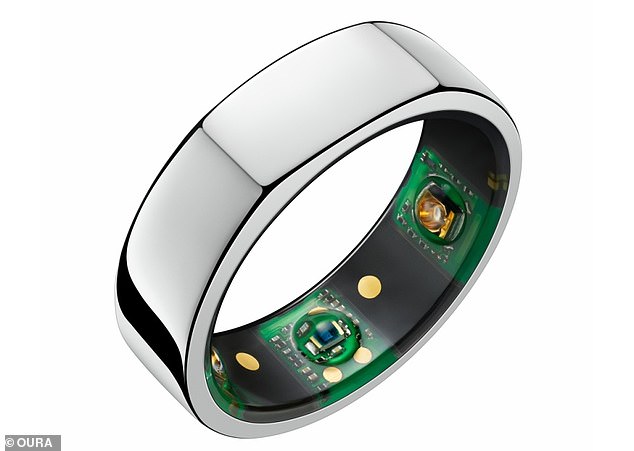 The NBA will ask players to wear Oura Rings as part of its new plan to re-open the league. The rings monitor heart rate, body temperature, respiratory rate and will be used to check for COVID-19 symptoms

The NBA says all the biometric data collected by the ring will remain private, and team doctors would only have access to an ‘illness probability score’ for each player, according to a CNBC report.

If players are uncomfortable wearing the Oura Ring, they can opt and instead use a proximity alarm that will buzz if they’re less than six feet away from another person in public.

Players will also be required to wear a Disney Magic Band, an electric wristband that can be used to pass through security checkpoints, check into hotels, and unlock doors.

The wristbands will also be used for contact tracing in the event that a player contracts COVID-19.

NBA Commissioner Adam Silver acknowledged some players had expressed concerns about the plan, but said getting the league up and running again would ‘entail enormous sacrifice for everyone involved.’ 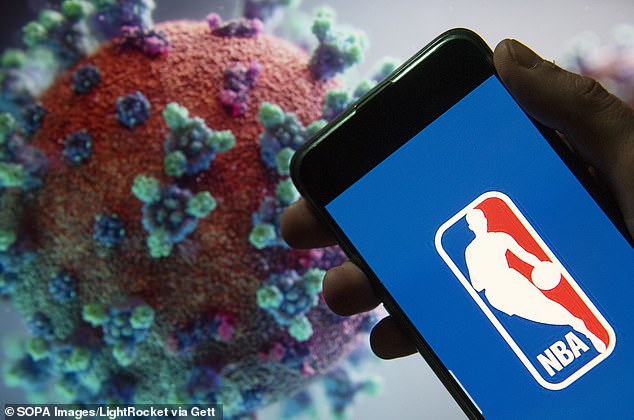 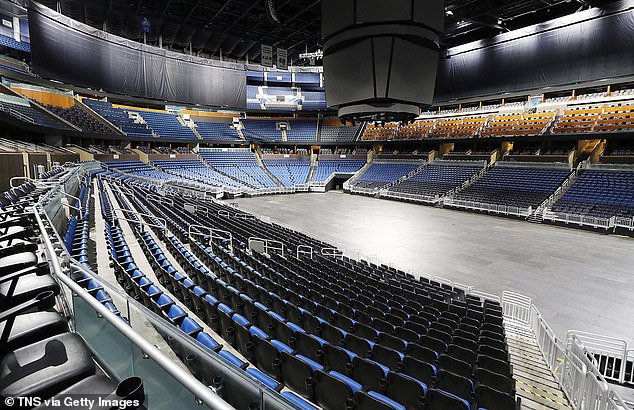 NBA Commissioner Adam Silver has acknowledged some players are uncomfortable with their biometric data being tracked. ‘Listen, It’s not an ideal situation trying to find our new normal in the middle of a pandemic,’ Silver said in an interview with ESPN

‘Listen, It’s not an ideal situation trying to find our new normal in the middle of a pandemic,’ NBA Commissioner Adam Silver said in an ESPN Interview. ‘I can understand how some players feel it’s not for them.’

The Oura Ring was initially designed as a commercial device for people interested in monitoring their sleep quality, with access to biometric data collected collected overnight made accessible through a smartphone app.

In March, Oura announced it would test its rings as a COVID-19 screening tool with healthcare workers in San Francisco, and in April, the company announced a nationwide testing program in partnership with West Virginia University Rockefeller Neuroscience Institute.

Early results from the testing has been promising, showing it can detect COVID-19 symptoms up to three days before symptoms appear with a 90% accuracy rating.