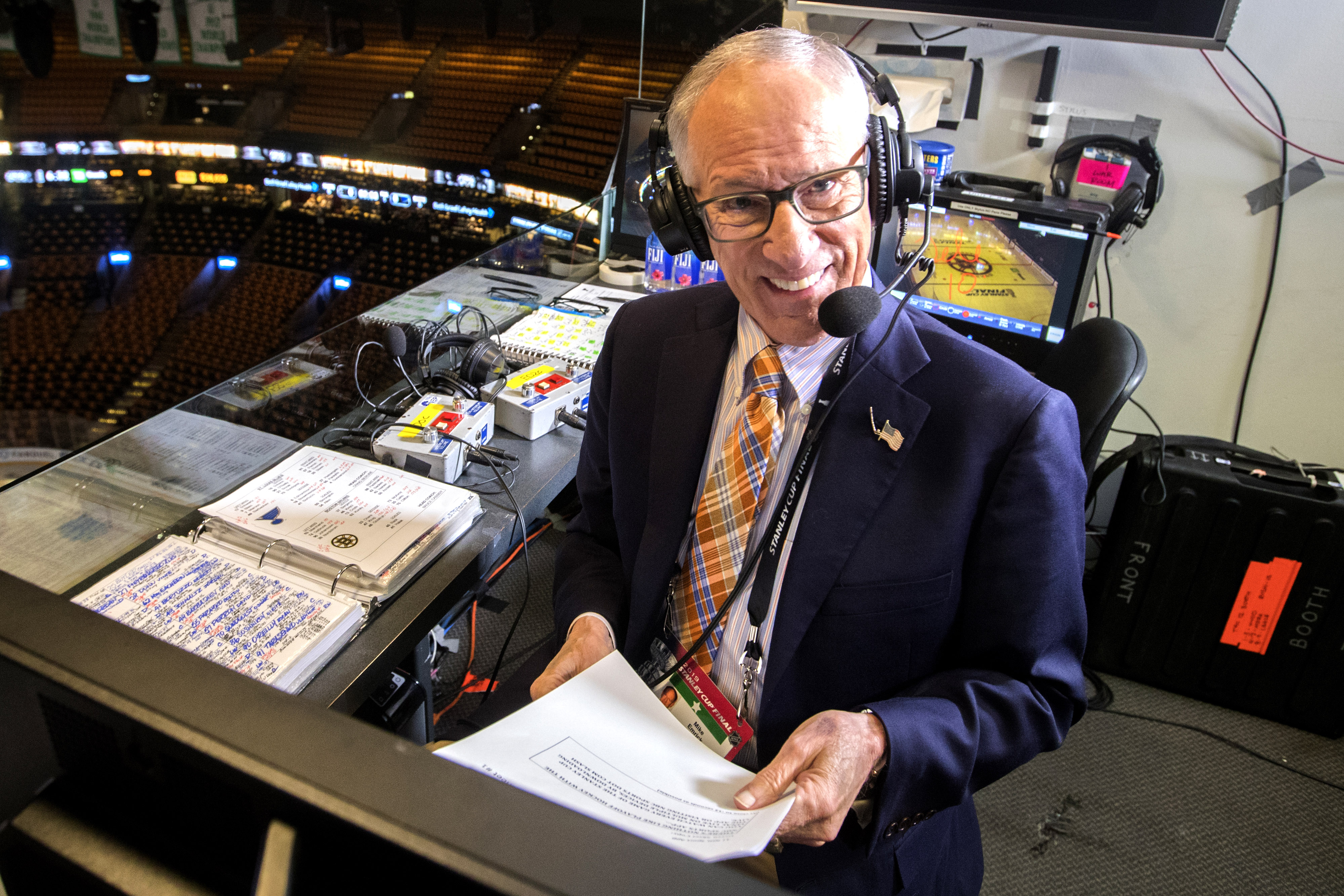 Legendary hockey play-by-play man Mike “Doc” Emrick will watch the NHL playoffs like the rest of fans — on TV.

Ahead of the NHL’s return to play on Saturday, NBC has finalized its COVID-19 coverage. The network will feature one booth in Toronto, with Pierre McGuire live on site in Edmonton. The rest of the coverage, at least to start, will be called remotely.

Emrick will handle play-by-play duties from a home studio in Detroit. On a conference call Monday, NBC Sports executive producer Sam Flood dubbed it “the best studio ever created.”

As he calls the games, Emrick will be watching on a monitor in the studio. It won’t be his first time having to follow along on TV, as he previously did so with a few preseason games played in Europe.

“All of this is exciting,” the 73-year-old Emrick said on the call Monday. “I have done monitor-only games before. There is an adjustment to it. It is the same game, and we are seeing it on really clear screens. We’ll just do our best to bring the game to people. It’ll be exciting and I’m sure I’ll be jazzed up about bringing emotion to it. Just watching the game will do that. I can’t predict how it’ll be but I’m pretty excited about the possibility.”

In his studio, Emrick will have two monitors – one that will show the game and the other to show his broadcast partner Eddie Olczyk. He has an iPad for any information he might need and it will double as a camera for any on-screen appearances he makes during the game.

“It’s very compact. It is very comfortable,” Emrick said. “I’ve had some practice with it, we’ll do some more practice [before the games start].”

As the postseason progresses NBC will add more on-site booths in Edmonton and Toronto. As of now, Emrick is not sure if he will be in Edmonton for the Stanley Cup Final.

NBC will also introduce enhanced sounds and camera angles from the ice after they received positive feedback with the technology in previous Winter Classic broadcasts. As a result, the feed will have a five-second delay.

“The audio we will be experimenting with as we progress,” Flood said. “We think there’s incredible sound inside the glass and around the boards at a hockey rink… We will be taking advantage of all that incredible audio that comes along with hockey.

“This enhanced audio from inside the glass can be supplemented by some audio that EA Sports has. We’ll mix in as needed. But we’re going to really test and find out what the best balance is, what the best experience is for the viewers as we evolve through this.”

Mitrita deserves extended run as NYCFC No. 10 in Moralez’s absence

Who is Trevor Milton, the Nikola founder accused of sexual assault?